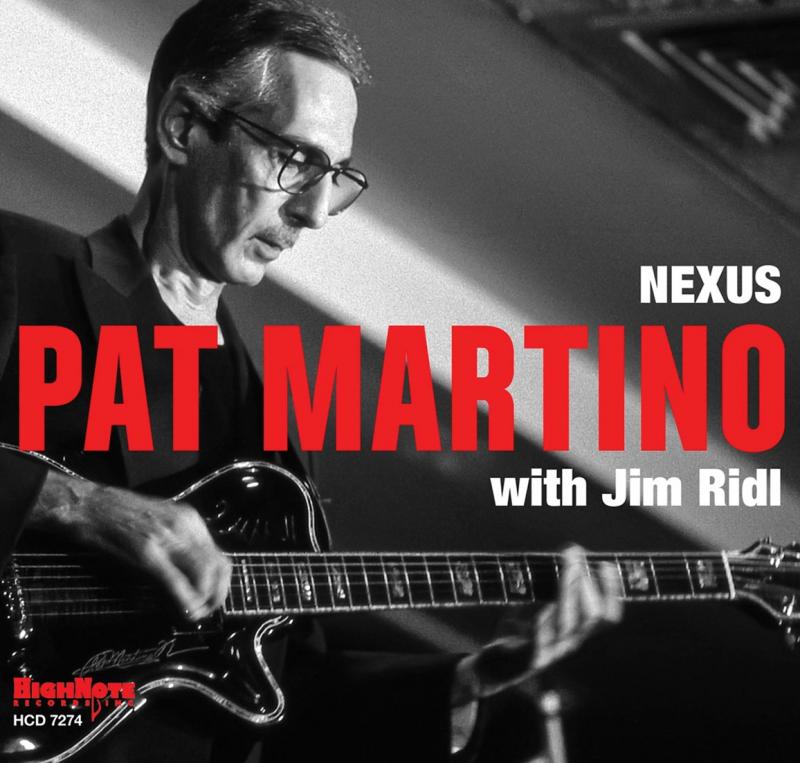 This CD is not only a fine addition to the Pat Martino catalogue, it is also of historical importance with respect to his personal and musical development. Recorded at the well-known eclectic nightclub the Tin Angel in Philadelphia in the mid-nineties (the exact date is not given and probably unknown), it is a duet set (or selections from multiple sets) featuring Martino with pianist Jim Ridl, a giant creative force in his own right, who for about ten years worked with Martino as a duet and in the latter's groups.

Following drastic surgery for a brain aneurysm in 1980, Martino lost much of his memory, and after a long period of recovery, began performing again in the late eighties. Still struggling to regain his prior form, he heard Ridl at a local club, which re-kindled his enthusiasm and discipline. He brought Ridl into his inner circle of musicians, greatly facilitating his remarkable comeback. Thus, Ridl was more than a sideman for Martino. He was a soul mate and inspiration for restoring the guitarist's confidence and career. This recording documents their profound musical connection and shows two musicians in close interaction whose playing is constantly fueled by the similarities and differences between them.

The album features compositions by Martino and Ridl, one by pianist Harold Mabern, who worked with and influenced Martino, and one by Sonny Rollins. In these tracks, we find Martino more relaxed than in other settings, and therefore we can strongly sense the introspective qualities he acquired from Les Paul and Wes Montgomery. At the same time, his driving force powers the music and is pushed up a notch by Ridl's relentless on-the-beat chord clusters, a country music inflection that is unusual for a Martino cohort yet works superbly for him. The heartfelt empathic exchanges between the two can be heard throughout, giving the album a special emotional effect. This is one of those unique recordings that is stamped with time, place, and situation.

The first track, "Recollection," is a Martino classic imbued with soul and drive. Martino takes the lead but gives Ridl openings to infuse his own vocabulary, but Ridl's main intent is to give Martino a steady backdrop to weave around. Then, "Tenetree" is a Ridl song with a country lilt, and Martino adapts well to the genre.

Like "Tenetree," "Sun on My Hands" would later appear on Ridl's CD Door in a Field (Dreambox Media, 2003), an autobiographical album in which Ridl developed musical themes from his family life growing up in North Dakota. The track is like a "door in a field" of musical expression and rapport. Ridl and Martino engage in a heartfelt musical conversation, with Martino relaxed and expressive, showing the Les Paul influence. Martino would later include the song in an entirely different arrangement and context, his groundbreaking CD, Think Tank (Blue Note, 2003).

Mabern's tune, "The Phineas Trane" is a driving, pulsating Trane ride with staccato comping by Ridl that provides an unrelenting pulse. Mabern dedicated the tune to his piano hero, Phineas Newborn, Jr. and of course to John Coltrane. Again, it reappeared on the Think Tank recording. "Country Road" is a rarely heard Martino original ballad that evokes an afternoon stroll in the countryside. Martino's slurring technique is almost zither-like at times, perhaps a nod to Ridl's country and western influence. "Interchange" is a Martino tune that again shows the Montgomery influence. It was the title tune of a CD, Interchange (Muse, 1994) released around the same time as the performances at the Tin Angel, but with Marc Johnson on bass and Sherman Ferguson on drums.

Martino is one of the best interpreters of Sonny Rollins, whose music played a central role in his initiation into bebop and hard bop. In "Oleo," the duo engages in numerous variations that sustain the buttery rhythm and off-center bebop accents. It's fast food fun.

The album concludes with Coltrane's song for his first wife, "Naima," done as it should be, instrospectively, with linear passages by Martino and Ridl's use of modernist chord changes that nuance the emotions of the piece.

In sum, Nexus is a "collectors item" album recorded in an intimate setting where you can really hear the personalities of two musicians with unique styles in interaction. It pulls your heartstrings in ways that you feel with your best friends. In this day and age when so much around us is "marketable," shiny, and surface-y, it's a welcome gift.