Les Paul is a unique blend of musician and inventor. His performing career started at the age of 13 and by the early 1950s he was the greatest jazz guitarist of his generation. As an inventor, Les Paul's breakthrough creation of the solid-body electric guitar paved the way for electric music made the sound of rock and roll possible. In 1953 while performing with Bing Crosby, he perfected the first multi- track recording machine, allowing separate lines of instrumental music and vocals to be blended together. His many recording innovations--including sound-on-sound, overdubbing, reverb effects, and multi-tracking--greatly accelerated the advancement of studio recording. One of the most influential figures in the development of modern music-making, Les Paul developed an interest in both music and electronics very early in his life 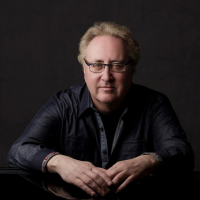 Beeswing: Losing My Way and Finding My Voice 1967-1975 Richard Thompson with Scott Timberg 304 Pages ISBN-13 : 978-1616208950 Algonquin Books 2021 Legendary British folk and folk-rock guitarist/singer/songwriter Richard Thompson focuses on his early career in this memoir. The story of his musical coming of age, it is devoted ...

Meet Roman Miroshnichenko Roman Miroshnichenko is a virtuoso guitarist, one of the premier guitarists of the new generation of the jazz-fusion music. He has received a total of 30 nominations with 10 wins in multiple international songwriting contests and music awards throughout 2010-2020, including four The Independent Music Awards, 1st Prize of the USA Songwriting Competition, ...

Les Paul (1915 to 2009) was one of the innovators in the creation of the solid body electric guitar. Paul enjoyed a long and successful career—performing and recording from 1945, backing Bing Crosby and the Andrews Sisters, offering up a bunch of singles (this was pre-33rpm album days) with his wife Mary Ford, playing with Chet ... 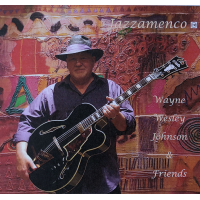 The well-traveled and now New Mexico-based guitarist Wayne Wesley Johnson pulls out all the stops on the generally engaging double-CD set Jazzamenco, using (at various times) no less than seven guest guitarists, saxophone, Latin percussion, pan flute, charango and Chinese pipa to amplify the rhythm section of keyboards, bass and drums (which is present and accounted ...