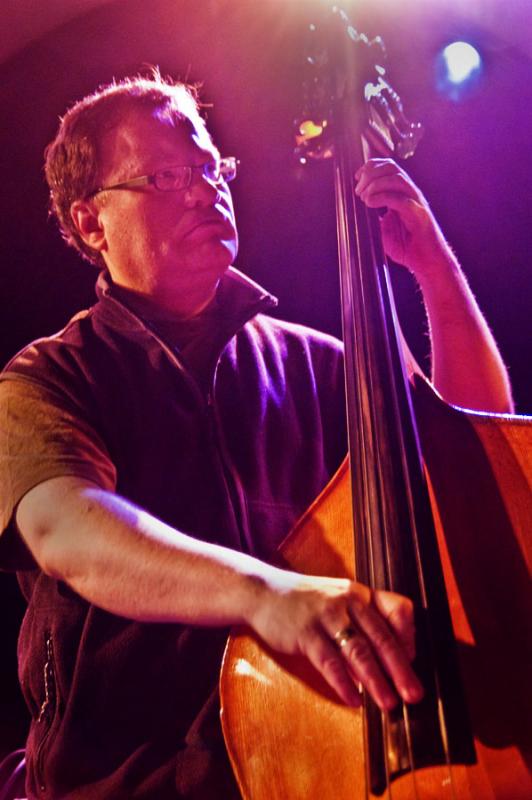 Over the past several years, amidst a variety of oddly-configured groups, Ottawa, Canada-based bassist John Geggie has brought a wealth of outstanding pianists to his annual Geggie Concert Series at the National Arts Centre's Fourth Stage. From Marilyn Crispell and Myra Melford to Craig Taborn and Bill Carrothers, Geggie has continued to pursue his "without a safety net" aesthetic, placing musicians into new and unexpected situations, and with minimal rehearsal. The only constant amongst them? To let the musicians loose and see what transpires. For his 2009/2010 season, Geggie brought a pianist with whom he'd been talking about collaborating for some time, and the result was an evening that, on paper, looked like it was going to be a relatively straight-ahead evening of mainstream jazz, but ultimately turned out to be far more.

Frank Kimbrough is no stranger to music without a safety net. His own most recent release, Rumors (Palmetto, 2010), was the result of what the New York-based pianist calls "a 'guerilla' session," orchestrated by photographer Jimmy Katz. Pulled together by Kimbrough with bassist Masa Kamaguchi and drummer Jeff Hirshfield in a three-hour session the following day—recorded more like three friends playing together in a living room than the optimal acoustic setting of a recording studio, despite taking place in one—with little to no advance discussion about the material that Kimbrough chose the evening before, it's an album of remarkable spontaneity and focused intent.

Of course, Kimbrough is no stranger to more structured music, holding the piano chair in the Maria Schneider Orchestra for over 15 years. But for his intimate evening with Geggie, the emphasis was on creative interaction, in a trio that also featured ex-Ottawa drummer Jean Martin, now a busy player and engineer on the left-of-center Toronto scene, where he runs the adventurous Barnyard Records label. Kimbrough later synopsized the two sets this exploratory trio played as "Very interesting, playing Gregorian Chant, Bartok (or at least Bartok templates) , Mompu, Rollins, Ornette, and a standard or two all on the same night—they should all be so diverse. "

They should all be so diverse, indeed. Opening the first set with a Kimbrough original, the fluid title track from his trio album Quickening (Positone, 2003), the trio set the bar high for an evening that seemed only to get better with each successive piece. Kimbrough is a master of inside/outside playing; capable of the kind of oblique freedom within a loose structure that typifies his touchstones, amongst them Paul Bley, Keith Jarrett, Andrew Hill and a hint of Cecil Taylor. With a touch that could be feather light or harder edged, but with an underlying clarity that allowed it to be heard even when the trio played at a whisper, Kimbrough's ability to engender a collective stream-of-consciousness flow of ideas while also creating an overall arc across each heavily improvised piece vividly conveyed the trio's shared sense of discovery, as Kimbrough, Geggie and Martin pushed and pulled each other, testing the waters before quickly moving towards greater depths. 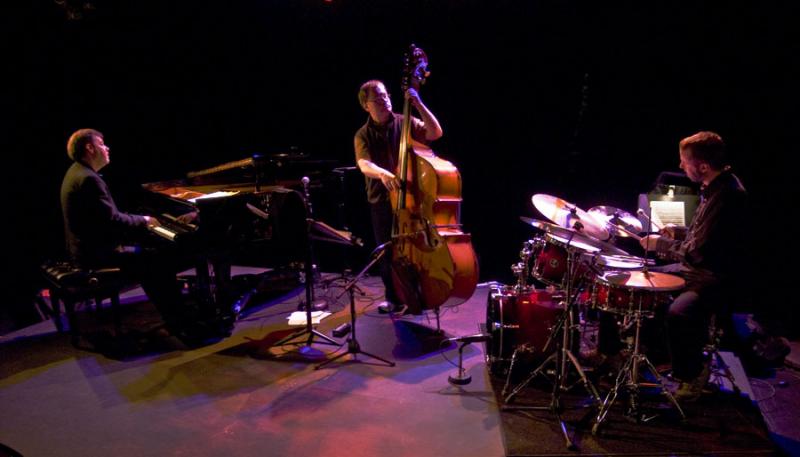 Listening to Rumors, it's hard not to feel the influence of drummer Paul Motian's temporal elasticity, and for an evening that also included a fragment from a Gregorian chant, and one of two excerpts from Hungarian composer Béla Bartók's Mikrokosmos series of piano exercises—all arranged for a trio context by Geggie and using these sources as stepping off points for further collective free play—the legendary drummer's spirit continued to loom large. Martin proved capable of more overt time—especially during the second set where the trio took respectful but loose looks at Dave Brubeck's enduring "In Your Own Sweet Way" and Sonny Rollins' equally classic (and swinging) "Doxy"—but elsewhere, in the freer sections, including a characteristically liberated but still surprising take of Ornette Coleman's often-recorded blues, "Turnaround," Martin's role was more as a colorist, adding dark cymbal swashes here, rapid-fire rim shots on his drums there. Soloing rarely, when he did, Martin proved equal to Kimbrough in creating solos of clear construction, even as they were pulled from the ether in the immediacy of the moment.

Geggie's functional support on the more straight-ahead tunes, and an increasingly muscular tone and lithe approach to linear development on the more open-ended ones, has rarely sounded this good. And, as he remarked following a particularly dark but beautiful reading of the title track to one of two recent releases, Across the Sky (Plunge, 2009), the chance to hear different groups perform some of the same material always yields no shortage of the unexpected. Ending the set with Kimbrough's abstruse "Over," where the pianist's sharp-edged melody led to an impressive solo from Martin, Geggie delivered his own percussive yet round-toned solo that makes clear why, when it comes to jazz in Ottawa, he's on a level all his own. 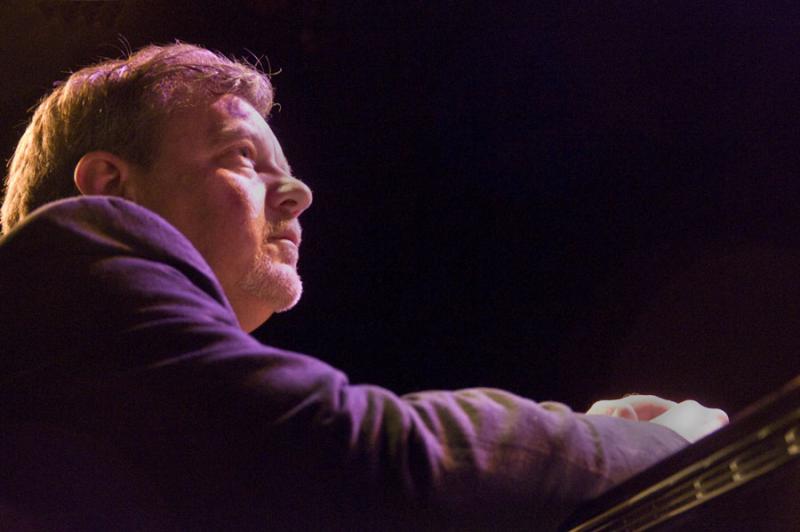 But despite being Ottawa's best-kept secret, it's Geggie's inherent humility that continues to make his Geggie Concert Series worth following...and closely. When he can bring a trio that, in defiance of all expectations, proved capable of rare empathy—traveling from sharp angles to soft curves in a nanosecond—it further supports a community of local jazz fans that, with complete and utter trust, is now flocking to the bassist's shows, even when unfamiliar with its participants. Consistently sold out (or close to) crowds often walk into one of his shows with nothing more than the expectation that Geggie will have put together something of value and interest, whatever it is. In trio with Kimbrough and Martin, Geggie has created yet another successful teaming of musicians who have never played together in this combination before. It was a particularly fine evening, and certainly one to rival other piano pairings over the past several years, thanks to a bassist with intuition, an unfettered pianist with strong compositional leanings in his improvisation, and a drummer whose control of time is only rivaled by his skill with texture.