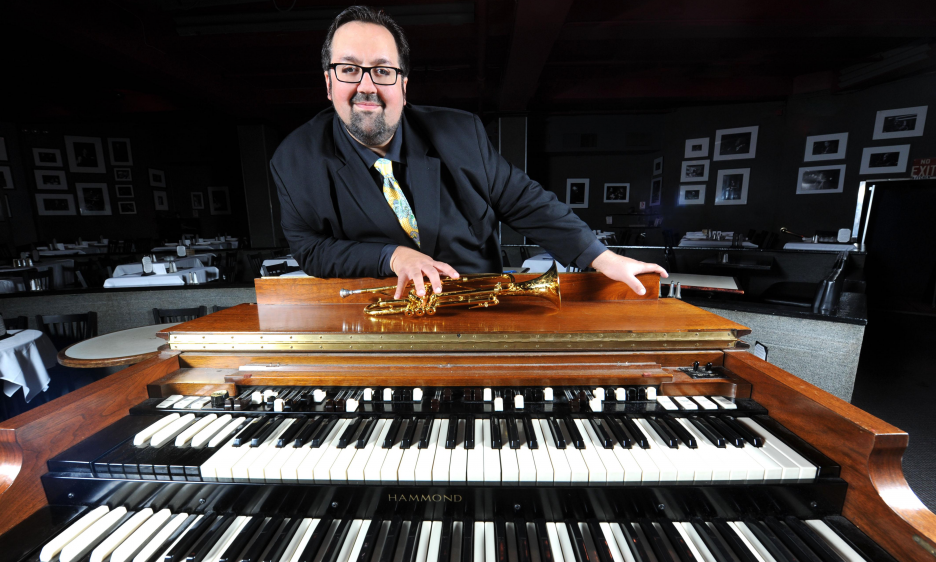 Rudy Van Gelder (1924-2016) was a rarity among sound engineers in that his name was highlighted on many album covers and he achieved legendary status in the jazz world. He initially held recording sessions in the living room of his parents' home in Teaneck, New Jersey. In 1959, he moved to a recording studio built according to his specifications in nearby Englewood Cliffs. Many musicians appreciated van Gelder's approach and the sheer quality of sound he achieved. Several record labels valued Van Gelder, most notably Blue Note during the bebop and hard bop periods. Blue Note's founders/owner/directors, Alfred Lion and Francis Wolff, used him for almost all their now historic recordings from 1953 to 1967. Many other milestone recordings —like John Coltrane's A Love Supreme (Impulse! 1964)—were recorded at Van Gelder's studio.

The Van Gelder studio still houses a Hammond C-3 (not B-3, as is usually supposed) used by the likes of Jimmy Smith, Larry Young, Ray Charles, Shirley Scott, Jack McDuff, Jimmy McGriff, Charles Earland, and Dr. Lonnie Smith. Most of these icons are gone, but Joey DeFrancesco recorded one of his first albums at the Van Gelder studio—Where Were You (Columbia, 1990)—and is universally considered a legendary master of the instrument. The studio is still active today and regularly streams the "Live from Van Gelder Studios" concerts (at vangelderlive.com). The choice of this great organist to demonstrate this organ's powers in this series was a no-brainer.

DeFrancesco brought along three first-class musicians: Houston Person on tenor saxophone, Peter Bernstein on guitar and Billy Hart on drums. He has worked with all of them at various times, and with Hart from the earliest part of his career. Despite their different backgrounds and approaches, they quickly coalesced as a quartet.

Person played simple but interesting bop phrases that contrasted with the complexity of the organ. Bernstein stayed in close coordination with DeFrancesco, often playing the melodic lines in unison with him and highlighting the wonderful tonal blend of guitar and organ. Hart was the most creative among them, searching out hidden rhythmic patterns, but always providing just what the others needed in both pulse and nuance.

Most of the tunes were either unfamiliar or composed for the occasion, but they all had a blues feel that allowed DeFrancesco to perform at his most relaxed. The highlight was the group coming together beautifully for Bobby Timmons' "Moanin,'" a standard evoking the pianist /composer's time with the Jazz Messengers. This group provided a deliciously cool feeling all its own that paradoxically allowed DeFrancesco to pull out all the stops. The group's playing followed the Van Gelder tradition: the musicians focused on the quality of the music rather than sensationalism, with each player given the space to be themselves while participating in a collective experience.

With a good sound system, it was possible to pick up all the earmarks of Van Gelder's finely crafted sound, from microphone placement to mastering, with its clear differentiation of timbres and instrumental separation. Sound engineer and current studio owner Maureen Sickler was Van Gelder's assistant engineer for over 30 years. The sound she crafted was no carbon copy of her mentor but had the earmarks of his approach. Interested musicians and labels should note she is happy to answer questions about the studio's archive of over 30 years of recordings.