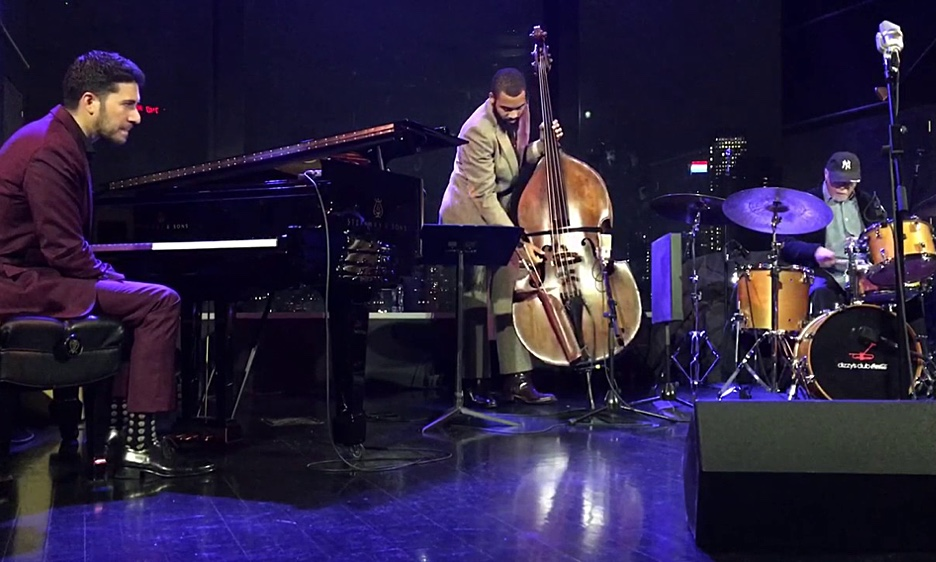 Getting older has demonstrated to me something that Art Blakey once said: talent is the speed with which you learn something. That means, to me at least, that if you honestly stick with it music will ultimately reward you...

So there I was the other day, taking a yoga lesson, trying to loosen my aching muscles. I'm at that age where it aches if I do exercise, and I stiffen if I don't. The instructor was a young woman with the flexibility of a baby who can suck her own toes. She asked us to lie on our backs and make a figure 4 with our legs in the air, then grasp a thigh and pull back... You get the picture, I'm sure. It was at this point I realized two things: it wasn't nearly this hard to do this pose two years ago, and the effort seemed funny. I sort of got there, but the attempt was a sudden confrontation with how my body is changing as I get older. I wrestled, groaned, finally got there and looked at my wife and started giggling, which then set her off. As a friend of mine once said, growing old isn't for wimps.

This got me thinking about growing old in general. I was at the Litchfield jazz festival this summer, and watched Orrin Evans play a terrific set with a bassist who had just finished high school, and a young tenor player (whose name I'm ashamed to say I forget) he met at a jazz workshop in Philadelphia when the saxophonist was 16. Then we saw Emmet Cohen (in his late 20s) and Russell Hall play an equally excellent trio set with 89 year-old Jimmy Cobb.

Jimmy is the last remaining member alive of the seminal Kind of Blue session, though that fame barely acknowledges what he has contributed to jazz over the decades. Saxophonist Don Braden said he asked Jimmy what he thought contributed to his longevity, and Jimmy said, "I never took drugs. All those other guys took drugs, and they're all gone now." One of the things about growing old in the arts is that if you're not top tier (and even in some cases if you are) you can feel threatened with irrelevance as the latest and newest players and their gimmicks steamroller forward in a voracious quest to make a mark with an audience that is less and less aware of who the living greats of yesterday are and what they continue to contribute to the art form.

Emmet has started a "Masters Legacy Series" partly to provide maestros of their instruments a way to record and discuss and pass along the unwritten folklore of jazz they both harbor and embody. Volume 1 features Jimmy Cobb, and Vol. 2, Ron Carter. Future releases will include Emmet's recordings with Benny Golson, Albert Tootie Heath, and George Coleman. (You can catch Emmet and Big George at Dizzy's Club Coca Cola at the end of this month—August, 2018.)

What's particularly interesting for me is that Emmet really practices what he preaches. At his residency at Smoke jazz club in upper Manhattan, where he plays organ for a late night set (originally on a Tuesday, now Wednesday after midnight), he is generous with invitations to sit in and play with him and the band. That's how we met. A couple of years ago my, at the time, 11 year old son came home and excitedly told me he'd just met Emmet at a New York City sponsored jazz concert at his middle school. When Emmet learned that Ben loved jazz and was learning to play jazz violin he'd invited him to sit in and play with him. The now 15 year old Ben, substantially taller, broader and more experienced as a player, ran into Emmet at the Litchfield festival this year. (Emmet attended the Litchfield Jazz Camp (as did Ben this year) in its early days when he was 15. It changed his life, he said.) Ben was playing in the B tent while Emmet was a featured player on the main stage. As soon as they met Emmet beamed a broad smile and told Ben, "I remember you. You're the kid who knew all about Louis Armstrong and played with us." My son, whose goal is to become a jazz violinist (God help me!) was, as you can well imagine, lifted to new heights. Here was an older, virtuosic player handing down something intangibly important to a younger player, telling him he's been exactly where Ben is now, just as Jimmy and Ron and Big George and the others, in their own way, have done for Emmet.

Playing with younger musicians feeds you and keeps you alive, and it ensures the torch is being kept alive and held aloft. When I was starting out one of my heroes was the Scottish tenor player Bobby Wellins. His recording with British pianist/composer Stan Tracey of Under Milk Wood is arguably one of the great British jazz recordings. I all but wore the record out as a teenager. So there I am, on a gig in a pub in Brighton or somewhere south of London anyway in the mid-1970s, and who appears on the gig with my shaggy haired, long-limbed friend Tim trotting alongside, but Bobby. Tim had run into Bobby, who was just out of rehab, and asked him to play the gig. Bobby generously agreed. I was totally shaken at the prospect of playing with him. We got through the first tune and I'm pretty sure I was a nervous wreck during and certainly after. After all, I was playing by happy accident with one of my heroes and did not feel ready. Then Bobby leaned over and quietly made some complimentary comments to me about my playing, and I realized it was going to be all right.

Players of the caliber of Bobby, and George Coleman and Warne Marsh, Jack Wilkins and Peter Bernstein to mention a handful I've been incredibly lucky enough to get to know and play with a little bit, exude a musical presence that is awe inspiring. Depending on who they are, and these particular guys are immensely generous on the stand, their musical power somehow lifts you up and empowers you, while at the same time challenging you to meet it on its own terms. There is no compromise, nor should there be. All you have to do is find the courage to accept the challenge. Peter Bernstein once commented that when he studied at the New School, and Jim Hall taught a class, Jim's accompaniment always made everyone sound better. It's like talking with Sartre or Betrand Russell and have them actually treat you as a peer. I likely played better that night with Bobby than I did for a long time after. More to the point, Bobby and I became friends and over the years he helped me see all kinds of things about life and overcoming adversity, and music, and often invited me to play with him when I was back in town. He was always warm and encouraging and is sorely missed.

So what's the point here? As I grow older and continue playing, one of the things that has come more and more into focus is a certain clarity about music. That's not to suggest I have answers, by any means, but that as you grow older you begin to understand what's really important you should be focusing on. I recall the generosity of the people I've met and known and feel I need to somehow pay it forward to those who want to really try and make music with me. One aspect of that is that I strive to be and enjoy being an accompanist. Technique has a purpose, and isn't an end in itself any more. (Wes Montgomery once said, you need as much technique as you have ideas to play.) For me it's about becoming more and more intimate with the fingerboard, and really embracing the idea that harmony is derived from melody, it isn't separate from it.

Jazz feeds you as a musician as you grow older. You gain something, a depth of spirit—soul if you like. You strive to find simpler, more profound ways to say what it is you want to share. Getting older has demonstrated to me something that Art Blakey once said: talent is the speed with which you learn something. That means, to me at least, that if you honestly stick with it music will ultimately reward you, though it may reward others "more talented" than you sooner. It implies listening, rather than just waiting to speak. When I see guys like Jack Wilkins and Mike Clark playing a trio with bassist Andy McKee, you can revel in the excitement of listening to the back and forth of musical ideas between the players. It's an adventure, it's unpredictable and exciting, and regardless of how many or how few notes anyone plays, there is a flow going on that envelopes the musicians, and reaches out and touches everyone who's listening with ears to hear.

There's simply nothing richer. It makes you glad to feel alive. 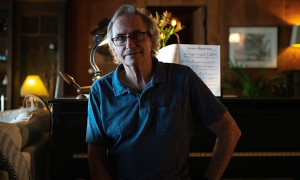 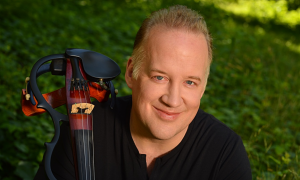