Greg Diamond: Conduit as the Direction 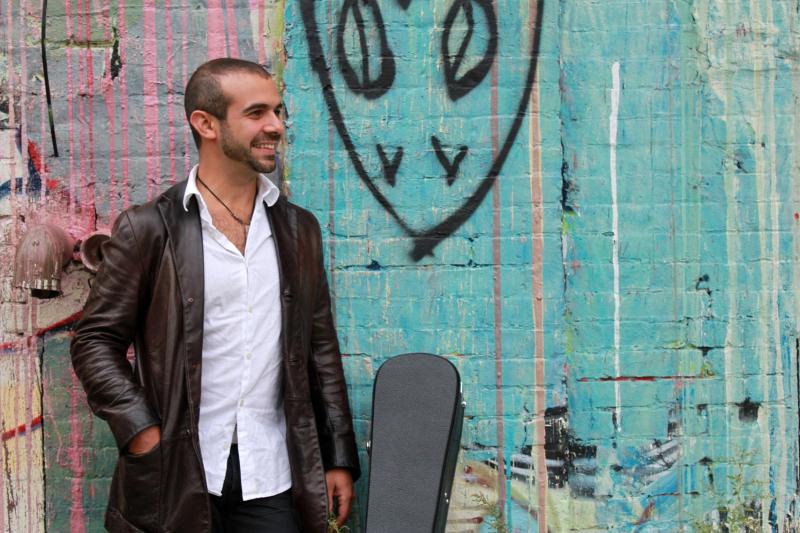 By Marta Ramon
December 18, 2012
Sign in to view read count
Guitarist Greg Diamond has found his niche at the New York jazz scene. This cosmopolitan man knows how to pour both of his roots, New Yorker and Colombian, into his music. He has set his own style that lets his music be recognized. His playing has led him to perform with accomplished jazz musicians like saxophonist Seamus Blake, pianist Emilio Solla, trumpeter Michael Philip Mossman and many others.

At the beginning of the 2012, Diamond launched his second album, Conduit (Dot Time Records, 2012), which marks a first step of maturity in his professional career. This album, made up entirely of his own compositions, functions as a demonstration of the different styles that converge in his playing.

The guitarist presented his album in Spain, the last stop on his tour being the Jimmy Glass International Jazz Festival. For this tour he performed with an exclusive quartet formed by vivacious drummer Jeffrey Fajardo, bassist Reinier Elizarde and vibrant tenor saxophonist Ariel Brínguez.

All About Jazz: You have presented your recent album, Conduit, in Spain. How was your experience with the Spanish public?

Greg Diamond: The Spanish public has been really warm and receptive. They really get into the music and they feed off of our energy. One woman that saw us perform in Murcia said something that I found quite humbling and that kind of took me by surprise. She said something like: "Greg, you have to keep doing what you're doing because when you bring us your music, you reach us and enrich our lives, you really do us a great service" . That was the first time that anyone had ever said anything like that to me. In New York we rarely get that kind of appreciation from the public. It definitely opened my eyes and I realized that there are people out there who really need this kind of music for sustenance.

AAJ: Conduit is a rich album where different sounds melt together.

GD: Indeed, in this record we took various elements and somehow found a way to make them work together. This music is a reflection of our reality here in New York, where we're constantly exposed to an enormous variety of cultures and sounds. The reason we often use the word "contemporary," vis-à-vis what we endeavor to do as jazz artists, is because what we are producing is a reflection of our day-to-day life. Being that New York is perhaps the most culturally and ethnically diverse of all cities, that might also explain why I, and many of my peers, like to infuse different elements into my music. That's the beauty of this art form; it comes from a very specific Place, but it's universal in nature.

AAJ: What musical influences can we find in it?

GD: There are so many ...I get my inspiration from traditional jazz icons like [pianists] Duke Ellington and Thelonious Monk, [saxophonists] John Coltrane and [Charlie Parker] BIrd, [trumpeter] Miles Davis, [drummer] Art Blakey, [guitarist] Jim Hall... to artists who are in the spotlight today like [saxophonist] Miguel Zenon, [guitarist] John Scofield, [pianist] Guillermo Klein, [guitarists] Peter Bernstein and Kurt Rosenwinkel... I'm also into [pianist] Eddie Palmieri, [composers] Arsenio Rodriguez, Hermeto Pascoal, Hector Lavoe, Lucho Bermúdez, Laraine Alison, Elis Regina and Joao Gilberto, Radiohead, The Meters, and the list can go on and on.Throughout this tour I've been getting a lot of references to [guitarist] Carlos Santana. Jeffrey, my drummer, has been teasing me throughout the tour with a term that we overheard from one of the staff at Bogui in Madrid, "Santana Jazz. " We got a real kick out of that. I used to listen to early Santana a lot when I was growing up, so I don't mind the association at all. He really was a big inspiration for me as a teenager, as were other classic rock giants like [guitarists] Jimmy Page and Jimi Hendrix. 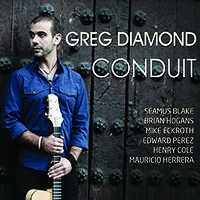 AAJ: You are referred to as a Latin jazz guitarist. Do you agree?

GD: Yes and no. I don't like being put into a category—no one likes it. It's too restrictive and misleading. Be that as it may, I can't say that I'm not a Latin jazz guitarist. There is a strong Latin component in what I am doing, it's obvious, and it is a reflection of who I am. The problem that I have with "Latin jazz," in the broadest sense of the term, is that it often refers to a sound that I find generic, dated, and hokey. I want to distance myself from that. I also feel that the "Latin" component is only one of many that you'll find in this music. This music is modal, it has a lot of odd-meter, even-eighth, pocket, and it infuses a variety of different Latin and South American rhythms from countries like Cuba, Colombia, Uruguay, and Brazil. Unfortunately as jazz artists we all have to present a condensed version of ourselves to the public. So even though I'm not totally comfortable being categorized as a Latin jazz artist I've accepted this as a reality, and I'm ok with it.

AAJ: Your band is a quintet, but you recorded the album in a sextet formation. Why did you decide to use this format?

GD: The formation of my band is anywhere from a quartet to a sextet. I like quintet with piano and sax for two main reasons. I like using sax to double unison lines with guitar. This music is energetic and vibrant and the saxophone adds a certain edge and makes it more compelling and lyrical. The piano adds color, warmth, and harmonic/rhythmic support. I also write a lot of my music on the piano and I have parts written specifically for piano. When we perform without piano, it's more of a challenge but I really enjoy it as well. It changes the vibe completely. The reason I added percussion is because it adds a different color to the music and it also gives it more drive and groove. We don't always have the luxury of performing as a sextet, but when we do it's really great, especially with Mauricio. Mauricio is phenomenal.

AAJ: Seamus Blake is on Conduit , what does this tenor player give to your compositions?

GD: Seamus is one of my favorite tenor sax players out there. His tone, his lyricism, his range, his control, his soulfulness...these are all trademarks of his playing—he has it all. He also has a very distinguishable sound that's immediately identifiable just like Dex [Dexter Gordon], Trane, Sonny Rollins, Cannonball Adderley, Wayne Shorter, etcetera. I feel that he's been a great fit on both records because he's one of the most melodic players around today, and that really meshes well within the framework of this music. I feel that in this repertory melody, form, and groove are all inextricably linked; Seamus understands the vibe of this music and brings it to another level. I'm really grateful for that.

GD: There are very notable differences. There is a four-year gap between both record dates. We added piano, and there's a different drummer and percussionist. There's no question in my mind that I sound very different on this record than I did on Dançando. We, as musician,s are constantly changing and evolving and what we produce is a direct reflection of that. If you're playing the same exact way today than you did a year ago, then there is something wrong. Music and art, just like life, is a process of evolution. Another big difference between Conduit and Dançando is in the repertory. This record is all original music and Dançando was half covers and half originals. I feel much more confident with myself as a composer now than I did five years ago. For the past few years we've only been playing my tunes at our shows as well as on tour. If the guys in the band were not totally invested in the music that I write then I would pick other covers—thankfully they are and we always have a blast when we play together.

The guys in my band keep inspiring me to keep pushing forward with this project. Their faith in me is galvanizing—I really admire and respect each one of them tremendously as musicians and friends. Finally another difference in this record is the general band sound. We had been playing this material for a while before going in to record. Our sound and vibe as a band was more defined, everyone was really comfortable with the music before going in to record, and that made a big difference.

AAJ: Do you think that with this album you set the beginning of the consolidation in your musical career?

GD: It's tough to say. I feel that we've definitely set the course. We've all grown together as a band and defined our sound. Everyone in this band has taken the music, internalized it, and made it his own. Now that we have laid down the foundation we want to get the music out there. I have quite a bit of new music that I really want to record as well, and I intend to do so when I raise up some funds. It's hard to say where things will go in the future. I feel that there's still so much to learn, but for now, I'm just living in the moment, taking things as they come one day at a time.