Mossman's early career included a tour of Europe with Anthony Braxton in 1978 and tours with Roscoe Mitchell in the early 1980s. He also did session work in the 1980s, for Styx among others. He played with Lionel Hampton, Art Blakey's Jazz Messengers, and Machito before joining the Blue Note Records ensemble Out of the Blue in 1985. Following this he worked with Toshiko Akiyoshi, Horace Silver (1989–91), Gerry Mulligan (1992), Dizzy Gillespie, Slide Hampton, Michel Camilo, Mario Bauza, Eddie Palmieri, and the Philip Morris Superband. He has also appeared in the documentary Calle 54 (2000).

Mossman's recent activity includes a Grammy nomination in 2013 for Best Instrumental Arrangement for his Afro-Latin Suite for Ellington recorded on Bobby Sanabria's "Multiverse" album. His work with Academy Award winning director Fernando Trueba includes scoring music for the Academy Award nominated (2012) film Chico and Rita. Mossman works regularly as guest performer, arranger and conductor with the radio orchestras in Germany. Mossman has also conducted the Bilbao Orkesta Sinfonica in Spain in a program of his own works. He arranged and conducted "Mambo Nights" with Arturo Sandoval and "Missa Afro-Cubana" with the WDR Bigband of Cologne, and Spirits Dancing with David Sanborn with the HR Bigband of Frankfurt (2009), while Latin Jazz Latino with Joe Gallardo was recorded by the NDR Bigband of Hamburg and released on Skip Records (2006). His ballet, Beneath the Mask, was performed at Harris Theater in Chicago by Jon Faddis and the Chicago Jazz Ensemble and the Deeply Rooted Dance Company, choreographed by Mayte Vicens with sets designed by Leslie Giuliani, in 2006. His arrangement of Jon Faddis' "Teranga" was performed by the Philadelphia Orchestra at Kimmel Center in 2006. His arrangement of Paquito D'Rivera's "I Remember Diz" was performed by the Louisiana Philharmonic in 2010. He has also arranged for the Tri-City Symphony of Davenport, Iowa (2011). His "Latin Tinge" project was performed at Kennedy Center in Washington, D.C with Paquito D'Rivera, the Quartet Indigo string quartet and guest Mayte Vicens as Flamenco dancer in 2010. 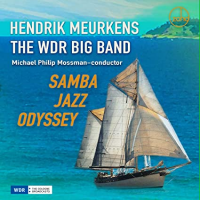 All About Jazz musician pages are maintained by musicians, publicists and trusted members like you. Interested? Tell us why you would like to improve the Michael Philip Mossman musician page.