Good Vibes: A Life in Jazz

BY BOB JACOBSON
November 12, 2004
Sign in to view read count 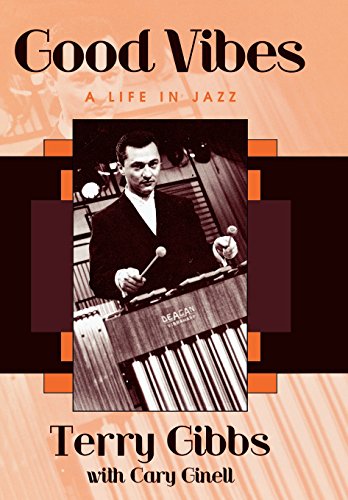 Terry Gibbs recently turned eighty. He's still going strong. Having lived longer than all his bandleaders and most colleagues, he felt very free to relate his experiences with them in this autobiography last year. The results were frank and frequently funny.

Julius Gubenko (his real name) came from a musical family in Brooklyn. By age twelve, he'd won the Major Bowes amateur contest on xylophone. Throughout high school he played Jewish and pop music. Home on furlough during World War II, he dove headlong into the modern jazz scene brewing on 52nd Street. Soon after the war, Gibbs played vibes with Tommy Dorsey (tenure: one song!), Woody Herman's second Herd, Buddy Rich and Benny Goodman, who he dubs "El Foggo". Gibbs joined Chubby Jackson in the first be-bop foray into Sweden. Each of these experiences gets a full chapter. From there Gibbs became a leader, notably of The Dream Band, then as musical director for television hosts Regis Philbin, Chuck Barris and Steve Allen. A virtual Who's Who of jazz appears in his performing history.

Most of Gibbs' book provides absorbing reading, whether he's recounting humorous show business experiences, giving his take on racial discrimination or describing his handling of stars' ego "issues", from Jerry Lewis to Ray Charles to Phil Spector. Gibbs proudly cites his considerable accomplishments without bragging. He admits mistakes, such as not hiring Joe Morello because he thought the drummer looked weird. Along the way there Gibbs provides good lessons in musical choices and human relations. One of the big surprises of Good Vibes was learning that one of Gibbs' pianists in the early '60's was Alice McLeod (later Coltrane), who even appeared on his album Terry Gibbs Plays Jewish Melodies in Jazztime.

This book is primarily about Gibbs' experiences. Don't expect much musical analysis. I have only one quibble. Gibbs tends to throw around Yiddish expressions, which add color and authenticity. Unfortunately, they're not always defined.

Bob Jacobson is a musician and free lance writer in Baltimore, Maryland.