Erin Dickins: In Her Own Voice

By CHRIS M. SLAWECKI
December 20, 2011
Sign in to view read count
AAJ: Your voice sounds very much suited to "My Foolish Heart" from Tony Bennett's work with Bill Evans.

ED: It's beautiful. I'll tell you what I do off that album and I'm going to record it for my next album: "We'll Be Together Again." It was written by Carl Fischer, who took it to Frankie Layne who wrote lyrics to it. 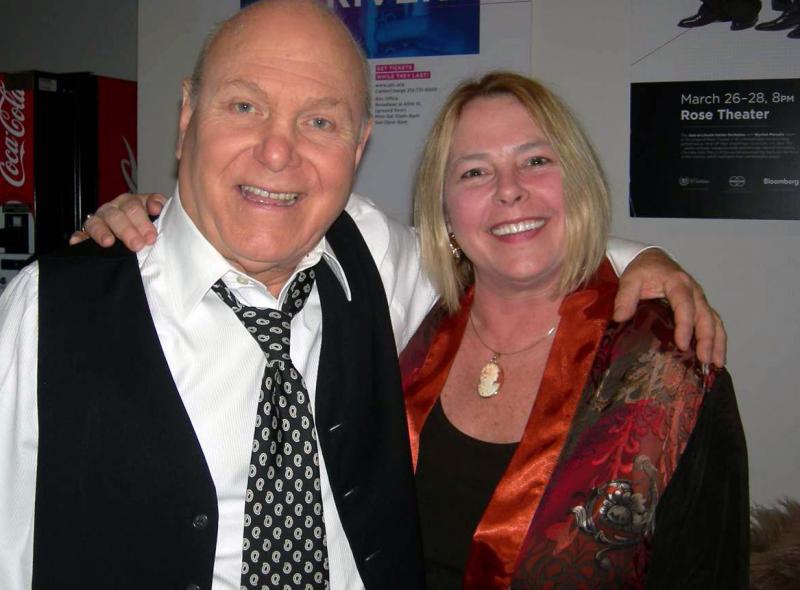 
AAJ: When it's just you and you're all alone and blue, what two or three songs do you sing to yourself?

ED: My first, immediate response is that I don't want to sing, I just want my dog! It's not so much that I sing to myself. I'll say that again: I really don't. But misery loves company, and so when I'm down, I pick some heart-wrenchers. Jackson Browne has a song called "All Good Things (Got to Come to an End)." That Jackson Browne album I'm Alive (Elektra, 1993), which also has "Too Many Angels," was recorded right after he broke up with Daryl Hannah, and it was the most self-indulgent, bummed-out album, but that's up there. The Tony Bennett / Bill Evans (1975, Fantasy) album. Another song that I really love and which comes into my mind a lot is a Gershwin tune called "But Not For Me." There's something about the way that the melody rubs against the changes that is wrenching.

AAJ: Getting back to Joni Mitchell, do you have a favorite record or timeframe of hers?

ED: I do have a favorite record and it's not what you think it will be. You're going to have to help me with the title of it. It's the one that has "Car on a Hill" and "Help Me" on it [Court & Spark (Asylum, 1974)]. She's an amazing, amazing musician.

AAJ: What did you think of her orchestral record, Both Sides Now (Reprise, 2000)?

ED: When you asked me that question about my CD having a theme—now, Joni, talk about a theme, from young love to lost love! I thought you were headed there when you asked that question because Both Sides Now is one of the best themed albums I've ever heard. Her song selection is just fantastic and the arrangements are perfection. A lot of people don't like it because her voice is so shot, but I think it's a masterful recording.

AAJ: Would you tell us about the performing arts summer program you founded, SummerFame?

ED: SummerFame is a program that came out of a partnership with a great friend, Alex Handy. For about nine years, he and I produced great big musical comedy revues—and when I say "great big," I mean 200+ in the cast and crew—every year, to benefit Habitat for Humanity in my little hometown in Maryland. After the last one, we had cumulatively raised enough money to build three houses. There are no words for the feeling that one gets from doing something as passionate as music, what I love most, and seeing it help my community.

We wanted to do something ongoing in our community around the arts. At that time, there were many cutbacks in music and art programs in schools, so we started an organization called the Community Alliance for the Performing Arts. Our plan was to benefit theatre and to keep theatre alive: One of the biggest problems that Broadway has is wondering how they're going to get butts in the seats in the future because we are not engendering a passion for theatre in young people. If you don't inspire the next generation, the art form is no longer supported.

Kids are getting their programs cut in school, yet we know that involvement in the arts, the performing arts in particular, is transformational to kids: It raises test scores, raises confidence, helps them with coping and teamwork skills, and teaches anti-bullying techniques. It is the best thing that you can do for kids.

At SummerFame, we immerse kids grades K-12 in all three disciplines—singing, dancing, and acting—and now also in film. We teach them behind the camera and in front of the camera arts and stage craft. They learn costume design and makeup, lighting and stage management. One fun thing we did was, in order to get our younger kids into Shakespeare, we asked them take a verse and put it to popular music that they liked. One of the most successful ones took a few verses and wrote a hip-hop tune for the verses. When we asked the kids to read these verses the first time through, they didn't understand the dialogue; but after we broke it down and they put it to music they liked, they understood it. They wanted to do more Shakespeare.

We work with these kids for a few weeks and they present recitals. Then we have a theatre company that takes these kids and gives them roles whenever possible: Some of the kids work backstage or get involved in other productions or workshops with local community theatres.

I stepped down several years ago, and they've now rolled our program into another children's program with the Avalon Foundation, a very active foundation in the area. SummerFame still exists today, and it's fantastic. I'm proud of it, and when you see the changes in the kids...one year, there was a girl who came in overweight, had no friends, wouldn't talk to anybody, sat in the corner and ate her lunch alone, refused to dance, and didn't want to sing. She was terrified. By the end of her two weeks, she had made a ton of friends and was a lead dancer in a number from Grease, right up front. I was so happy for her it made me cry. Her life had changed.

AAJ: Have you finalized any dates for Europe and/or China in 2012?

ED: China's been a tough nut to crack. We talk and talk and negotiate and we've made great progress, but nothing is inked yet. Sadly, my first booking in Bangkok was cancelled. They've been experiencing such extraordinary floods; there are probably between three and four hundred thousand homeless people, the water is ten feet deep in some areas of Bangkok, and a lot of industry has been lost. It's very sad.

We've been invited to Canadian Music Week in March 2012 as one of the first jazz artists they've ever had; they're adding jazz to the program this year. We're attending the Jazz Ahead conference in Bremen, Germany in April, and we're booking dates in Germany, Austria, and Benelux around that. I am also developing a new project for European festival dates with an old friend who's a fabulous rock guitarist, Elliott Randall—you probably know his work with Steely Dan. Our collaboration is called, "Rock Me to the End of Jazz," based, of course, on Leonard Cohen's great song "Dance Me to the End of Love." Elliot and I are taking jazz tunes in my style and moving them out of the genre into a new soundscape. I have a live recording of "We'll Be Together Again" which I sent over to Elliott. It's with pianist Stefan Scaggiari, an extraordinary musician who will hopefully play all these tour dates with me. Right now, while we're talking, Elliott is mixing his soundscape guitar on top of that jazz tune, just taking it straight out of its box. We're having so much fun. We also have some originals, some which Jesse has written, that we're going to start working on soon. We're planning to do a bunch of dates together in 2012.

Since we couldn't go to Bangkok this December, I have been invited instead to an October 2012 conference called Bangkok: City of Jazz. I've been asked to serve as panelist and Stef Scaggiari and I have also been asked to do jazz outreach programs in Bangkok for Thai children on behalf of the American embassy. We are booking some Asian festivals as well. There is so much going on right now...some Spain dates, a South African thing and possibly some dates in Australia. I am very grateful and really excited about everything that's coming my way.

AAJ: What else is happening in your career and your life?

ED: I've started studying again. I found a remarkable voice teacher who insisted that the best way she could help me, before she even got near my voice, was to make me a better pianist. No more hunting and pecking—good piano playing. So then voice and piano led me to discover the Alexander technique, a practice that one does for balance and coordination and posture, a "being centered" kind of a thing. It's especially beneficial for musicians. I can't tell you what this does to your brain. I feel like a college student—it's like I'm taking three courses!

AAJ: Okay, so why don't nice girls stay for breakfast?

ED: You know, there's an old musicians' joke from the 1970s: What's the first thing a chick singer does in the morning? She puts her clothes on and goes home. I think that there are plenty of nice girls who are staying for breakfast, I really do, but maybe we just don't want our moms to know.

All Photos: Courtesy of Erin Dickins