Astrud Gilberto, known as "The Girl from Ipanema" and often referred to as "The Queen of Bossa-Nova," is an artist with roots firmly planted in Brazilian music. Her music has become an interesting combination of the sensual rhythms of Brazil and American Pop and Jazz.

Born in the Northeast of Brazil, in the state of Bahia, one of three sisters of a German father and a Brazilian mother, Astrud grew up in Rio de Janeiro. She immigrated to the United States in the early 1960s, where she resides since then.

Astrud was first introduced to the World at large in 1964 through "The Girl From Ipanema," the Grammy-winning recording with Stan Getz and her then-husband João Gilberto (the father of Bossa Nova). The fact that Astrud seldom grants interviews made it possible for many untruthful versions on how her guest appearance in the Getz & Gilberto album came about to be printed here and there, such as that she was "discovered" by Creed Taylor, or by Stan Getz, or yet, by Jobim, when the only truth is that she was invited to participate in the album by João Gilberto, who has great admiration for her singing talents.

Astrud's recordings exposed the nations of the World to the sensuality of Brazilian music and to her unique vocal interpretations of American music, such as "The Shadow of your Smile," "It Might as well be Spring," "Fly Me to the Moon," "Look to the Rainbow" (from her album of the same title, with Gil Evans), "Love Story", etc...

Following the hit with "Ipanema" her recording career quickly took off. Her first solo effort, "The Astrud Gilberto Album" was an immediate best-seller and was itself nominated as album of the year. Her next albums were all chart-toppers and were released on a yearly schedule. Her talents were much in demand in other areas as well as she appeared in two motion pictures, "The Hanged Man" and "Get Yourself a College Girl" and also recorded the soundtrack for "The Deadly Affair" arranged by Quincy Jones. She made appearances in all of the popular US television shows of the time, and had TV specials built around her in Europe, Japan and Africa. For many years she was the voice of Eastern Airlines, having recorded award-winning commercials.

In the early seventies Astrud revealed another facet of her talents, her songwriting, which was introduced on the albums "Astrud Gilberto Now" (1972) and "That Girl From Ipanema" (1977). On the "That Girl from Ipanema" album Astrud recorded one of her songs, "Far Away" (with lyrics by Hal Shaper) as a duet with the legendary Chet Baker. As she has revealed in interviews, this was one of the most rewarding events of her career, since Chet has been one of Astrud's idols dating back to her teenage years. In 1976, one of her compositions, "Live Today" (co-written with Jerome Schur), received an award at the Tokyo Music Festival.

In the early eighties, Astrud Gilberto formed a group, a sextet comprised of piano, bass, drums, trombone, guitar and percussion. Her son, Marcelo Gilberto, joined her group as bassist. With this group format, she toured Europe, Japan, Canada, and the United States. With the aid of Marcelo's valuable musical contributions, she polished the group's arrangements and entered a different phase in her career, as her music became more diversified and her songwriting more proliferous. Her shows, from the beginning of her career up to her last public appearance (2001), have been usually sold out and at many venues she has broken the house record in attendance. Seeking for a way to overcome her stage fright, which was sometimes overwhelming, Astrud attended the Stella Adler School of Acting, for a couple of years, in the early eighties. The experience was helpful. Although still shy, Astrud learned to control the stage fright to the extent that she can "live with it".

Her album "Astrud Gilberto Plus The James Last Orchestra" released in 1987, solidified her career as songwriter. The album includes a few of her own original compositions of which "Champagne & Caviar" "Amor e Som" and "I'm nothing without you" (Astrud's lyrics to A.C. Jobim's melody) are best known. The release of this album combined with the reissuing of some of her early records as CDs has created a whole new generation of fans for Astrud Gilberto all over the world, in addition to her already large number of followers. The "Astrud Gilberto Plus the James Last Orchestra" album was extremely well received by critics, as well as fellow artists.

In 1990, Astrud Gilberto, along with her sons Marcelo Gilberto and Gregory Lasorsa, formed Gregmar Productions, Inc. In the years that followed, Astrud toured extensively, developing her live show and writing new material.

In 1992, Astrud received the "Latin Jazz USA Award for Lifetime Achievement" for her outstanding contribution to Latin jazz music.

In 1995, the first project by Gregmar studios was released on an album as tribute to Jobim on the label Ps Flag/BMG ("Heirs To Jobim"). The song, "Forever Green" one of Jobim's last compositions before passing away, features saxophonist Michael Brecker. In that same year, in a sold-out Thursday night appearance, Astrud Gilberto became the first "Jazz" Artist to sing at the trendy "House of Blues" in Los Angeles, which had until then presented Blues and Rock acts, exclusively. She has also broken house records at the very popular "Jazz Cafe" club in London.

In early 1996 the first album from Gregmar was released in the Asian territories, including Japan, on the Pony Canyon label. It is comprised of various live performances recorded in NYC in 1989, for which is called "Astrud Gilberto - Live in New York."

The "Desafinado" duet with George Michael, in 1996 included on the "Red Hot & Rio" album, gained international attention, and exposed the Bossa Nova style to a large number of Pop music fans.

Also in 1996, Astrud recorded a duet with French vocalist, Ettienne Daho. The song, "Les Bordes de Seine" included on Daho's "Eden" album, was co-written by Daho and Gilberto and was particularly well received.

In late 1997, a studio album (also by Gregmar Productions), produced by Astrud and Marcelo Gilberto, was released in the Asian territories by the Pony Canyon label. Comprised entirely of Astrud Gilberto's original compositions (with the exception of just one American standard), the album bears the title of "Temperance." Yet to be released outside of Asia, the album features guests Michael Franks and the New York Voices. Astrud is particularly proud of this work, because it is a labor of love. Both of her sons, Greg and Marcelo perform on it.

Astrud Gilberto's sold-out performances at the "House of Blues" and her legendary shows at NYC's SOB's continued to be musical "happenings" to her fans up until 2001, when she decided to take indefinite time off the road, in order to be able to spend more time with her family, and do more writing and painting.

Astrud's style has been a strong influence in contemporary music. Many artists have revealed the fact that they have been inspired by her musical style, among them: Basia (who recorded a tribute to Astrud, a song named "Astrud") Sade, Sinead O'Connor, Michael Franks, Pat Metheny, and Suzanne Vega. Several "avant-garde" groups have also professed having Astrud as their "inspiring muse."

Astrud's work as songwriter has gradually but surely developed from a "side thing" in the beginning of her career, to an integral part of it, in the later years. Since the mid-eighties, her live shows featured a large number of her own original compositions, to which audiences have been just as receptive as they have always been to old standards such as "The Girl from Ipanema ," "One Note Samba," or "Quiet Nights."

In April of 2002 Astrud Gilberto has been inducted to the "International Latin Music Hall of Fame". Show less

The Genius Of Astrud... 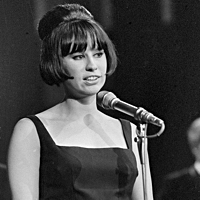 All About Jazz musician pages are maintained by musicians, publicists and trusted members like you. Interested? Tell us why you would like to improve the Astrud Gilberto musician page.