By Doug Collette
January 14, 2023
Sign in to view read count
The man played like he had a love/hate relationship with his guitar. One moment he could be ever-so-gently coaxing bittersweet strains from the strings and the next he could very well be wringing tortuous sounds from up and down the fretboard, as often as not thanks to his instinctively savvy use of the whammy bar. It was a testament to the unpredictable logic with which he played that such juxtapositions not only made sense, but perfect sense: the progression(s) could not have been played any other way.

The harrowing impact of hearing about the unexpected passing of Jeff Beck indirectly calls to mind the tragic deaths of two other contemporary musical icons John Lennon and Duane Allman. "Diamond Dust," the quietest moment of the guitarist's watershed album Blow By Blow (Epic, 1975), proved a balm to the soul in the wake of the announcement of the ex-Beatle's murder in 1980. Likewise, the poetry of Jackson Browne on "For A Dancer" (from Late For The Sky (Asylum, 1974) assuaged the disbelief arriving with knowledge of the tragic accident that took the life of 'Skydog,' the founder of the Allman Brothers Band: ...'I don't know what happens when people die... Can't seem to grasp it as hard as I try...' 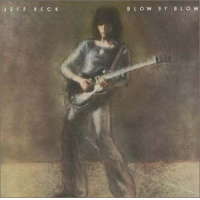 It's difficult to know right now what might cushion the blow of Beck's loss—perhaps Jan Hammer's extended ode to creation The First Seven Days (Nemperor, 1975) might suffice. Regardless, the tangible expression of what's otherwise ineffable is redolent throughout the music of Jeff Beck and that very dynamic itself supplies only further evidence of what an exercise in futility it is to try and explain how a musician's work resonates with fans: those artists with whom we share the deepest connections may well be kindred spirits, no more and no less, no matter the style in which they play.

Apart from the confounding fatal medical issue(s), what's even more enervating in grasping the reality Jeff Beck will never again populate the stages of this material world is the growing recognition of his talents. In the later years of his life, the man who took the place of Eric Clapton in the Yardbirds seemed to fully embrace and revel in the devoted following he had generated over the fifty-plus years of a career he celebrated at the Hollywood Bowl in 2016. And while he did not gain the commercial success of 'Slowhand' or his high-school friend Jimmy Page (via Led Zeppelin), he did earn multiple Grammy Awards.

More important, however, is that the relative inactivity of those peers in the triumvirate of British guitar icons was allowing widening of recognition for Beck. That satisfied state of mind by which he realized that phenomenon might well have its seeds in the fall of 2006: at a concert in Hampton, New Hampshire, Beck looked and played as if fully and completely comfortable in his own skin, gleefully acknowledging the estimable presence of drummer Vinnie Colaiuta before offering a benediction to the audience in the form of "Over The Rainbow."

And in his appearance the very next year at Slowhand's Crossroads Guitar Festival, Jeff reaffirmed how he further distinguished himself in the very presence of his contemporaries. His near-reckless abandon on "Stratus" hardly precluded the tender touch he applied to Stevie Wonder's "'Cause We've Ended As Lovers." And it's not just Beck's lead and solo playing that's so idiosyncratic. Hear "Ice Cream Cakes'' from the second Jeff Beck Group's eponymous sophomore album (also known as 'The Orange Album'): he can't resist playing around with the rhythm guitar progression as he plays it, preferring to mirror the layered nuance of drummer extraordinaire Cozy Powell's layered patterns. 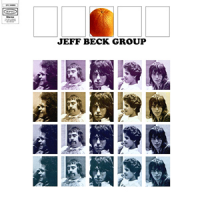 Hardly a careerist, this man took years off from recording and touring to indulge in the other great passion of his life, hot rods, and he did so with neither regret nor any waning of his inimitable technique. Thus free of mercenary ambition for the better part of his professional history, "El Becko" pursued his career in much the same instinctual way he parlayed the changes of a song like "Nadia:" moving back and forth along the melody, hitting the notes squarely only often enough to extract the optimum (maximum?) emotion from them as the means to elicit a corresponding emotional response from the listener. In such moments reside the aural equivalent of holding back tears, then failing. 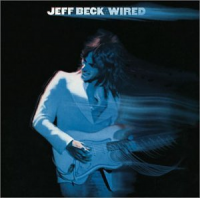 Despite the presence of a number of landmark inclusions in his studio discography, such as his initial solo album Truth (Epic, 1968) or his second of three collaborations with The Beatles' producer George Martin, Wired, Jeff Beck's is a checkered output. But that may very well be due to his own innate curiosity about how his signature style would fit into a variety of settings: see You Had It Coming (Epic, 2001), Jeff (Epic, 2003), Emotion & Commotion (Rhino/Atco, 2010) and Loud Hailer (Rhino/Atco, 2016). And that's not to mention the vigor of the guitaring that renders so memorable the generosity of spirit that is his collaboration with actor Johnny Depp 18 (Rhino/Atco, 2022). 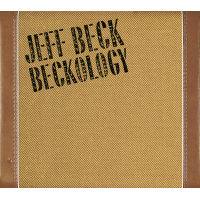 In the end, however, the essential recordings of the man born Geoffrey Arnold Beck are those documenting concerts. Live At Ronnie Scott's (Mercury Studios, 2008) is quintessential fusion, that which, in both audio and video form, most fully and completely portrays the man at his most mature. In contrast, the initially-limited distribution title Live: B.B. King Blues Club & Grill (Epic, 2003), New York finds him at his most playful and unaffected, backed by drummer Terry Bozzio and keyboardist Tony Hymas, his primary accompanists on Guitar Shop (Epic, 1989). And on a very broad selection of material, Wet Willie vocalist Jimmy Hall brings lusty panache comparable to the frontman's on Live + (Rhino/Atco, 2015). That's not to suggest Live with the Jan Hammer Group (Epic, 1977) or Live At The Grammy Museum (Rhino/Atco, 2010) are lacking, but only that the designated three comprise the most complete portrait of a mercurial persona.

We can only hope future archiving comparable to that of the triple-CD Beckology (Epic, 1998) will unearth more gems of Jeff Beck's eccentric genius. In the meantime, what the late rock impresario Bill Graham once said about the Grateful Dead also applies perfectly to this guitarist nonpareil: to wit, in a slightly paraphrased form of the compliment, "he wasn't the best at what he did, he's the only one that did what he did."