By JOHN EYLES
June 16, 2017
Sign in to view read count
Guitarist Derek Bailey was one of the more prominent and influential musicians from the "first generation of free improvisation" that developed in London in the mid-sixties and gradually promoted the music around the world. Although several members of that generation were leaders, Bailey often seemed the de facto leader of the group. Partly, this was a consequence of his being slightly older than others, Bailey having been born in 1930, compared to Tony Oxley (1938), Trevor Watts (1939), John Stevens (1940), Paul Rutherford (1940), Evan Parker (1944) or Barry Guy (1947).

Bailey was also a great talker, always ready to offer his views on any subject, especially music. His 1980 book Improvisation: Its Nature and Practice in Music (Moorland Publishing, 1980; Da Capo, 1993) and the television series that resulted from it have both come to be regarded as classics, essential points of reference for anyone interested in improv. Having worked as a professional session musician and in dance-hall bands before turning to free improvisation, Bailey was always immune to the jibes of the uninformed that free improvisers could not play "properly" (i.e. time & changes etc.); he had already been there, done that and got the tee-shirt!

Bailey's vast discography contains many great albums; all those recommended below are excellent but there are many more just as good. In the Building a Jazz Library entry on Free Improvisation, three of the twelve recommendations featured Bailey—Karyobin (Island, 1968) by Spontaneous Music Ensemble (SME), The Baptised Traveller (Columbia, 1969) by the Tony Oxley Quintet and Once (Incus, 1989) by Company. To avoid duplication, they are not repeated here but those below are additional to them. Together, these selections cover a representative range of styles and formats from the years Bailey was active as a free improviser, between the mid-60's and his death on Christmas Day 2005. 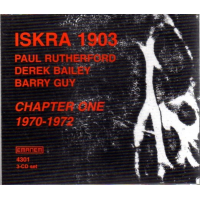 Formed in 1970 by trombone legend Paul Rutherford, Iskra 1903 (Iskra being the Russian name of Lenin's pre-revolution newspaper, The Spark) initially consisted of Rutherford, Bailey and bassist Barry Guy. The absence of a drummer helped give the music a sense of lightness and freedom. While Rutherford was often the leading light, guitar and bass interweaved with his trombone to create a rich tapestry of sound. Bailey left the group in 1974 (to be replaced some years later by violinist Philipp Wachsmann). Iskra 1903 is significant as it is considered to be the last long-term fixed-personnel group that Bailey worked in. 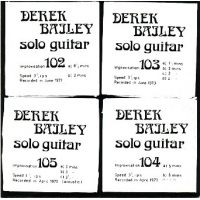 "I think playing solo is a second rate activity, really. For me, playing is about playing with other people. In the absence of that, I am happy to play solo, but I don't think there is any comparison."

Despite that Bailey quote from a September 2001 interview, no selection of his work should exclude his solo guitar playing. Although most of his other solo recordings are recommended, Incus Taps ticks all the boxes. Originally recorded at home in April and June 1973 and released on four (now impossible to acquire) reel-to-reel tapes, they were later compiled and released on vinyl. (Of course, the "Incus" in the album title refers to the independent record label that Bailey had set up in 1970 with drummer Tony Oxley and saxophonist Evan Parker.) The album's eleven tracks, ranging in length from one-and-a-half to eight-and-a-half minutes, were considered iconoclastic at the time but, with every passing year, they sound increasingly prophetic and influential. The YouTube clip below is a later example of Bailey playing solo and chatting informally in a live context: 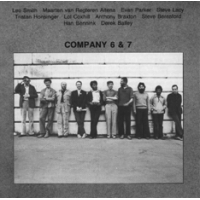 "For me, Company is still the best way for me to work. It has always meant that, 'in company' as opposed to solo, just with other people, really. The only thing I could say about Company is that it is not solo." DB, 2001

1976 was a watershed year for Bailey, as it saw the first series of concerts by a group of musicians from Britain, Europe and USA convened under the collective banner Company, including Bailey, Evan Parker, cellist Tristan Honsinger, bassist Maarten van Regteren Altena, drummer Han Bennink, saxophonists Steve Lacy and Anthony Braxton.

1977 saw the first Company Week, when the concerts were held over consecutive days, with the above seven musicians plus Steve Beresford, Lol Coxhill and Leo Smith. With no prior knowledge about the groupings, small groups of players were chosen at short notice to improvise together, often with surprising results. The album Company 6 & 7 was recorded during the 1977 Company Week. "Company" was not the collective name for a specific group of musicians but for the overarching concept and methodology; year on year, different musicians from across the world would be invited to play at Company Week. Right until the end of his days, Bailey would exploit every opportunity to convene groups of musicians anywhere in the world under the Company banner.

Altogether, some eighteen Company albums have been released. Some day they deserve to be brought together as a box set. Until that day arrives, all should be considered essential listening. 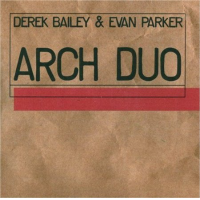 As with the solo and Company discs above, it is impossible not to include a Bailey-Parker duo recording here. Right from the mid-sixties when they played together in SME and at London's cradle of improv, the Little Theatre Club, the two were closely associated, particularly after the formation of Incus and then Company. They recorded together in many different groupings including several duo albums.

Sadly, a rift developed between Bailey and Parker, and in 1985 they separated with Parker leaving Incus, which Bailey continued to run alone. The reasons for the rift have never been fully explained, but a source close to Bailey has opined that they were like brothers who had grown apart; maybe the fourteen-year age between them played a part—at the time of the split Bailey was in his mid-fifties, Parker in his early-forties.

Anyway, Arch Duo is fascinating as it was recorded five years prior to the separation; it captures the pair in top form as they manage to combine their distinctive voices together amicably. Not so easy to watch is this YouTube clip from 1985, in which the pair hardly seem to be on speaking terms: 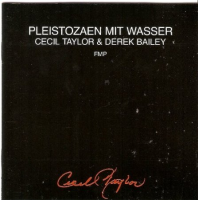 Although not playing together, Bailey and Parker were separately present in Berlin in summer 1988 for Cecil Taylor's monumental series of concerts and recordings. Bailey's duo with Taylor is on Pleistozean Mit Wasser, its two tracks—the first with acoustic guitar, the second electric—demonstrating the versatility of both players as they accommodate one another and sound like a duo with years of experience together. A classic.

Lest these selections become too centred on Europe and USA, let's not overlook Bailey's links with performers from across the world, especially Asia, as exemplified by this clip from Bailey's 1993 duo with Japanese dancer Min Tanaka which was the subject of the Incus video Mountain Stage: 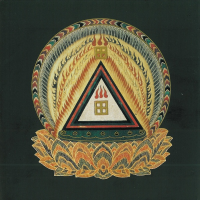 As Company matured, Bailey became increasingly diverse in the musicians he invited to it, often making for a very eclectic mix of musicians. Despite that, seasoned Bailey watchers were somewhat surprised by some of the recordings he made from the late-nineties onwards, seeming to wilfully be going way beyond the "normal" boundaries of improv. The Last Wave by the trio Arcana with Bill Laswell on bass and Tony Williams on drums is a typically shocking example. But, chameleon-like, Bailey effortlessly blends into his surroundings without compromising too much. This is one of the best places for doubters to start sampling Bailey, as are The Sign of 4 (Knitting Factory, 1997) with Pat Metheny or Mirakle (Tzadik, 2000) with Prime Time's Jamaaladeen Tacuma and Calvin Weston. 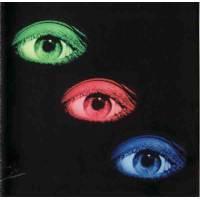 After the above recordings with overseas players, Trio Playing provides a welcome reminder that Bailey spent much of his time in London, playing with London-based musicians or welcoming overseas players who visited to play with him at home. The trio in question combines Bailey with two of London's finest, saxophonist John Butcher and tuba player Oren Marshall, with the three producing a series of comparatively short improvisations that are characterised by their laid-back restraint and taste. 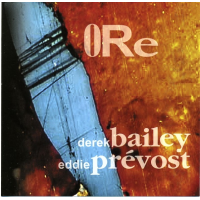 This 2000 duo brought together two of improv's founding fathers who, in the 60's, were in groups that were considered to adopt contrasting approaches to improv—the "atomistic" approach of SME and the "laminar" approach of AMM. Be that as it may, Bailey and Prévost prove to be accommodating to one another and entirely compatible, the end result being some of the best duo playing of their careers. Essential. 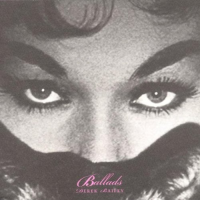 Another surprise! If the atypical mid-nineties series of albums had pulled the rug out from under some Bailey followers, at the start of the new millennium he released two solo guitar albums—both suggested by John Zorn and on Zorn's own Tzadik label—that repeated the feat. Their titles alone indicate how un-Baileyish they were, Ballads and Standards. The first of the pair, Ballads features such pieces as "Stella by Starlight," "Body and Soul" and "Georgia on My Mind." Bailey picks them all out with consummate ease, no doubt a hangover from those years he spent in dance hall bands. They both make beautiful listening and are another easy entry-point for non-believers. 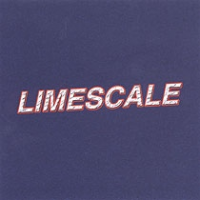 Finally, another Incus release that is as gritty as its title suggests. Limescale combines Bailey and two of his perennial favourites—clarinetist Alex Ward and bass saxophonist Tony Bevan—with two lesser-known noise improvisers—T.H.F. Drenching on Dictaphone and Sonic Pleasure on bricks. The quintet produces music that bursts with sound, energy and ideas, led from the front by Bailey. Improv at its best—a fitting place to end.