Born in York, England; composer/arranger/alto & sop saxes/piano/percussion. Trevor Watts' family moved to Halifax in Yorkshire when he was 6 months old, and that is where he was brought up.

Trevor is a completely self taught musician, and his early inspirations came from his fathers love of Jazz, and the large collection of 78's that his father brought back after living in Canada and visiting the States on many occasions in the 1920's.

Trevor had to do his National Service in the RAF, and joined the RAF band in 1959. It was there he met John Stevens and Paul Rutherford amongst others and formed the musical association that was to become the Spontaneous Music Ensemble and Amalgam in the early 60's. These groups radically changed the face of European style Jazz and improvised music, and opened up the way for others. Shortly before the formation of the SME in 1965, Trevor had gained some experience playing at the Marquee Club in London with the likes of Sonny Boy Williamson, Long John Baldry and Rod Stewart amongst others. The SME although starting as a collective, gradually was taken over by John Stevens, so Trevor used his group Amalgam to further his own more personal style of music.

Amalgam incorporated many different elements within the music. These elements were mainly introduced by the different types of musicians within the group. Trevor always believing that it didn't matter what "style" a person played, but that if the desire was there to play together, a way could be found. This resulted in wrong labels being placed on the group at certain times in the 70's like "Jazz Rock" for instance, but as Watts never acknowledges verbal cliches to describe a music, it certainly was never an attempt at "Jazz Rock". In the same way, the the Moire Music Drum Orchestra wasn't an attempt at "Afro Jazz". These projects were a way of creating a situation whereby musicians of different persuasions could function together without radically changing the way they each individually played. Some of those who passed through Amalagam were such as Barry Guy, Harry Miller, John Stevens, Stan Tracey, Paul Rutherford and others. But the most significant period for that group was between around 1974 and 1979. That was the group of Keith Rowe (guitar), Colin McKenzie (Bass Gtr), Liam Genockey (Drums) and Trevor Watts (alto & sop saxes). This quartet worked long and hard on the music (Impetus: Wipe Out).

Trevor also had a very important duo with drummer Liam Genockey for many years, but unfortunately they never recorded.

When Trevor moved to Hastings in 1980 he began taking more of an interest in composition. He then formed the first 10 piece Moire Music Group in order to play these compositions. The first performances were in 1982 at the Roundhouse in London, and Bracknell Jazz Festival, and caused quite a stir at the time. Original members included Lol Coxhill, Veryan Weston, Nana Tsiboe, Mamadi Kamara, Liam Genockey and Larry Stabbins amongst others. Larry went on to form the group Working Week. To keep his improvising side going Trevor formed the original Trevor Watts Drum Orchestra at the same time (1982), which included Nana Tsiboe and Mamadi Kamara on African Percussion, Liam Genockey, Ernest Mothle from S Africa on bass as well as Peter Knight (Violin) and Watts. It was always Trevors desire to include the African rhythmic element within the improvised musical form, and it was this group that first achieved that.

In 1990 Trevor gave up the Moire music group as a compositional entity, and merged the names of the two groups into one Moire Music Drum Orchestra. Included in that group were 4 African drummers, bass guitar, drums and his saxophones. Initially in 1990 the group had a 6 week tour of Canada, USA, Venezuela and Mexico, and it was on that tour that the music was shaped and honed. The Moire Drum Orchestra lasted until about 1998 and in that time toured all over the World including Colombia, Venezuela, Caribbean Islands, Burma (Twice), India, Singapore Arts Festival, Malaysia, USA, Canada, Azores Islands, S Africa, Botswana and Lesotho amongst others places. It was during the original tour in 1990 that Watts and group met and played with members of the Teatro Negro de Barlovento, black performance group from Venezuela. It was Watts' idea to join the two together and see what happens. So the British Council sent Watts to Venezuela in 1991 to study the music of Barlovento and make arrangements for some concerts in Europe. This happened in 1992 and became a 35 piece group of singers, dancers, actors and instrumentalists. They performed at the Saalfelden Festival in Austria and Crawley Festival in England as well as 2 very successful nights at London's Jazz Cafe. Watts and Drum Orchestra returned to Venzuela in 1995 for a reciprocal tour over there, playing in Caracas as well as other cities. The group was named "Una Sola Voz" after the title of the Moire Music recording on ARC called "With One Voice".

Subsequently the Drum Orchestra is no more, but Moire Music have been performing in various sizes as a Trio, Quartet and Quintet, and also visited many countries such as Sudan, Cameroon, New Zealand, Australia, USA, Canada, Jamaica (including playing for the Prime Minister), Trinidad, Dominican Republic, Ecuador and Bolivia amongst many other countries as a smaller unit.

Watts also has a new improvising duo with his long term associate, pianist Veryan Weston, and a new CD with Weston on the Emanem label called "6 Dialogues".

Trevor is part of a new group that was formed in Mexico and has just recorded a double album over there. That project is run by Mexican musician Gibran Cervantes who has built his own instrument made out of many Berimbaus wired together ( a magnificent structure and interesting sound), also in the group is Cyro Baptista, Brazilian percussionist with John Zorn and Wynton Marsalis, Tino, a percussionist from Cuba and Francisco Bringas from Mexico who plays tablas amongst other things. Show less 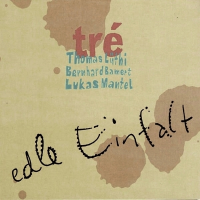 All About Jazz musician pages are maintained by musicians, publicists and trusted members like you. Interested? Tell us why you would like to improve the Trevor Watts musician page.