G Calvin Weston was born June 6, 1959 in Philadelphia, PA. He became interested in drums at the age of 6, when he (and his neighbors) discovered his talent for rhythm as he beat on every car on the block. He lived in North Philadelphia where he saw musicians like Stevie Wonder, The Jackson Five and James Brown at the Uptown Theatre. Seeing his attention focused on the drummers, his Father bought him a small set. In high school Calvin learned to read music and played second snare in the drum ensemble. He co-founded the group Bad Influence which played in cabarets and clubs around Philadelphia.

At 17, Calvin joined Ornette Coleman's Prime Time Band, with bass player Jamalaadean Tacuma, his close friend from Philly, which toured extensively in North America and Europe. After recording four albums with Prime Time, Calvin went on to play and record with guitarist James "Blood" Ulmer, until he joined John Luries Lounge Lizards in 1990.

During the late '90s Calvin recorded and toured with Billy Martin of Medeski Martin and Wood, Tricky, Eyvind Kang, Derek Baily, Mark Ribot, and James Carter. He also played on several movie soundtracks including "Get Shorty." For his latest project, Calvin Weston's Big Tree, Calvin explores the many musical influences of his career as band leader and composer.

He also has a new band with world guitarist, Vernon Reid and bass player, Jamalaadean Tacuma and formed the group freeformfunkyfreqs and there new CD Urban Mythology Volume 1. He also plays with Jean-Paul Bourelly and Melvin Gibbs in the band called Gypsys Reloaded, that toured in March of 2008 and recorded a live CD at the Bimhuis. G. Calvin Weston has played on many recordings including Asmodeus: Book Of Angels Volume 7 with Marc Ribot, Trevor Dunn, and John Zorn. 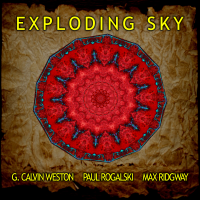 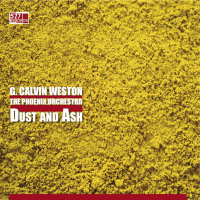 Not On Label (Calvin Weston Self-released)
2012 Not On Label (Calvin Weston Self-released)
1988

All About Jazz musician pages are maintained by musicians, publicists and trusted members like you. Interested? Tell us why you would like to improve the Calvin Weston musician page.