BY CLIFFORD ALLEN
March 12, 2010
Sign in to view read count
November 15, 2010 will mark the 75th anniversary of the first recorded jazz piano-trio session, with pianist Jess Stacy, bassist Israel Crosby and drummer Gene Krupa recording for UK Parlophone ("Barrelhouse" and "The World Is Waiting for the Sunrise").

Certainly much has happened in jazz and improvised music since that date, but the piano trio has endured as a popular and very fruitful format. Bill Evans perfected a certain model of harmonic-rhythmic interplay that was, perhaps, much more fluid and tensely ambiguous than the trios of Bud Powell, Thelonious Monk, Eddie Costa and others. Certainly, the arena of "free music" has hosted its fair share of piano trios, though such upending of the form is an incomplete description of what many of these artists are (or were) up to.

Three new piano trios helmed by pianists Curtis Clark and Marilyn Lerner, as well as drummer Chad Taylor, offer a window into how creative piano-trio music has evolved at this point in history. 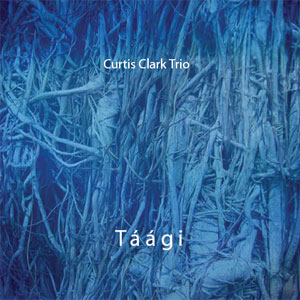 A student and compatriot of Los Angeles-based pianist, composer and organizer Horace Tapscott, Curtis Clark has called both Amsterdam and Maine home. He's worked in groups with reedmen David Murray and John Tchicai, bassist Ernst Glerum, and drummers Han Bennink and Louis Moholo-Moholo. Taagi finds him in the company of the Dallas rhythm section of drummer Stefan Gonzalez and bassist Aaron Gonzalez, brothers and the progeny of trumpeter Dennis Gonzalez. This trio was short-lived and formed for a tour in the southern US in the spring of 2009, but mindful of a little shakiness, its rapport is curious and undeniable. Clark's phrasing is both rhapsodic and earthily gospelized; at the outset of "Suite: Joy/Blessings," the squirrely tug of his arpeggios is brought home with anthemic snatches and a warm left hand. Delicate upward spirals contrast with blocky weights in this unaccompanied recital. The Gonzalez brothers' entry several minutes in is a jolt to the system, airy cymbal flutter and snare skimming in at least triple-time, strengthened underneath by gutsy pizzicato.

It is assumed that, in the trio model, each side will contribute equally to the music, an utter balance of fluidity. The triangle represented by this group is uneven, which is interesting—most of the pieces begin as piano solos that are wholly contained units, then sketched around and turned on their ends by a telepathic, but sometimes equally insular duo. "New York City Wildlife" has a skumpy, creeping melody reminiscent of Horace Silver's odder tunes, and it is the improvisation on this theme where the free-time swirl of the three begins to gel. Taagi is built of forces that contrast and, while not violently so, their imbalance creates an edgy air, where Bill Evans-isms come together and fall apart just as quickly. 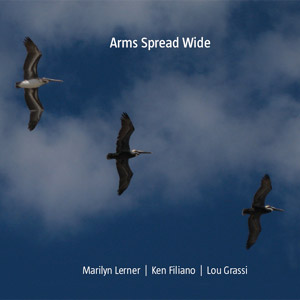 Montreal-based pianist Marilyn Lerner isn't particularly well-known in free music though her pedigree calls upon such diverse settings and influences as klezmer and Cuban music. Arms Spread Wide places Lerner in a more traditional format, albeit free, with bassist Ken Filiano and drummer Lou Grassi. Lerner walks a fine line between volcanic density and extraordinary delicacy; the listener would be forgiven, on first blush, to hear her filling-rattling clusters and red-knuckle work in the upper register as an outgrowth of the Cecil Taylor- Irene Schweizer axis, with a little Dave Burrell thrown in. But underneath those volcanic runs and yo-yoing systems of mass is a sense of introspective calm, an easy-breathing swing that seeds a plenum of notes. The additional muscularity supplied by Filiano's furious bowing and Grassi's surging accents renders stasis impossible.

Lerner switches between shoving the music with bodily engagement and the nearly romantic, Erik Satie-like eddies that close out "Wild Analysis." Rubbed and bowed piano strings are the landscape for "Nightwings," disquieting glissandi and spindly pluck ricocheting off meaty bass thwack and muted gong rattle. "Hommage a Coco Schumann" is an elegy for a German Jewish guitarist who survived the Holocaust; Filiano and Grassi set up a loose, stone-skipping rhythm as Lerner places bouncy post-bop in continuous, eliding and oft-pointillistic motion. In the depths of piano and bass, a slight tug begins and develops into choppy three-way interplay and punchy melodicism. Arms Spread Wide presents a uniquely powerful trio, and a pianistic voice that hopefully will be heard from more frequently. 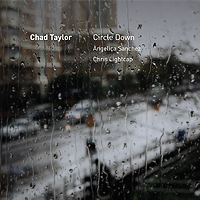 Drummer Chad Taylor's Circle Down is certainly not the first disc to present him in the company of a piano trio, though he's probably best known for his work in the Chicago Underground collective with trumpeter-composer Rob Mazurek. Alongside pianist/multi-instrumentalist Cooper-Moore and bassist Tom Abbs, Taylor recorded two rousing discs as part of Triptych Myth. Here, he's joined by pianist Angelica Sanchez and bassist Chris Lightcap, two young stalwarts of the New York milieu. Most of the tunes here are short and punchy, with only Sanchez' "Rock" going into the eight-minute mark; Taylor penned half of the ten pieces here, with Lightcap contributing three and Sanchez two.

On "Opal," Sanchez builds busy patterns from melodies both languid and lush, encircling rhythms growing weightier as her expressionist stresses leap out. "Level" rides a similar, if more haggard, tension curve, wandering midrange repetitions fleshed out by hacking pizzicato and Taylor's dry, tumbling accents. Sanchez climbs advancing arcs into a series of clanging and slightly minimal gestures before the trio bashes out a hard, angular groove. "Pablo" isn't quite the Annette Peacock tune, but it is graced with a relentless loose Latinate clang at the outset and, as throughout Circle Down, the terse and athletic interplay between Sanchez and Taylor is nearly overpowering. While not a disc to grab the listener by the throat, this threesome has created an incredibly spry collective language that deserves serious ear-time.