Eddie Costa was an American jazz pianist and vibraphonist born in Atlas, Pennsylvania, now based in Pittsburgh. He recorded on vibraphones with pianist Bill Evans. One notable recording with Bill Evans was "Guys and Dolls Like Vibes", now reissued as "Bill Evans and Eddie Costa, Complete Quartet" on CD.

Costa emerged from an unlikely background into a heralded — if too brief — career in jazz. Born in a rural coal mining town, Costa studied piano with his brother Bill and developed a taste for the swing greats; later, exposure to Bud Powell turned him to bop. Self-taught on vibes, Costa became known as an excellent sight reader, which produced a lot of studio work.

On piano, his trademark sound was the emphasis of the middle and lower registers while nearly ignoring the top two octaves. In addition to recording as a sideman with Tal Farlow, Woody Herman, Johnny Smith, the Bob Brookmeyer-Clark Terry Quintet, and Bill Evans, Costa led his own trio and quintet dates. Sadly, most of Costa's recorded output remains unavailable on CD, with the notable exception of the VSOP reissue of his Quintet LP.

Eddie Costa died in an accident when his car careened off of a busy New York's Westside Highway on July 28, 1962, cutting short a very promising career. Like Clifford Brown, Eddie's another jazz man who left the stage at too young an age.

In Their Own Sweet Way 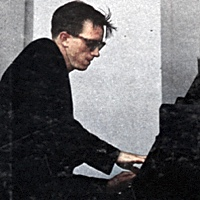 All About Jazz musician pages are maintained by musicians, publicists and trusted members like you. Interested? Tell us why you would like to improve the Eddie Costa musician page.