By Jerome Wilson
May 22, 2020
Sign in to view read count
There always seem to be albums coming out that pay tribute to accomplished jazz composers. Here are some newer ones, three on very familiar names and one on an often overlooked musician. 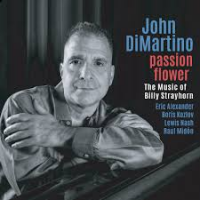 Pianist John di Martino leads a tribute to the work of Billy Strayhorn that captures the composer's sense of elegance and playfulness. A lot of that comes from tenor saxophonist Eric Alexander who is in top form here. He barrels through "Rain Check" and "Johnny Come Lately" with forceful good humor and creates beautiful sounds on "Chelsea Bridge" and "Star Crossed Lovers" with a lustrous tone somewhere between Stan Getz and John Coltrane. Di Martino is a strong and supportive presence throughout, with his best moments coming on the delicate drama of a duet with Alexander on "Blood Count."

Di Martino gives many of the tunes familiar arrangements but there are a few surprises like the tropical vamps that underline "Passion Flower" and "Absinthe," the waltzing beat of "Day Dream" and an explosive, near abstract version of "Take The A Train." Perhaps best of all is Strayhorn's most familiar piece, "Lush Life," sung in a restrained but passionate voice by Raul Midon to delicately romantic accompaniment by Di Martino, bassist Boris Kozlov and drummer Lewis Nash. 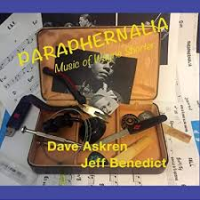 Here two California-based musicians, guitarist Dave Askren and saxophonist Jeff Benedict, explore the compositions of Wayne Shorter, concentrating largely on the music he wrote in the Sixties for the Miles Davis Quintet and his own Blue Note albums.

These versions are done in a basic quartet set up that gives an earthy feel to Shorter's strong melodies. "Yes And/Or No" becomes a samba groove with Jonathan Pintoff's bass thumping under Askren's chopping chords while"Mahjong" and "Tom Thumb" have Benedict's alto cruising over soulful guitar riffs and catchy funk beats. A Shorter piece from the Weather Report era, "Harlequin," is notable for Benedict's soaring soprano sax. The set also includes two introspective duets for saxophone and acoustic guitar, "Miyako" with Benedict's softly yearning alto featured and "Infant Eyes" where his soprano explores the haunting theme against rustling Spanish guitar flourishes. 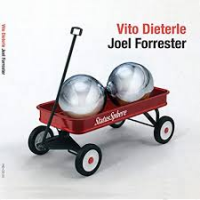 The world is full of Thelonious Monk tributes but this is a nicely intimate one featuring the pairing of tenor saxophonist Vito Dieterle and pianist Joel Forrester who is best known as a member of the Microscopic Septet.

Dieterle's playing has a quietly intense and soulful glow as he burrows into Monk's tunes. Forrester brings a sense of swagger to the duets with piano playing that has a jangly stride edge which recalls Monk's own musical roots. This is particularly strong in his off-kilter honky tonk treatment of "Crepuscule with Nellie." The brittle but genteel piano on "Pannonica" and intricate tenor work on "Ruby My Dear" are other highlights of the set.

Actually Monk compositions only comprise about half of this CD. The rest of the tunes are Forrester originals that sound like reflections on Monk melodies and ideas. These include the jaunty bebop of "Don't Ask Me Now," the hauntingly sentimental "Requiem for Aunt Fanny" and the deeply romantic "About Francoise" where Dieterle really shows what he can do with a ballad.

Bassist Sam Jones never amassed the formidable body of compositions that Strayhorn, Shorter or Monk did but he did write a bunch of memorable tunes in his lifetime, mostly for the Cannonball Adderley quintet. This release has the TNEK Jazz Quintet working on some of Jones' most familiar pieces plus Kenny Barron's "Tragic Magic." The band swings mightily with Benny Russell and Antonio Parker comprising an explosive two-saxophone front line while bassist Kent Miller, pianist Darius Scott and drummer Greg Holloway provide them with a rolling and punchy rhythmic foundation.

"Del Sasser" and "Unit Seven" come out as energetic little whirlwinds while "Lillie" shows that Jones was also capable of writing a beautiful ballad melody. On that piece Parker and Russell take yearning solo excursions on alto and soprano respectively. "Some More Of Dat" is a slippery soul-blues turnaround anchored by Miller's deep bass and "O.P." gives Scott a bright prancing turn alongside the saxophones' rolling lines and Miller's thick bass bumps. Sam Jones was not the composer the other three men in this survey were, but he did create a lot of good music which is brought roaring to life by this talented quintet.

Plays the Music of Sam Jones