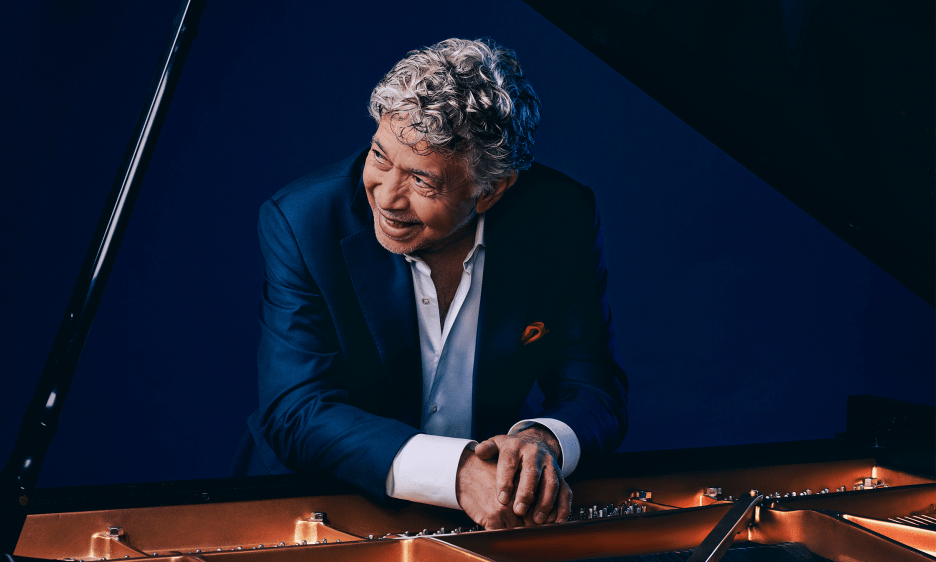 Jazz Festivals are like people, six years old is still in infancy, but everything has to start somewhere. Historically, the city which gave birth to the Charleston dance craze and was the inspiration for Gershwin's Porgy and Bess, deserves The Charleston Jazz Festival. The first evening of music was given by local bands at Joe Clarke's recently opened Forte Jazz Lounge on King Street, where Tim Fischer guitar, Brett Belanger bass, Eric Schoor saxophone and David Patterson drums explored the various stages of Pat Metheny's guitar career looking particularly at rhythm and melody. They were followed by Saltwater Brass using the John Phillip Sousa inspired Sousaphone played by Chris Bluemel to huff and puff their bass line. The evening closed with The Lee Barbour quartet featuring the trumpet of Justin Stanton from Snarky Puppy.

How does a promising young classical violinist get lured into the world of jazz? In Regina Carter's case, she heard Stephane Grappelli. That changed her studies at New England Conservatory of Music over to the jazz program. That wasn't enough. She needed more than academic teaching. She returned to her native Detroit and studied at Oakland University where she and her violin were immersed in the saxophone section of a big band. Copying the phrasing and breathing, the actions and reactions of the other musicians around her made her transition to jazz in real time. She could still never deny all the classical music she had learned since she was four years old in the accelerated Suzuki system, but jazz was to be her music and her life. Mentored by trumpeter Marcus Belgrave , Carter set off into the vibrant Detroit music scene to teach and perform, armed with a classical grounding and a jazz intention. She joined an all-lady band, Straight Ahead who signed with Atlantic Records and made a couple of recordings, but the bright lights of jazz In New York City called to her.

Regina Carter's life of touring brought her to Charleston to play an almost full house in the 935-seat Music Hall. This was once a South Carolina Railroad station designed with the appearance of a Camelot castle to serve what was, for a brief moment in history the longest railroad in the world carrying passengers and hauling cotton 137 miles from Augusta to ships in Charleston.

Regina Carter cut a petite figure in flat shoes surrounded by microphones to pick up her acoustic violin playing. Levels were adjusted after the first tune and the sound settled. She was joined by her friend and vocalist Carla Cook whom she met in their ninth grade Spanish language class. The stage was set with a flat black 12-foot Steinway concert grand piano and beside it a Hammond B3 organ from the 1960s, it's spindle turned furniture legs holding up the keyboard for Brandon McCune to play. Chris Lightcap was on acoustic and electric bass and Alvester Garnett, the drums.

"When I Grow too Old to Dream" (your kiss will live in my heart) was a slow swinging ballad with a fine violin solo into which Carter injected with a few measures of "Chattanooga Choo Choo" to the amusement of the enthusiastic audience. Improvised sections and scat singing formed important parts of the performance. Against a backdrop of stars and a lighting rig of red and blue planets, the band moved on to a Stevie Wonder piece "Too High" played upbeat in contrast to the previous ballad. Their tribute to Ella Fitzgerald was recorded in her centenary year, the theme of "Undecided" was played on the violin for recognition, then the electric bass and kick drum laid out a soul groove for a slow rendition. The Hammond B3 joined the music with an expressive section, McCune's left foot working the single sustain pedal hard. He left the audience hanging silent almost too long, then delivered masterful phrases including long held riffs of the distinctive B3 sound. Extruded violin notes of a repeating phrase were paralleled exactly by scat vocals and bass. At the end of the funky piece Carter declared "That'll make you go to church" over strong applause.

The bass introduced Gershwin's "(Our) Love is Here to Stay" which fitted nostalgia with the plaintive drawn out violin sounds perfectly. There was another musical memory challenge phrase woven into the solo, this time it was a few measures of "Mona Lisa." The piano joined, softly repeating the original theme to take them out. Grainy sawed violin sounds from a slow-drawn bowed introduction led into an excited drum solo in the New Orleans style which the bass took over, picking out a long solo cleanly. "When the Saints Go Marchin' In" theme was barely recognizable until it was lifted out when bass and drums came up underneath Carter's violin in support, the audience clapping along to the marching snare drum beat as Garnett sent all four cymbals flying. Vocalist Cook returned to the stage to sing "Boy Boy, Crazy Boy" from West Side Story mixing long scat sections into the tune which included a powerful drum solo. In her closing thanks, Carter called on her audience to "Spread the love, because love wins." There was a close family feel to the band, the intricate and inventive violin was exceptional and powerful, keyboards from McCune added warmth and vitality.

Later, at Forte Jazz Lounge across the street, charming singer Alva Anderson fronted the Frank Duvall trio which included Jeremy Wolfe on bass and Josh Hoover on drums. Duvall may be better known for his bass performances but his piano work was feather light and supported the singer as only a good accompanist can. In "Cheek to Cheek" a fast solo showed Duvall's skill as Anderson delivered smooth vocals with a delightful presentation style. In "Summertime," Anderson returned to her classical concert roots and played a swinging viola solo. A silent groan can sometimes run through audience when "this is my own composition" is announced but "Sunday Song" was a straight ahead lilting ballad with rhyming lyrics and a fresh delivery. The bass introduced a long monotone section before the Fats Waller standard "Honeysuckle Rose" was revealed and they moved quickly on to express no complaints, no regrets in "Here's to Life." They went out with a rousing "That's All" and strong applause, leaving an abiding impression of skilled musicians and the warm, charming character of Alva Anderson smiling and singing as they worked hard moving rapidly through the set list.

The magnificent Gaillard Theater was refurbished to the very highest standards by the Rivers family to benefit the City of Charleston with its impressive lobby and staircases, tall columns and 1800-seat auditorium. Here the performance began with effervescent Jamaican-born Monty Alexander. The trio were tight-packed together on a stage big enough for the symphony orchestra. The band began with the title song from We've only just Begun (BASF, 1972, one of his 78 albums so far). Alexander's shirt cuffs were rolled back clear of his fast moving hands. The band moved along with three consecutive blues pieces until they reached the haunting "Concierto de Aranjuez" from the Miles Davis Sketches of Spain album (Columbia, 1960). To add veracity to the sound, Alexander introduced wooden castanets, sharpening the presentation and setting it up for a fast swinging mid-section. Many of Alexander's ideas begin on tour, the next series came from thoughts noted in Munich where he imagined Thelonius Monk meeting Jamaican Rastafarian musicians. Standing at the piano he laid out the groove for Luke Sellick on bass and Jason Brown, drums, then picked up a melodica to blow a Rastaman version of "Misterioso" from the magical jazz year of 1959. A small Jamaican flag was hanging from the bottom of the melodica keyboard. "Sweet Georgia Brown" was given a fast treatment and a razor sharp finish before they moved into a beautiful flourishing version of the tune which simply says Jamaica, "No Woman, No Cry." The 1974 reggae anthem by Bob Marley and the Wailers has often been misunderstood. However true the misinterpretation may be, the line is No, woman, Nuh cry translated from the Jamaican dialect as No woman, don't cry. That changes the ethos completely. They went out with the Harry Belafonte calypso "Banana Boat Song" (Day-O, me say Day-O, daylight come and me wan' go home) the famous banana boat night-shift work song. Alexander moved with the music barely keeping from dancing all the way to an appreciative ovation.

After a short break, Mr. Freddy Cole was brought onto the stage in a wheelchair by his grandson Tracy. Freddy blamed Arthur and his brother Itis for his predicament. He sat still in front of the 18-piece Charleston Jazz Orchestra whose leader Robert Lewis recently replaced Charlton Singleton, who just won a Grammy this year for his work with Charleston based group, Ranky Tanky. The orchestra had warmed up with a Thad Jones tune "Cherry Juice." Mr. Freddy sang a poignant "As long as I'm Singing" in his clear baritone, the whisper at the top of which he shared with his brother Nat King Cole, is more evident now. His timing remains impeccable despite his immobility in his 88th year. "That old feeling" is a beautiful song, Freddy's puckish humor and double entendre was not lost on the audience. Because he still can, he went into the heavy beat of "Send for me," before hitting "The Southside of Chicago" his hometown, exhorting Chuck Dalton on trumpet to "Play me the blues." The band went into a pretty, swinging, "The Continental" and Mr Freddy hit his notes cleanly and word perfectly. His last tune was a duet with Jane Monheit who joined him for a number that they sang together over twenty years ago, "Remember Me." Mr. Freddy was wheeled from the stage to a thunderous standing ovation, a grand gentleman of jazz from a sparkling family of Unforgettable musicians.

A hard act to follow but Jane Monheit has strong stage presence and tremendous range in a voice of great quality. Her delivery of Hoagy Carmichael's "Stardust" with the big orchestral sound behind her was consummate. "Sometimes I wonder why I spend/ the lonely nights/ dreaming of a song / The melody haunts my reverie / and I am once again with you." A bass introduction led into Gershwin's swinging "Oh, Lady be Good" at a good clip. The polished sound of the Charleston Jazz Orchestra was a solid base on which to hang the tunes. There are few sounds better than a tight jazz orchestra with a strong singer out in front.