A Day at AAJ 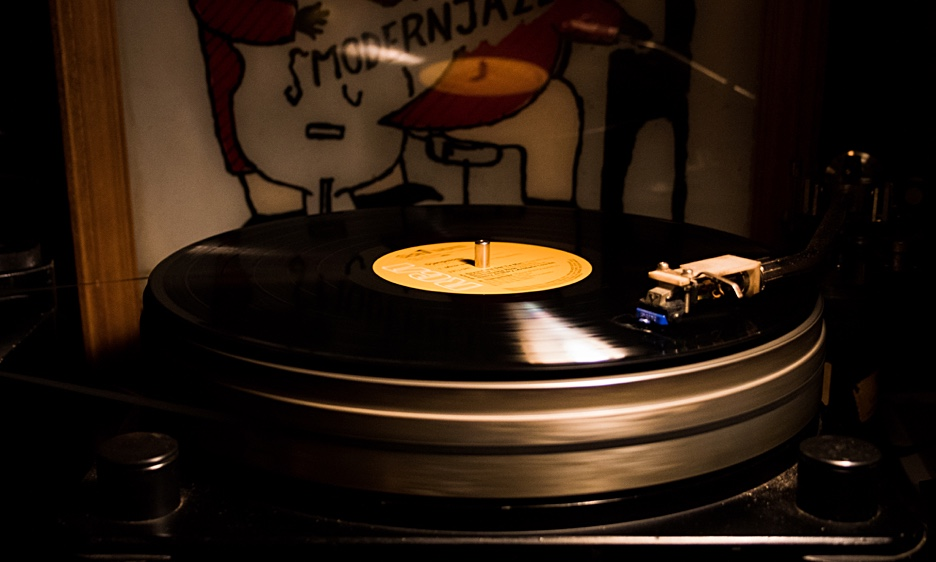 Jazz is a tree with many branches and deep roots, and it takes the concentrated efforts of many dedicated individuals to bring it to the world the way we do.

One of the main benefits of being the Dean of American Jazz Humorists©, besides a free Orange Julius whenever I want one (at participating locations) and 2-for-1 Redbox rentals, is my unfettered access to the inner workings of the entire Jazz universe. As a member of AAJ's Inner Sanctum, I am no more than three degrees of separation from anyone involved in Jazz. Anyone. From legendary artists to the bartender at the Village Vanguard.

Of course, I could take advantage this exalted position for my own gain. I could fill the GeniusDome with all sorts of Jazz swag and complementary CDs. I could go fishing with Bill Frisell, a noted angler, or take advantage of T.G.I. Fridays' 2-for-$20 special with Donny McCaslin. I could invite myself to Blue Note's annual employee picnic and help myself to Don Was's famous bacon-ranch redskin potato salad.

Or, I could use this rare entrée into the world of Our Music to take you, my beloved readers, behind the scenes. Have you ever considered what it must be like to work for AAJ, the epicenter of all things Jazz? Have you ever thought about what must go into producing the largest and most comprehensive Jazz site on the Interwebs? Have you ever been driving along listening to Thelonious Monk and suddenly realized that you've lost all track of your surroundings and have no idea where you are and when you pull over to ask for directions, it's cold and everyone is speaking French? Asking for a friend.

Meanwhile, back in the original article.

I've been a part of AAJ for 17 years, since 2001. In that time, I've seen AAJ go from a Jazz-themed corner of the burgeoning Interwebs to the 800-pound gorilla of Our Music's digital media. We've gone from just another Jazz website to the criterion by which all other Jazz websites can be measured. And it's not just me saying this. My parakeet, Al Neri, echoed the same sentiments in his weekly vlog on YouTube, Bird is the Word.

While I work from the quiet comfort of the GeniusDome in the Star City of the South, Roanoke, Virginia, I have been a frequent visitor to the sprawling AAJ headquarters located in suburban Philadelphia and maintain an office there which I share with another member of AAJ's Dixie contingent, editor C. Michael Bailey. When there, we are often called upon to explain the nuances of Southern culture to the rest of the primarily Yankee staff, including such things as the difference between "y'all" and "all y'all," and the fact that there is no such thing as possum grits. I also spend a few minutes answering correspondence from my side gig as the Jams and Jellies editor at AllAboutJars.com (not to be confused with the popular Star Wars-themed site, AllAboutJawas.com).

As one would expect, Jazz is everywhere at AAJ HQ. From the Ornette Coleman Memorial Omelet Bar in the cafeteria to the Straight, No Chaser Club down in the basement to the constant strains of Our Music being played in every corner of the building, there is no place on Earth so saturated with it. It's like New Orleans with better climate control and virtually no crime (someone keeps stealing the Cheerwine, a popular Southern soft drink, out of the mini-fridge in my office). And, we strive to keep the voodoo to an absolute minimum.

A typical day at HQ begins at 11:00-ish, when everyone rolls in after late nights being out seeking Jazz where it may be found. After a light brunch, the work begins. Stacks of CDs are handed out for review, and gigs of raw content from our distant contributors all over the world are downloaded for editing and uploading to the site. Tons of Our Music, having been smelted from Jazz ore in our kilns in eastern PA and refined into pure Jazz, are delivered by rail to be portioned out to AAJ's many outlets.

Some days, we are visited by school groups from all over the area. The last time I was there, it was a contingent from the Philly Joe Jones School for the Preternaturally Hip. Twenty eighth-graders wearing the school uniforms of sharkskin suits and cocktail dresses got the grand tour and take photos and get autographs from their favorite AAJ personalities. They also got to take advantage of the AAJ gift shop, snapping up such popular items as the Dizzy Gillespie Beret salsa bowl and the Dave Douglas combination salt and pepper mill.

In the afternoons with everyone hard at work, Our Leader, Commodore Ricci, makes his rounds distributing coveted gold stars to everyone on the Most Read Articles list. Accrue enough gold stars, and you get a front-page feature spot. It is during this time we pitch our ideas, from topics for future columns to concepts for all things Jazz related, for his approval. The highly popular What's That Tune Stuck in My Head audio search feature? My idea.

After snack time and a brief nap, it's right back at it. Jazz is a tree with many branches and deep roots, and it takes the concentrated efforts of many dedicated individuals to bring it to the world the way we do. As the day wears on, HQ remains a hive of activity. The fruits of another day's labor pass from author to editor, then from editor to server. Fresh content is uploaded for your entertainment and edification, keeping AAJ at the cutting edge of Our Music. If Jazz is a tree, All About Jazz is water for that tree. And you, the fans, are the sunlight. AAJ's editors are the people who prune back the branches and keep them from getting into the power lines. Or something like that.

Since Jazz is not a 9-5 job, neither is covering it. So we don't knock off work at quittin' time and head for the bar. No, we head for the bar whenever we damned well please. Many of us take advantage of the onsite nightclub and brewpub, the Straight, No Chaser Club, where top acts from all over the country perform weekly. I look forward to seeing Connie Han play next month, while enjoying the Fats Waller stout and Red Norvo Irish red ale.

As the evening winds down, we each head our several ways and HQ falls silent for the night but for the night owls who man the foreign and overnight news desks. Jazz never sleeps, though it does occasionally take five (somewhere, the ghost of Dave Brubeck is the only one to get that joke), and AAJ remains committed to living up to the name All About Jazz. If someone in Mumbai picks up a saxophone and does a Sonny Rollins, playing on a bridge in the lonely still of the night, we'll know about it. And you can bet we'll have a review of the performance coming forthwith.

Of course, most of my time with AAJ has consisted of me crafting these musings from the comfortable confines of the 'Dome. While not as immersive as HQ, there is still plenty of Our Music being played. I favor the classics, from Louis Armstrong to John Coltrane, while my parakeet prefers the more modern sounds of Donny McCaslin and Dave Douglas. The Ghost of Emily Dickinson digs the Euro vibe of Bobo Stenson and Jan Garbarek. It all makes for a swinging time at the old round-up.

Through ups and downs, marriage and divorce, illness and uncertainty, I have remained stalwart at my post as AAJ's resident Genius. I owe AAJ and Monsignor Ricci a great debt for helping me achieve my status as the Dean of American Jazz Humorists® and sticking with me through my down periods. As some of you may know, I suffer from major depressive disorder, anxiety issues, and occasional bouts of the heebie jeebies which have interrupted my productivity over the years. But AAJ has been here for me as I have striven to be there for you, my dear readers. I thank you both.