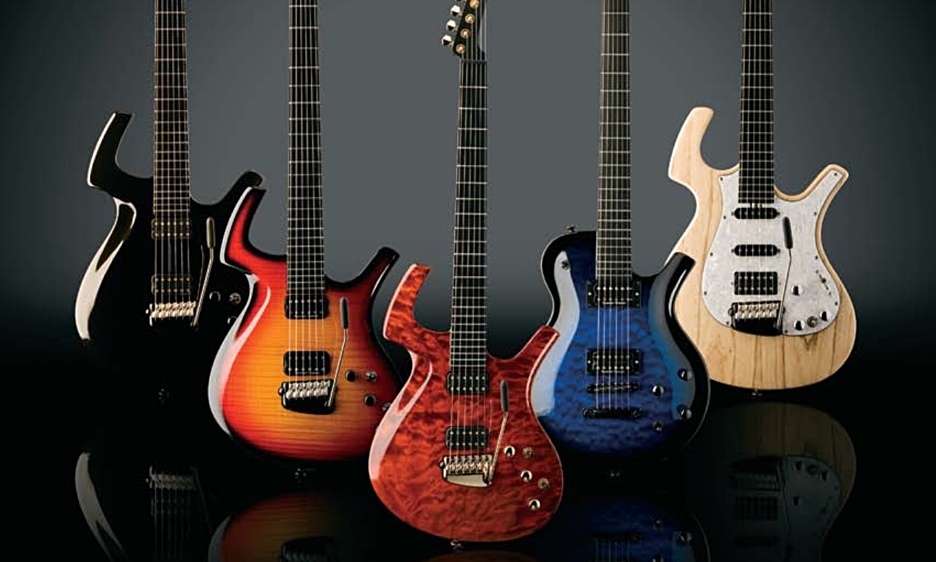 Part of the reason I’ve never quite taken to the acoustic guitar is that I live with the lingering fear that someone will ask me to play 'Kumbaya,' at which point they will take a Fender to the face.

This Christmas marked a very important anniversary in the history of Your Own Personal Genius. Thirty years ago, I received a gift that would change the course of my life forever: a Korean-made Starforce Strat-copy guitar, along with a small Fender practice amp. I got with it a small book of basic blues scales, plus 12-bar and 8-bar blues structures. It was all I needed to start me on an adventure that has lasted three decades and counting. The only things I've been as long as I've been a guitarist are a writer and an Atlanta Braves fan.

Of course, I was a musician before I got my first guitar. Most of you who follow this column know that I played baritone horn and trombone in high school, and majored in euphonium in college. I played a little Jazz trombone before realizing that I'm a far better writer than a musician. But at least I had the foundation for learning the instrument quickly, having been schooled in some of the intricacies of music theory that I could apply to the 6-string. Which meant I could learn the instrument from the ground up without resorting to aping currently popular songs and becoming just another utility-grade guitarist.

That's almost exactly how it happened to me. Within weeks of acquiring a guitar, I was in a band with several other guys who were also just starting out on their instruments. We called ourselves Primitive Lunchbox, mostly wrote our own songs and did a few covers of Pink Floyd and The Doors songs. The highlight of our time together was playing a well-attended chili festival in the nearby 'big city' of Roanoke. Like most bands, we played some good music and had a lot of fun and that was about it. We each went our several ways and life just sort of happened to us, as it will. Autumn came. People married and died. Lydia did not return.

You would think, being the Dean of American Jazz Humorists®, I would have gravitated towards Jazz as my main form of expression on the instrument, especially since I'd played Our Music on my other instruments (I still submit that Jazz euphonium is a vast, undiscovered territory). But alas, I never did quite have the chops for Jazz. My playing was firmly rooted in the Blues, as is Jazz at its heart, and there was some Jazz influence in my choice of quirky chords and polyphonic rhythms, but at the end of the day, I'll always sound less like Charlie Byrd or Kenny Burrell and more like David Gilmour of Pink Floyd.

If I were to list all my influences as a guitarist, there would be Gilmour right at the top of the list. I wish I could list cats like Stevie Ray Vaughan, Eric Clapton and Jimi Hendrix, but the truth is that I knew from the start that I'd never be that good. The rest of my influences, from Chuck Berry (in his Chess Blues days) to Otis Rush to Peter Frampton(!) to Mark Knopfler, hardly stand out on anybody's top 10 list. I started playing the instrument too late, at 21, and I lived in a place where most of the guitarists around were either mediocre country pickers or wannabe hair metal shredders. No matter how hard I worked, I knew I could only teach myself so much. To this day, I've never had a formal lesson and rarely played with anybody better than me.

Still, my goal from the beginning was to be the best Jeff Fitzgerald-style guitarist in the world. I believe I've accomplished that, even though my skills are nowhere near where they should be after 30 years. I have a distinct sound and playing style. I've never had to resort to copying other people's licks, which is actually a point of pride for me. As much as I love David Gilmour's epic solo on "Comfortably Numb," I've never played it note-for-note, even if I did buy a Fender Stratocaster mostly because he plays one.

My main axe is a Parker NiteFly named Akiko (Japanese for 'autumn child,' since she was made in October of 2000). For those of you who may be unfamiliar with Parker, they make high-quality, very unique instruments that aren't just copies of existing Fender or Gibson designs. Lightweight, amazingly versatile, and plays like it was custom-made for my hands. It was the first guitar I ever played that I had to own right on the spot. Prog-rocker Adrian Belew and Living Colour's Vernon Reid are Parker men.

My first 'real' guitar, though, was the aforementioned Mexican-made Stratocaster named Kim (for my first 'real' girlfriend). I later bought a Mexican Fender Telecaster (named Ginger, even though she's midnight blue in color, for another former girlfriend who was just as flexible and all-purpose as her namesake), and a Fender Jaguar (named Tara, for my ex-wife, because neither of them stayed in my life for long). I also acquired an Alvarez dreadnaught acoustic, which I passed on to my brother so that he could fulfill his bucket list desire to learn the instrument, and a Fender Resonator acoustic (named Ashley, for an old crush with whom I was never quite able to hook up with the same way I've never quite gotten into to the acoustic guitar).

With the exception of my original Starforce and my Jaguar, both candy-apple-red, all of my electric guitars are some shade of blue. I've often said that I like black cars, blue guitars, and redheaded women. That holds true today, despite my deep and abiding crushes on brunette actresses Tatiana Maslany and Heather Lind.

For those gearheads among you who may be curious, I string fairly heavy with D'Addario XL116s (.11-.52). I use Dava Control picks exclusively, because they are great for a wide variety of playing from lead to rhythm. My amps are a Fender Mustang II and a Fender Frontman Reverb. I plug straight through the amp, with no effects save the natural high gain distortion of the amp. My Mustang, though, has some very interesting digital amp modeling and effects that I've been playing with recently. My dream amp would be a 1965 Fender Super Reverb, along with some kind of distortion pedal.

It may also interest some of you to know that, though I am naturally left-handed, I play right-handed. I feel that having my dominant hand on the fretboard gives me an advantage. I have a cousin who is right-handed but plays southpaw for the same reason. Mark Knopfler, of Dire Straits, is another lefty who plays right-handed, as are Elvis Costello, Billy Corgan (Smashing Pumpkins), and the late David Bowie. As much as I admire lefthanded guitarists like Albert King, Otis Rush and Jimi Hendrix, I just can't envision playing the instrument that way. Particularly like King and Rush, who played conventionally-strung guitars, in essence playing both upside down and backwards. Still, playing guitar is the only ambidextrous thing I do save the things required by necessity in a wrong-handed world.

So where is Jazz in all this? Well, for one thing, there is the fact that my playing is rooted in the Blues. Muddy Waters's drummer, Willie "Big Eyes" Smith said that, "Rock-and-Roll ain't nothing but the Blues, speeded up." Rock and Jazz share common roots in the Blues, which could be said (and will be said, by me, right here) that the Blues is the beginning of all American music except Folk. And you know my disdain for Folk. Part of the reason I've never quite taken to the acoustic guitar is that I live with the lingering fear that someone will ask me to play "Kumbaya," at which point they will take a Fender to the face.

I've already mentioned the influence of Our Music in my playing. In addition, all of my solos were improvised; I never played the same thing twice. Primitive Lunchbox and subsequent iterations Ten Miles Deep and BlueAcid were, at their hearts, jam bands. Though I never played a 20-minute Jerry Garcia solo (as a musician friend of mine said, "A 20-minute solo? Man, I've got to be somewhere in 20 minutes."), we were known for taking off on tangents even in the midst of our covers. I'm proud to say that we played Pink Floyd without me ever copying a Gilmour solo.

Though I never played Jazz on the guitar, the instrument kept me involved with music. I rarely touched my euphonium or my trombone after leaving college, the market being what it is for those horns. Though life has taken me in many different directions since then, music remains a singular passion for me. It is a language that has the power to soothe the soul, to heal and unite, and I am glad to still be able to speak that language if only to myself.