A wizard of sonic manipulation and texture, Belew has been the guitarist of choice for the art-rock crowd, playing with Frank Zappa, Talking Heads, David Bowie, Laurie Anderson, and Nine Inch Nails [see entries]. He has also fronted a version of King Crimson and sustained a lower-profile career as a solo artist.

In his hometown of Cincinnati, Belew was originally a rock drummer before developing his prowess on guitar. He was working the mid-American club circuit with his band Sweetheart when Zappa happened to attend a Nashville performance and tapped Belew for his band. Belew toured and recorded with Zappa (Sheik Yerbouti, 1979). After touring with David Bowie (captured on 1978’s Stage; he also appears on 1979’s Lodger), Belew recorded with Talking Heads (Remain in Light, 1980). Belew’s startling work - e.g., his careening solo on “The Great Curve” - immediately established him as a sought-after player. Belew toured briefly with the first expanded edition of Talking Heads and can be heard on their live 1982 album The Name of This Band Is Talking Heads. Belew later worked with Talking Heads Chris Frantz and Tina Weymouth on their band Tom Tom Club’s first album.

In 1981 Belew joined Robert Fripp, Bill Bruford, and Tony Levin in a latter-day King Crimson. Belew’s virtuosic playing - which by now included a whole lexicon of electronically produced animal sounds - as well as his urgent singing of his own caustic lyrics helped make this one of the most popular and respected Crimson lineups. Belew recorded Discipline (1981), Beat (1982), and Three of a Perfect Pair (1984) with the band before they broke up in 1984. He also made guest appearances on Laurie Anderson’s Mister Heartbreak (1984) and Home of the Brave (1986) and on Paul Simon’s Graceland (1986).

With The Bears - a short-lived band he helped form in 1985 - and in his subsequent career as a solo artist, Belew displayed his ease with pop songwriting and singing. Mr. Music Head yielded the minor hit “Oh Daddy” (#58, 1989), a humorous look at the vicissitudes of a middle-aged rocker, which Belew sang with his 11-year-old daughter, Audie. Inner Revolution both paid homage to, and affectionately deconstructed, the sound of the Beatles. He joined David Bowie on his 1989 Sound + Vision career retrospective tour. In 1994 Belew’s guitar playing was featured on the industrial band Nine Inch Nails’ album The Downward Spiral.

Belew’s own album of that year, Here, recorded at his home in Cincinnati, showcased his vocals and multi-instrumental expertise; Belew played all the instruments and produced. Throughout the ’90s and into the new century, Belew continued his guitar explorations, either acoustically or, more typically, employing a full range of techno-heavy effects - an approach best summed up by the title of his 1997 release The Guitar as Orchestra.

One Track Mind: Adrian Belew on Songs from King Crimson, His Power Trio...

Something Else! Interview: Adrian Belew, of King Crimson 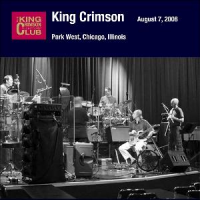 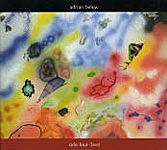 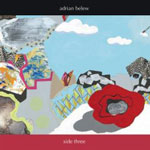 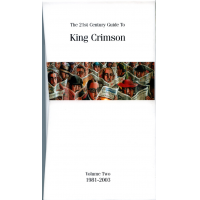 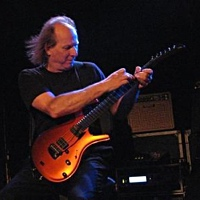 All About Jazz musician pages are maintained by musicians, publicists and trusted members like you. Interested? Tell us why you would like to improve the Adrian Belew musician page.