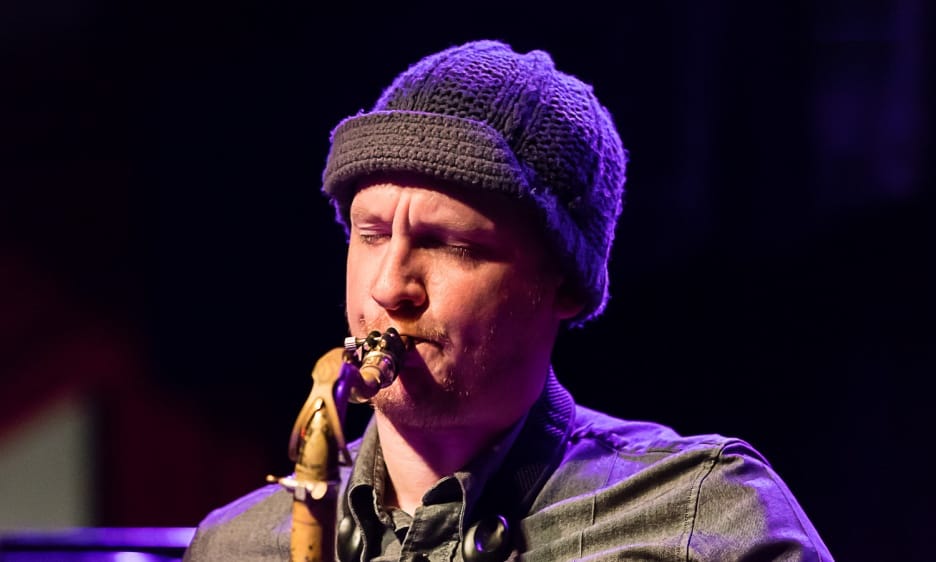 I was really happy about being able to play modern jazz more often in Seattle, and there being just so many cats to do it with. I just feel like I'm in the right place here.
—Rex Gregory

The city of Seattle has a jazz history that dates back to the very beginnings of the form. It was home to the first integrated club scene in America, on Jackson St in the 1920's and '30s. It saw a young Ray Charles arrive as a teenager to escape the nightmare of Jim Crow in the south. It has produced such historical jazz icons as Quincy Jones and Ernestine Anderson. In many instances it has acted as a temporary repose for greats such as Jelly Roll Morton, Joe Venuti, the aforementioned Charles, Larry Coryell, Julian Priester and Randy Brecker, to mention but a few.

Over the past thirty years, a number of prolific jazz voices have risen out of the great city of Houston, Texas. Modern jazz greats Jason Moran, Robert Glasper, Kendrick Scott and Walter Smith III come to mind. Like most jazz cities, many journey to pay dues in New York City. Many never return. This has certainly been the case in Seattle, Washington, where even the top local players have at one time or another made the sojourn.

That pilgrimage to Gotham was very much in the plans for Houston born and raised saxophonist Rex Gregory upon graduating from high school in 2001. Go to New York, receive an education, meet and play with the best musicians in the world-it was all in his grasp. On September 11, 2001, history changed all of that.

"My senior year was when the planes hit, so New York seemed a little dicey. Prospective students usually would fly down to audition for schools, but no one would get on a plane," he recalls. "In hindsight it was the best thing that could have happened to me."

So Gregory turned to a different jazz legacy, where it all started, in the city of New Orleans. He applied for, and was granted, a full scholarship at the University of New Orleans. It would not be the last time however, that history would radically change the path of the intrepid saxophonist.

Gregory received his education not only at the university, but on stage in front of people, displaying not only his prowess, but his stylistic versatility. The vibe, the history, the great families of music all coursed through his musical veins and became an infectious part of his artistic being. He became a regular presence on the scene there, frequently appearing at clubs such as Snug Harbor. His time there would produce two independently released recordings. An End to Oblivion (Self Released, 2010), and Rocket Summer (Self Released, 2013) featured Gregory mostly on alto saxophone, developing an original sound that transferred to the tenor as well. The former featured vocalist Johnaye Kendrick, then a student at the Thelonious Monk Institute. Less than a decade later, both would have families and live in the greater Seattle area.

On August 23, 2005, the city of New Orleans was devastated by Hurricane Katrina. The ravages of that tragedy, and the global catastrophe of climate change that accompanied it wore heavily on Gregory. The music scene changed dramatically, with many musicians exiting the city for good. Gregory himself evacuated the night of a gig, heading to Houston for a while before returning to find the city he had grown to love a different place.

"I went back to Houston, to evacuate. I had a gig that day and was told the gig's not happening, you should leave. And so I got my horns and my clothes and went to Houston," he recalls vividly.

Moving forward a decade later he went in search of a new home, someplace where he and his wife could be among more like-minded people, where there was work and a music scene vibrant enough to appeal to Gregory, now a world class practitioner of his craft. That mindset pointed them down a path that led to Seattle in 2017, setting up shop on the south end of the city.

Word spread fairly rapidly about the new arrival from New Orleans. Gregory hit sessions, and met everybody he could, wasting little time. Quickly he could be seen on stages around the city, playing everything from trad jazz to post-bop modern jazz, as well as some free jazz gigs. He was granted a monthly residency at Tula's Jazz Club, appearing with top Seattle players. While he played some alto, flute and clarinet, Gregory reinvented himself to some degree as a tenor player, and has become one of the most in-demand musicians in the city.

"I think I was always a tenor player and in New Orleans I got pigeonholed a little bit as being an alto player. I felt like I'm starting over, I might as well start over as a tenor player. So I gravitated towards it," he says. "There's so many great players in Seattle. I call it the Seattle sleeper cell. I'm out there meeting great players and all of a sudden there's this really great player that I just didn't know about at all who just blows my mind. I'm still barely scratching the surface to be honest."

It was refreshing to arrive upon a scene so fertile, despite the fact that the local scene would soon lose its central gathering spot in Tula's. There had been a long period where modern jazz was not faring well in New Orleans after Katrina. There was a struggle because so many musicians had left town.

"I was really happy about being able to play modern jazz more often in Seattle, and there being just so many cats to do it with. I just feel like I'm in the right place here," he remarks.

At 35, Gregory has a lot of road out in front of him on this journey. Whether playing clarinet in a trad band, or deep throated tenor in a modern post-bop setting, Gregory moves the tradition of great Seattle saxophonists forward one more step. The city was once considered a remote outpost in the Northwest, somehow attracting such residents as Jelly Roll Morton and Ray Charles in the early days, as well as modernists Julian Priester, Bill Frisell, Ralph Towner and Gary Peacock in more recent times. Over the past half century, the bar has been set high in Seattle by tenor saxophonists Jabo Ward, Don Lanphere, Hadley Caliman, Hans Teuber and Rick Mandyck. Gregory's distinctive tone and deep understanding of the jazz tradition, as well as his intrinsic connection to the blues continues that proud lineage.

The present construct of Seattle presents major challenges to artists at large in a changing world of analytical stresses, and socio-economic imbalances. That jazz music expresses the blues in its present tense, and points to hope and new awareness is a notion never more relevant and vital to our culture. That understanding is a driving force for modern jazz musicians in this new era. Gregory's journey in music and life personifies just that.