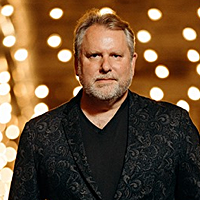 Billboard Magazine’s “Critic’s Choice” Bryan Lubeck is known for the fusion of his romantic Spanish guitar style and smooth and energetic urban grooves. Bryan has become a familiar name in contemporary pop and jazz instrumental radio and streaming platforms over the last decade. His new release “Midnight Sun” hit #1 best seller on Amazon and is already receiving major radio play.

In 2021 ranked in the top 100 Blues/Jazz Artists in the world and even broke into the top 10 deep smooth jazz artists Globaly as well.

An editor with Billboard Magazine said that “…Bryan weaves a rich tapestry of Latin, urban and pop music. The striking ballads and exciting catchy flamenco styles from his release have proved to a new generation of music lovers that the contemporary elegance of Spanish guitar is more powerful today than ever before.” This sentiment is reinforced by the Millions of streams and plays on terrestrial radio and online outlets.

His first performance in the Smooth Jazz genre was with Tower of Power superstar saxman Richard Elliot. After a standing ovation, Bryan believed he hit on something and began work on an instrumental CD Acoustic Vineyard. His goal was for people to be able to listen to a CD front to back while chilling on the deck with a glass of wine. A major retail chain bought into it and things took off. Now with tens of thousands of albums sold he continues to produce music for instrumental fans and audiophiles around the world. Microsoft even used his song “Vineyard Groove” for one of their product launch theme songs. One of his most successful releases is a collaboration with Billboard Top 10 artist Johannes Linstead - the holiday CD We Three Strings. Legendary Smooth Jazz radio programmer Rick O’Dell of Chicago's WNUA ranked it as one of the top 10 holiday CDs of all time, in any genre! Four songs from the album continue to receive significant time in radio rotation every holiday season.

Having performed live for more than 1,000,000 music enthusiast, Bryan’s concert credits include opening for industry legends and greats like Michael McDonald, Richard Elliot, Jim Peterik (Survivor), Rick Braun, Mindi Abair, Brian Clulbertson, and Craig Chaquico, to mention just a few. He has honed his show into a perfect blend of romance and high energy songs that have mass appeal across age, cultural, and genre differences.

All About Jazz musician pages are maintained by musicians, publicists and trusted members like you. Interested? Tell us why you would like to improve the Bryan Lubeck musician page.