Since his formidable emergence on the music scene in the late 90s, jazz pianist Jason Moran has proven more than his brilliance as a performer. The Blue Note Records recording artist has established himself as a risk-taker and innovator of new directions for jazz as a whole.

In almost every category that matters—improvisation, composition, group concept, repertoire, technique and experimentation—Moran, and his group The Bandwagon— with bassist Tarus Mateen and drummer Nasheet Waits— have challenged the status quo, and earned the reputation as “the future of jazz.”

Moran is currently preparing for the release of TEN, his 10th anniversary album with The Bandwagon, on June 22, 2010. The trailblazing trio has proven to be one of the most enduring and creative piano trios in jazz today. TEN represents their most assured and focused album to date.

Moran's debut recording as a leader, Soundtrack to Human Motion, was released in 1999 to great critical praise. Ben Ratliff of The New York Times named it the best album of the year and the Jazz Journalists Association awarded it “Best Debut Recording.” The following year, Facing Left, established The Bandwagon trio with bassist Tarus Mateen and drummer Nasheet Waits, and prompted JazzTimes Magazine to declare the album “an instant classic.” Moran augmented the trio for his third Blue Note release, Black Stars, adding avant-garde icon Sam Rivers, who plays saxophone, flute and piano on the recording. Gary Giddins of the Village Voice exclaimed, “Black Stars is possibly a Blue Note benchmark, definitely one of 2000's outstanding discs.”

In 2005, his blues homage, Same Mother was released. This same year he received the first ever Playboy Jazz Artist of the Year award. Artist in Residence debuted in 2006 and showcased Moran's signature brilliance with ambitious undertakings. In the span of one year, Moran accepted and recorded three separate commissions from three pre-eminent and very diverse American arts institutions: The Walker Art Center in Minneapolis, the Dia Art Foundation, and Jazz at Lincoln Center.

In 2007, Moran was commissioned to create IN MY MIND: Monk at Town Hall, 1959, the critically-acclaimed multi- media performance investigating Thelonious Monk's famous recording, Monk at Town Hall. IN MY MIND examines Monk's process of creating this seminal concert using audio of conversations with Monk and the arranger Hal Overton.

This personal experience has been transformed into a feature documentary entitled IN MY MIND by director Gary Hawkins. The film premiered at the 13th Annual Full Frame Documentary Festival, and will have a special screening with the New York Public Library in April as part of the Jazz Loft Project exhibition.

Not surprising, the legendary Monk had a pivotal role in influencing young Moran to become a jazz musician. In 1981, at the age of six, the Houston native began studying the piano, but longed to quit until he first heard the sounds of Monk, an experience that established an early role model in Moran's creative development. Moran later honed his musical education at New York's Manhattan School of Music.

Music education still plays a central role in Moran's life. He is on the piano faculty at Manhattan School of Music. He has been lecturer/instructor at Yale University, Dartmouth University, University of Pennsylvania, Eastman School of Music, The Kennedy Center, The New School, New York's Museum of Modern Art, Banff Center for The Arts, Denmarks' Vallekilde Jazz Camp, Skidmore and Stanford Jazz Workshop.

A musician of diverse cultural interests, Moran is a connoisseur of modern furniture design who now exclusively performs in a chair specially built for him by the Danish designer Susanne Forsgreen. He is also a devotee of the painter Jean Michel Basquiat whose work continues to fuel his “Gangsterism...” series of compositions first heard on his debut's instant classic “Gangsterism on Canvas.” That series reappears twice on Same Mother's opening and closing numbers, “Gangsterism on the Rise” and “Gangsterism on the Set,” which correlate stride and dissonance.

His ongoing visionary collaborations in the art world have brought him additional fans and respect. Moran's music is in the collections of both the MOMA and Whitney Museum of American Art. He scored a ballet for renowned Alonzo King's LINES Ballet, as well as scoring video works for contemporary American artists Glenn Ligon and Kara Walker. Moran also has worked with pivotal visual/performance artists Joan Jonas and Adrian Piper. A future collaboration with Grammy-nominated neo-soul artist Meshell Ndegeocello—a dance party centered on the music of Fats Waller—will premiere in 2011.

NEC Faculty Member Jason Moran Led A Performance Of "The Music Of...

”Although he has the facility to play with breathtaking fleetness, his uniqueness traces to his refusal to be locked into predictable, bebop-based patterns.” —The Los Angeles Times

“Moran is like no other pianist at work. His improvisations are dynamic, eruptive, keyed to the compositions at hand.” —Village Voice

“When Jason Moran performs with his trio, Bandwagon, these days, he engages in a ritual that befits one of the most independent minds now working in jazz.” —The New York Times

“Of course, countless other jazz musicians have tried to reinvent eras past, including the elliptical 1960s, with varying degrees of success

”Although he has the facility to play with breathtaking fleetness, his uniqueness traces to his refusal to be locked into predictable, bebop-based patterns.” —The Los Angeles Times

“Moran is like no other pianist at work. His improvisations are dynamic, eruptive, keyed to the compositions at hand.” —Village Voice

“When Jason Moran performs with his trio, Bandwagon, these days, he engages in a ritual that befits one of the most independent minds now working in jazz.” —The New York Times

“Of course, countless other jazz musicians have tried to reinvent eras past, including the elliptical 1960s, with varying degrees of success. But it's Moran's writing, the bane of so many a young pyrotechnic lions, that separates him.” —Newsweek

“...Moran has earned nearly unanimous acclaim, demonstrating with wit and imagination the triumphs possible in jazz...” —JAZZ by Gary Giddins and Scott DeVeaux

“Jason Moran [is] shaping up to be the most provocative thinker in current jazz.” —Rolling Stone 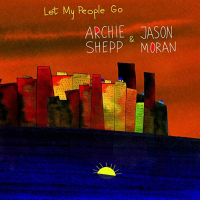 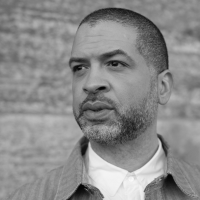 The Sound Will Tell... 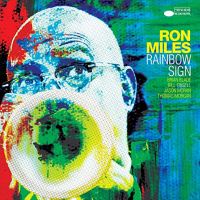 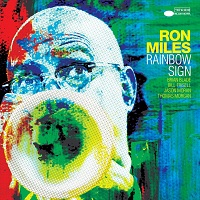 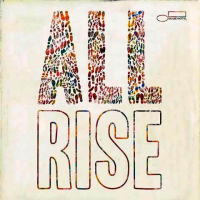 From: Supersense
By Jason Moran

All About Jazz musician pages are maintained by musicians, publicists and trusted members like you. Interested? Tell us why you would like to improve the Jason Moran musician page.