Pianist Francesca Han’s music captures both the subtle affectivity of classical music and the uninhibited effusiveness of rock. Having studied both, she has now developed an approach to jazz that leaves a foot planted in tradition while reaching for unique expression. After achieving rapid success in her native Korea, she was encouraged to move to New York City in 2004. There she received her master’s degree in jazz performance from Queens College under the tutelage of pianists David Berkman and Bruch Barth, trumpeter and arranger Michael Mossman, and saxophonist Antonio Hart. She played with various jazz groups throughout New York. She has performed at Dizzy's Club Jazz at Lincoln Center, 92nd Street Y, Kitano, Sofia, Garage, fatcat, Smalls, Cleopatra's needle and numerous other clubs throughout the New York metropolitan region and international jazz festivals. Her performance with the quartet Jayu at Jamaica Center has won critical claim for its blend of jazz and traditional Korean music by New York Daily News. With her eponymous debut album (Francesca Han on M.M. Records), Francesca’s playing is characterized by an intimacy that transcends musical boundaries. In 2012 she released trio-quartet album "Illusion" and first solo piano album "Ascetic"(Audioguy)

Read more articles
"After only two recordings, Han already sounds like the finished article. Illusion is the work of a mature, intuitive and daring musician, and one undoubtedly deserving of greater recognition." —Ian Patterson, All About Jazz

"Francesca explores the rich jazz tradition in her search for ways to stretch the language. Her debut CD, Francesca Han, is a broad sweep of expression that ties the work of the masters to her own artistry." —Jacob Teichroew, Jazz Guide for About.com 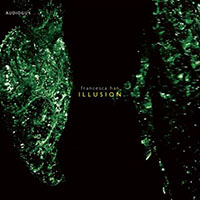 All About Jazz musician pages are maintained by musicians, publicists and trusted members like you. Interested? Tell us why you would like to improve the Francesca Han musician page.