Engin Özşahin is a jazz pianist and composer. He was born in 1986 and lived in Istanbul, Turkey until his late twenties. His first musical influence was his grandmother, who played classical piano by Schubert, Rachmaninoff and Chopin. At age 6, Engin started to learn classical piano himself and became very interested in the melodies and harmonies of aforementioned classical composers.

Although music and performing was Engin’s passion, his cultural and family environment which consisted of engineers and architects suggested that these professions were the way to go in life. As a result, he completed mechanical engineering and business administration degrees in Istanbul and worked as a business developer in corporate environments following that.

Alongside his college studies and work, Engin excelled at playing Chopin and Rachmaninoff preludes, and got interested in jazz. After attending the summer jazz workshop programme at New York University in 2013, he rediscovered and better understood his passion for music, which led him to attend Bahçeşehir University’s Jazz Certificate Programme in Istanbul. Through this, Engin met with minds alike and started to carve out more time from his professional life, practicing and playing jazz piano. From 2014 to 2016, Engin expanded his collaboration with local musicians in Istanbul, played in numerous venues in Istanbul, and took part in Istanbul Jazz Festival.

Thanks to his studies with Istanbul’s music luminaries Baki Duyarlar and Güç Başar Gülle, he decided to quit working for corporate companies and follow his instincts to become a full-time jazz performer and composer.

In 2016, Engin got accepted to Boston’s New England Conservatory as a jazz composer. He is now a student of Frank Carlberg and Jerry Leake, a year away from completing his Bachelor’s degree.

Engin was awarded Beneficient Society Scholarhip in 2017 and his jazz compositions have been performed by Turkey’s National Radio Jazz Orchestra.

Now a resident of Boston, his current projects include:

Sequence of Emotions, a jazz sextet, where he tries to use his experience of changing life path as a concept to create music and to reach others who have struggled or are struggling with such transitions in their lives to spark a conversation and empower them by doing so.

IsNotThatAymore, a collaboration between three jazz musicians and two actors from Boston Experimental theatre, Engin aims to create a performance that encourages actors, musicians and the audience to discover the relationship between their bodies, their imaginations, and the environment (space, light, sound, and others in the room) to create characters, designs, music and movement.

Engin Ozsahin is the recipient of Beneficiary Society Scholarship Recipient - 2018 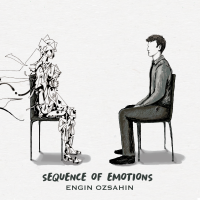 All About Jazz musician pages are maintained by musicians, publicists and trusted members like you. Interested? Tell us why you would like to improve the Engin Ozsahin musician page.