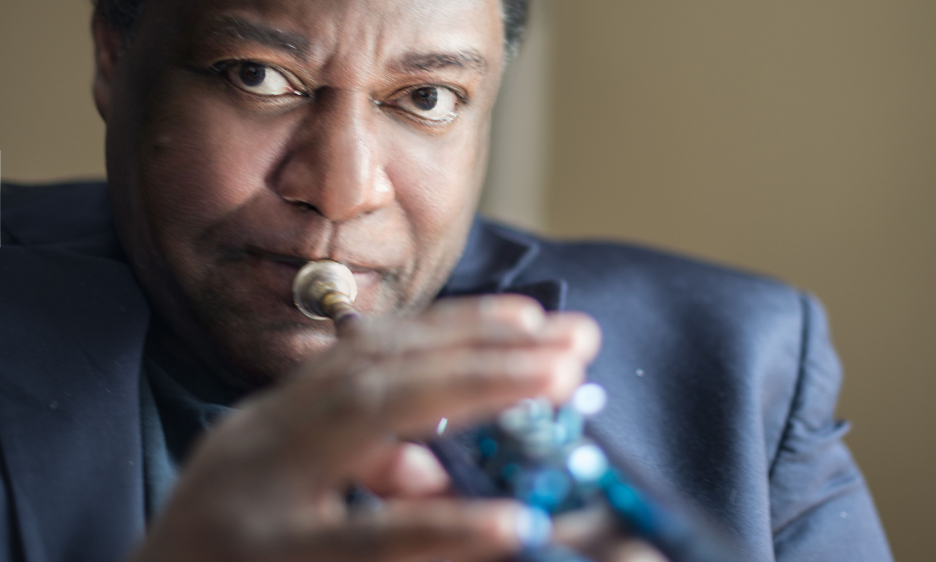 Trumpeter Wallace Roney has come a long way since his days as a Miles Davis mentee. The young man who earned the Down Beat Award for Best Young Jazz Musician of the Year in both 1979 and 1980 is now a seasoned veteran with 22 band-leader recordings to his credit.

During his career, Roney has played with Davis, Art Blakey, Dizzy Gillespie, Wayne Shorter, Herbie Hancock, Ron Carter, Chick Corea and a long list of others.

All About Jazz: You're quoted in the promotional materials saying "I look for musicians who have an expansive understanding of what's possible, and who have the ability to play above that, but who are always cognizant of what's going on around them." I'm guessing that last point has to do with more than just music.

AAJ: Do you think jazz musicians have done a good job of remaining current?

AAJ: It takes a pretty accomplished musician to be able to communicate what they feel.

WR: That's for sure. That's the beauty of this music called jazz. You should be an accomplished musician to perform this music. However, there are other musics where you're not accomplished, but music springs up out of you anyway. It's not what I do, and it's not what I prefer to listen to, but I'm not critical of it.

AAJ: Back to your quote, and the reference to expansiveness. Do you ever feel constrained by jazz?

WR: No. Absolutely not. The only constraint that jazz has are the ones that critics put on it. Jazz represents the highest understanding of playing your instrument How can you be constrained by that?

When people start talking about what a person is doing or isn't doing—it's what he wants to do. That's why I don't want to criticize anything anymore. I don't feel like judging. The only thing I want to judge is what I'm trying to do. If people want to take the music that Hank Mobley made in 1960 and just play that, that's fine. It takes a great degree of technical ability to be able to play that.

But for me, I would like to take all of that information from what Bird did, what Pops did, all the way to the highest, most technical—nobody's surpassed what Miles and John Coltrane have done yet. We are all offshoots of that. As long as we're playing 32nd notes and 16th note triplets, that comes from what Miles, Bird and Trane did.

AAJ: What set them apart?

WR: No, no, no. You're not going to get me to say what set them apart. There's nothing that set them apart. It's what the music needed at the time, and the music evolved. Charlie Parker was a genius; we know that. Miles Davis was a genius. The music needed that, and the music needs what's going on now. It wasn't set apart. They put it there, so they could use it and everybody else could use it. When something else moves the harmonic and rhythmic structure of the music to another strata—if it ever gets to another strata—fine.

AAJ: You talk about all this in terms of a continuum.

WR: Right. That's what I tell my guys. Build on the masters. Learn everything they've done. Don't cheat on it. But then, always come out you. Always be you, with it. You're not sitting up there and trying to regurgitate what they did. You're trying to use it from your point of view. And if you're lucky, you might even be able to add to it.

AAJ: Do you consider yourself a mentor of young talent?

WR: I never thought about mentoring per say. I thought about it more in terms of leading a band. But it's probably gotten to a point now that I'm quote-unquote mentoring because I'm older than these young guys and I've also had the benefit of playing with the masters. And there are things I learned by playing with them that none of the guys on the scene seem to know. Sometimes it can be frustrating, and so I find myself teaching them so that my music can grow. So that they can get up there and understand how to utilize these things in the music.

WR: I guess we are. We're all students and we're all teachers.

AAJ: Do you see a difference between the current generation of jazz players and those that came before them?

These kids today probably don't feel the same. They probably feel like 'why should I play with this person, when I can do that myself?' When I first came to New York, I looked forward to playing with the greats to put a demand on whatever ability I had. When I played with Art Blakey for the first time, I almost couldn't hear myself. Hearing him play so magnificently, against what you're playing, it puts a demand on your talent.

But the young guys today don't seem to care or want that. And trust me, they need it. Because when those guys play with me, there are a lot of things that they haven't learned. Advanced things, not stylistic things.

AAJ: I imagine you've got a lot to share.

WR: I was fortunate enough to be Miles' protégé. He liked what I played, and from that point on, I was there any time he was playing. Whenever I could, I would go see him. And some of the conversations that I had with him, I'd utilize on the bandstand with Tony Williams or with Art Blakey.