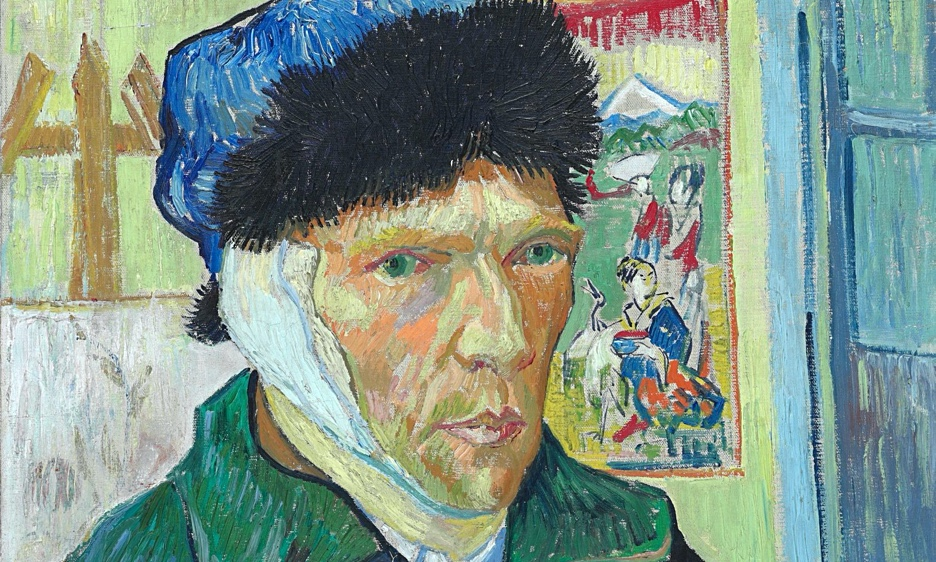 Don't we all have better games to play than 'pin the stigma on the artist'?

Like Don Quixote, I often find myself smashing against windmills—especially the big, spinning illusion that great creativity requires great craziness. That's why I wrote The Insanity Hoax: Exposing the Myth of the Mad Genius (Shrinktunes Media). Published in 2012, it remains the only book that explains how this fiction began with a misunderstanding of Plato, gathered steam over the centuries, and continues to endure today despite its complete lack of proof. Unfortunately, the "mad genius" image is so popular and romantic that it's used to sell all kinds of things. Here are a few examples.

One. Long ago, a certain smug magazine appointed itself the ultimate judge of all that is trendy in the world. In one of their snarky in-jokes, they recently ran a clothing ad that didn't show any clothes at all. It was just a full-sized white page where bold black letters proclaimed to the world that "genius is born crazy". Since there wasn't a single outfit on display, or any product text, it seemed they were selling only one thing: contempt for brilliance.

Two. A few weeks ago, while hunting new piano music (there were too many mysterious spills on my Debussy), I came across a Chordify.com song list that was marketed this way: "There is a fine line between insanity and genius. These songs are the proof of that".

Really? In fact, there isn't any such proof to be had. Not there. And not anywhere.

So, aiming at yet another windmill, I filled out their contact form with this blazing header: "You are doing a total disservice to the creative community by spreading a nasty rumor." I hoped this might get someone's attention. Just in case it did, I went on:

"Please note that this 'fine line' is absolute nonsense—it's nothing more than an ancient myth that ultimately devalues both the artists (of any kind) and their creative products, since you imply that the best of them must come from a deranged mind.

"Moreover, it stigmatizes and worries the artists who often fear that their excited moments of inspiration, and their exhaustion when a new product is finally done, are both pathological states (as in, manic and depressive), instead of reflecting the natural ebb and flow of the creative process.

"The pure fact is, there isn't a shred of scientific proof for this nonsense. You may think it's sexy and clever to mention it, but it's actually neither. So PLEASE think twice, educate yourselves, and find another come-on for your song list!"

Wow. Reading all this righteous finger-wagging, it's amazing that I got any reply at all. And I wasn't expecting much: just hoping a mind or two might creak open like a Halloween casket, and recognize the myth for what it is.

What I didn't expect was this immediate and thoughtful reply from Rob at Chordify: "In our defense, we didn't mean to use 'insane' in any clinical definition of the word, more in a vernacular way. We thought the songs...are so quirky and over-the-top, like "Barbie Girl" by Aqua, that they may seem a tad insane. It's not a statement about the mental state of the makers. Nonetheless, the text...that states 'fine line between insane and genius' clearly evokes the wrong idea."

It certainly does. The problem is that, even when such references are informal or meant to be funny, the public may see them as more "proof" that the "mad genius" is a real thing.

Onward to little dolls and erasers. New York's Metropolitan Museum now offers a small Vincent Van Gogh "action figure" in its catalog, complete with detachable ears (one of them bandaged). But it's probable that the ear-slicer was actually Van Gogh's temporary roommate Paul Gauguin, who was famous for both his fiery temper and his skill with a sword. In fact, two recent movies have solidified this suspicion (Loving Vincent, At Eternity's Gate).

It's likely that the two artists had their final fight that night. When Vincent passed out from extreme blood loss, it left the task of explaining what happened to the one who actually did it (and who left town the next day, leaving valuable possessions behind). Gauguin's fanciful tale about Vincent's obsession with Jesus and body parts became ammunition for his commitment, when his neighbors soon clamored for it.

It makes sense that Gauguin wasn't blamed at the time, given Vincent's well-known neediness and reluctance to indict a possible friend (this also applies to his alleged suicide, but that's a whole other column). It's also possible that his famous painting, "Self Portrait with Bandaged Ear"—the visual that made him poster boy for the "mad genius" movement—was actually more secret accusation than confession.

Note: there's a Web site and book devoted to the alternate explanation. They reflect the authors' extensive research into police reports, medical records, and Gauguin's own memoir, in which he calls himself "a clever liar." You can also find veiled references to his guilt in the ongoing correspondence between Vincent and his brother, Theo; hundreds of letters are free, searchable, and available in English at vangoghletters.org.

Meanwhile, the Met doll is helping to perpetuate the degrading rumor about that nutty red-haired painter who mutilated himself, a fiction that was officially dismantled three years ago.

In 2016 the Van Gogh Museum in Amsterdam convened 30 creativity experts for a conference called On the Verge of Insanity: Van Gogh and His Illness. The group included psychiatrists and psychologists (including me), physicians, neurologists, and art historians. For two days, we debated the most dismaying aspects of Vincent's life: his medical problems; constant and extreme poverty; cold and rejecting family (except for Theo, who was also his only friend); social and sexual ineptitude; serial career failures; continuous, aching loneliness; alcohol abuse; and probable seizure disorder.

After many intensive round-robin discussions, we finally voted that Van Gogh was seriously troubled, but NOT insane. Perhaps this compassionate verdict was because the group included art historians, who are intimately familiar with the ups and downs of the creative life and have no need to pathologize it. In any case, it was a rare and glorious moment.

Yet ironically, the same Dutch museum that showed such respect for their native genius was also selling ear-shaped erasers in their gift shop (Ear-aser, get it?).

At least, they used to sell them. I'm delighted to report that, as of this writing, they no longer are.

But the myth remains. Even if it arrives bundled in a lighthearted reference, its impact on the artist—whether painter or musician—can be painful and discouraging. It's also wholly unnecessary. And so the question remains: Don't we all have better games to play than "pin the stigma on the artist?" Can't we just appreciate what they create?