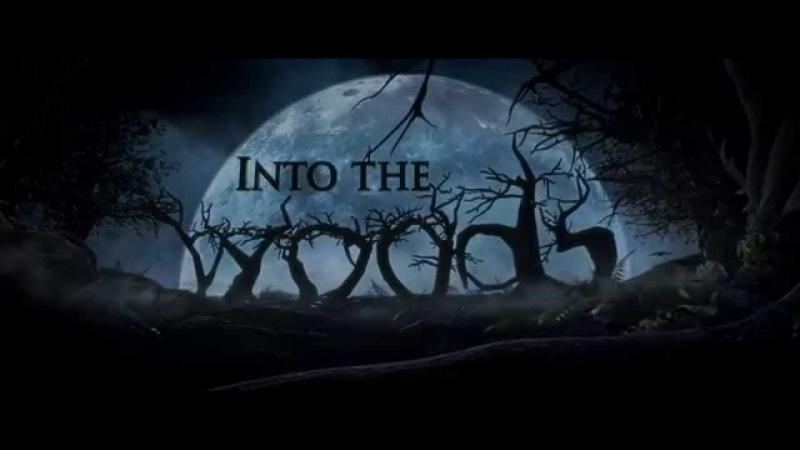 BY DR. JUDITH SCHLESINGER
January 10, 2015
Sign in to view read count
Inspired by the stage version of "Into the Woods," this article provides an unusual psychological spin on the 2014 film.

Whether or not we agree with him, Freud was a genius. His cosmology is so compelling that it continues to pervade Western culture; nearly a century after he first developed it, his symbolic imagery still adds layers of meaning to literature, drama, and the visual arts.

The irony is that Freud himself hated music, and considered it intrusive (according to his nephew, Harry). This alone could explain his dismal view of mankind, including his belief that the goal of therapy—or the best that anyone could hope for, even if they worked at it—was "to transform hysterical misery into common unhappiness."

Now, this doesn't mean that all therapy is useless—it can work wonderfully well, given the right combination of talented therapist and motivated client. Like any healer/seeker pair since the beginning of time, the specific intellectual framework is less important than the fact that it's shared.

And they must share a place as well: a designated meeting ground where the healing and seeking can occur. (After all, the oracle never left Delphi.) Whether it's a couch or a temple, the place itself symbolizes wisdom. Each time you return you can measure your progress, because your old confusion lingers in the air.

Many Sondheim lyrics are laced with the kind of insights that are hard-won through therapy. There are also comical references to the people on both sides of the couch. In "Getting Married Today" ("Company") the altar-shy, hilariously neurotic Amy phones her analyst for help, but he can't see her til Monday, by which time she'll be floating in the river "with all the other garbage." In "Officer Krupke" ("West Side Story"), we meet two professional caricatures: the punitive social worker and the dotty Viennese psychologist.

But while psychological themes are found throughout Sondheim, only in Woods are the bittersweet lessons of the quest so prominent and so explicit. And only in Woods is there one sacred, scary place where everyone who needs answers must go.

So unless Sondheim writes something called "Tuesday on the Couch with Siggy," "Into the Woods" is his clearest mirror of therapy. At the same time, while agreeing that life can be full of frustration and despair, Sondheim gives us something that Freud never did: hope for change.

For therapy to work, it takes more than a place, more than believing, even more than the "aha!" moment when you finally trace the lineage of your pain. The process is much slower:

It takes care
It takes patience and fear and despair
To change...

And it takes two—including someone to tell if you do.

Such change will also require a visit to the woods—the cauldron of the id—where we confront the raw demands of our fears and desires. The truth waits there for those who dare to enter (just be sure you're home before dark...)

If we do dare, it's because we believe our wishes may come true, or at least our lives will make more sense, if we can unravel the mysteries that keep tripping us up:

You go into the woods,
Where nothing's clear,
Where witches, ghosts
And wolves appear.
Into the woods
And through the fear,
You have to take the journey.

The Tales of the Vienna Woods—i.e., Freud's—are similar to those told by Sondheim. For one thing, there's that unruly id, with its siren call of risky, selfish impulses, and there's also that mandate to finally face up to it, because "the farther you run, the more you feel undefined." But there's also help, in the ongoing presence of the Narrator/Analyst: he who describes, but does not judge.

In fact, all the problems found in Woods are familiar to any therapist (or any philosopher, which is essentially the same thing). Two of the knottiest are the necessity—and the risk—of choice:

With choice comes responsibility—something else you can't avoid if your time in the woods (or in treatment) will have any meaning at all. People tend to get stalled when they blame all their problems on someone else—parents, of course, being the most popular candidates.

In fact, while the Witch could be blamed for daughter Rapunzel's arrested development—after all, she did lock her in a tower for many years—she also makes a good case for the ultimate futility of blaming, since everyone gets "smashed flat" at the last midnight, anyway.

Other therapeutic issues given musical form include trust and greed, courage and compromise, justice served and denied, and—perhaps most of all—love: love found, love betrayed, love lost. But whatever the issue, the goal is always the same: how to make the lessons clearer—and the pain a little duller—for the next time.

I once heard some good advice: "don't should on yourself." The rules we impose on ourselves can be paralyzing, but there are no shoulds in the Woods:

Right and wrong don't matter in the woods
Only feelings

This absence of shoulds makes the woods at once scary and desirable: all that freedom, all that intensity. In the woods, the sole mandate is to plunge headlong after what you want, whatever it takes, and whomever it hurts:

Into the woods
To get my wish,
I don't care how,
The time is now.

It's only when you're outside again that you wonder whether the end justified the beans. Outside is also where we apply the lessons of the Woods (and the couch), using our new perspective to realize that "if life were only moments, then you'd never know you had one."

Some people refuse to explore anything without a map—even the terrain inside their own heads. Self-help gurus are delighted to oblige with all kinds of blueprints and mantras; even the Witch gives the Baker and his wife an abbreviated menu for happiness—a four-step program, rather than than the usual twelve: "the cow as white as milk, the cape as red as blood..." etc.

What's the good of being good
If everyone is blind
And you're always left behind?

Everyone tells tiny lies
What's important, really, is the size.

Seize the moment, skies may fall...

The harder to get, the better to have...

All manner of awful things are considered here: in the woods, as in life, people leave us halfway through; parents die, unknown or untouched; spouses cheat, children go from something you love to something you lose, and there really are big, tall, terrible giants in the sky—however you choose to define them.

And also in the woods—as in good therapy—the quest to understand is never finished. We know that, over and over again, life will knock us off balance and we'll have to gather strength and look for answers, probably right where we got them the last time:

Into the woods,
It's always when
You think at last
You're through, and then
Into the woods you go again
To take another journey.

The difference in Sondheim's Woods is we know the next time may be easier, because we've learned to find courage in each other:

It takes two./I thought one was enough,
It's not true:/It takes two of us.

And this, finally, is the redemptive message of Woods—that despite

...All the wolves, all the lies,
The false hopes, the goodbyes,
The reverses, [and]
All the wondering what even worse is
Still in store...

the connections between people are precious and sustaining, something to nurture and protect:

Careful, no one is alone.

Even though we will always suffer from "one another's terrible mistakes,"and even though the thunder of death may shake the theater, we are reminded that:

Things will come out right now.
We can make it so.
Someone is on your side,
No one is alone.

As long as we remember this, we will always get more than Freud's "common unhappiness" out of life.


Originally published by the author in The Sondheim Review's spring 1996 issue. "It Takes Two," "Ever After," "On the Steps of the Palace," "Any Moment," "Prologue," "Act Two Prologue," "No More," No One is Alone." copyright 1987 Rilting Music, Inc. All rights administered by WB Music Corp. All Rights Reserved. Used by permission.