Home » Jazz Articles » The Best of the Tribeca Film Festival 2014

The Best of the Tribeca Film Festival 2014 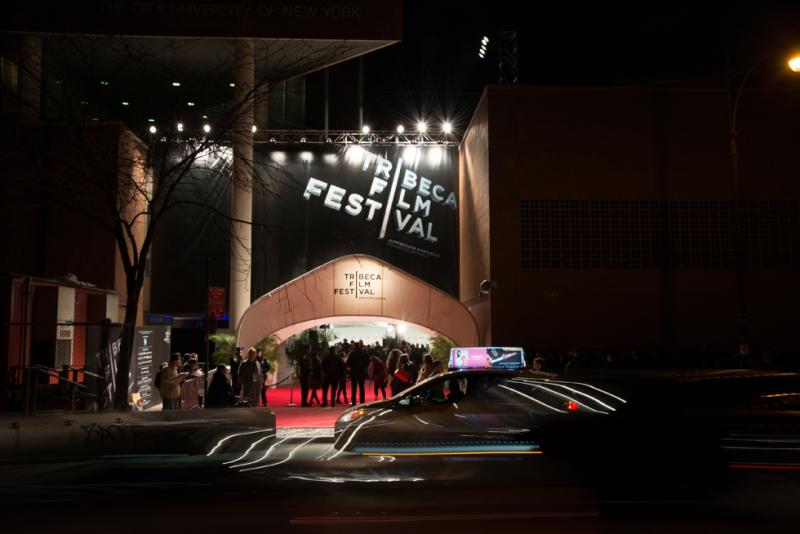 By Christine Connallon
January 10, 2015
Sign in to view read count
Celebrating its 13th year of bringing the best and brightest to movie goers, the Tribeca Film Festival 2014 previewed over 6,000 submissions to showcase gems in both feature and short length categories. With a total attendance of over 400,000 attending nearly 400 screenings and panels at a staggering rate of 95% attendance and representing work from 40 countries, the possibilities were endless. Founded by Robert De Niro, Jane Rosenthal and Craig Hatkoff in 2001 following the attacks on the World Trade Center as a way to help the economic growth of the hard hit downtown region through storytelling and culture, the Tribeca Film Festival is one of the brightest points of the year for the thousands who flock to enjoy the films and events, both in person and online. Let's look back at some of the highlights of this year's festival as we begin to plan for the wonder that is sure to be TFF 2015.

Begin Again: A beautifully constructed comedy with a heart that features Keira Knightly as Gretta, a musician whose boyfriend Dave (Adam Levine) leaves her in the dust as his own musical star shines brightly. When her path crosses that of Dan (Mark Ruffalo) a rumpled and shunned record label man who is down on his luck but spots her raw talent, both of their lives change direction.

Lucky Them: Toni Collette is a jaded music critic who is assigned to find the true story of what happened to Matthew Smith, the hottest musician who disappeared 10 years ago...and who happens to be her old flame. The actor cast to play Matthew is a great surprise and brilliantly done. Lucky Them stars the seriously underrated Thomas Hayden Church and Oliver Platt, who seems to have his hands in many projects this year.

Zero Motivation: A zany, dark, & comedic portrait of everyday life for a unit of young, female Israeli soldiers. The Human Resources Office at a remote desert base serves as the setting for this cast of characters who bide their time pushing paper and battling in computer games, counting down the minutes until they can return to civilian life. This truly stunning and captivating film is one you should absolutely have on your radar.

In Order of Disappearance: This Norwegian dark comedy/thriller means business. Nils snow ploughs the wild winter mountains of Norway, and is recently awarded Citizen of the Year. When his son is murdered for something he did not do, Nils wants revenge. Poignant as well as over the time on the gory scale, this delight will amaze horror fans with stylized shimmer and deliciously dark wit.

Art and Craft: This brilliant documentary about Mark Landis, one of the most prolific art forgers the U.S. has ever seen, will stay with you. Landis has duped curators throughout the nation with precise imitations from Matisse to Picasso, curiously never asking for money, but instead donating his counterfeits free of charge. After 30 years of conning the art industry, Landis is first discovered by Matthew Leininger, a registrar from Cincinnati, who has since dedicated years to tracking the man who hoodwinked him, in search of answers. But Landis' motivations are far more layered than simple deception. Diagnosed with schizophrenia, there's a question if he even knows that he is being deceptive at all.

Chef: The premise of this film, written and directed by Jon Favreau, is simple: a chef who loses his restaurant job starts up a food truck in an effort to reclaim his creative promise, while piecing back together his estranged family. The heart, soul and wit give it backbone and a talented cast round out the rest, including Jon Favreau, John Leguizamo, Scarlett Johansson, Oliver Platt, Bobby Cannavale, Dustin Hoffman and Sofia Vergara.

Human Capital: The destinies of two families are irrevocably tied together after a cyclist is hit off the road by a jeep in the night before Christmas Eve. This is constructed by beautifully tangled stories that are told from the point of view of three of the main characters, culminating a powerful ending.

Preservation: actor Christopher Denham takes his second turn in the director's chair with this finely crafted horror-thriller starring Pablo Schreiber, Aaron Staton, and Wrenn Schmidt. Brothers Sean and Mike Neary, along with Mike's wife Wit, head out on a hunting trip that doubles as a distraction from their troubles at home. But ignoring the "closed" sign and heading deep into an overgrown nature preserve, they soon find their troubles are only beginning. When all of their gear is stolen, they immediately turn on each other.

Manos Sucios: Produced by Spike Lee, this beautifully shot film tells a basic but powerful story. Towing a submerged torpedo in the wake of their battered fishing boat, Jacobo, a desperate fisherman and Delio, a naive kid, embark on a journey trafficking millions of dollars of cocaine up the Pacific coast of Colombia. While Jacobo is a seasoned trafficker, young Delio is unprepared for the grim reality. Gritty and compelling, this is the film that you need to see but didn't know it existed.

Zombeavers: Just for fun, this is a ridiculously funny horror film. Think Sharknado with beavers.

With films to satisfy the urges of any movie goer, the only question is how will the fine folks at the Tribeca Film Festival top this lineup? Thankfully we only have a few short months to bask in the wonder of the 2015 edition