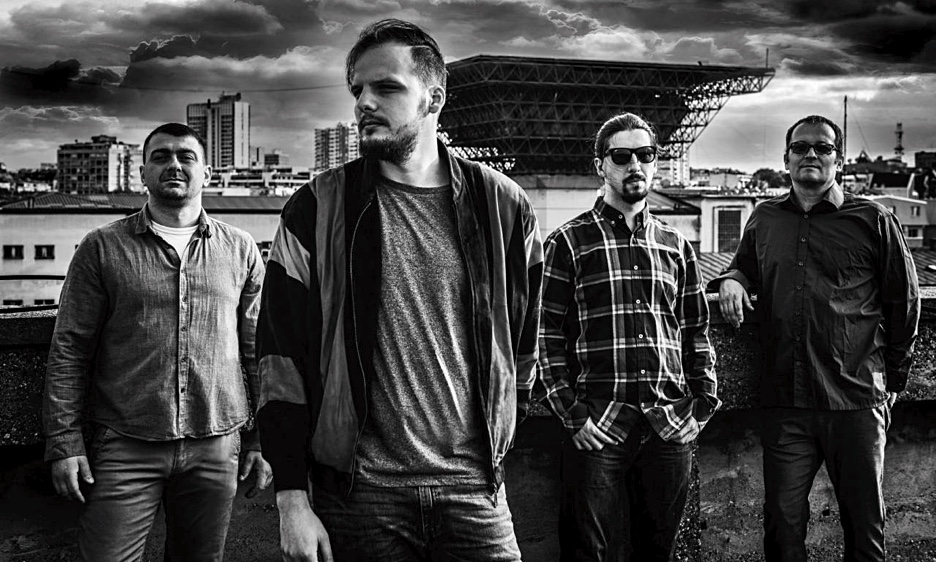 By IGOR MIšKOVIć
October 30, 2019
Sign in to view read count

Hashima is a rock / jazz group with a wide artistic approach, including original concert video projections, art movies, conceptual art and performance. The group was founded by Igor Mišković in Belgrade and it started out with more of a free-improv / jazz sound and kept evolving album by album. Recently, Hashima has been awarded best new jazz group in Europe (Avignon 2018) and placed on a top 100 best albums list (New York City Jazz Record) the same year. Their first album was a rock / jazz collage and their second album was an artistic avant-garde homage to a Dutch painter Hieronymus Bosch.

It is something I personally am still not sure if I want to be. I'm just trying to find my place in a small music market of Balkans—trying to communicate with art content is not an easy job to do. I was always into making a music in the most professional manner, from my early years, so if that is possible to do in future, I would probably say, yes, I want to be a musician in this time and place.

Avoid fascination by other artists anywhere beyond a large appreciation, because it can seriously damage and cripple your own artistic abilities. Allow yourself to experiment and to do things that in your mind are making you vulnerable and take you out of your safe zone. Start from the deep bottom and try to compress the form of your original poetic thought on the way up.

Learn to practice at home and find a music genre you prefer, and build your musical knowledge around it.

Anonymous musicians willing to practice four times a week, with the belief that it will bring a great thing up.

BEST: Playing at the Bulgarian National Theatre in Sofia without a drummer. Fantastic experience actually and a bit scary and revealing too!

WORST: Having a car with the band and instruments break down at Cannes in France, possibly the most expensive place to ask for a car assistance!

BEST&WORST: Driving across the EU in a caravan with a double bass in case on the car roof looking like a coffin! We were the main attraction on the road!

Avignon Jazz Festival. The venue is in front of medieval XIV century walls where Hashima entered the best new jazz oriented groups contest in Europe. It was a place where a lot of things clicked perfectly. Berlin Bflat club, for an acoustic group is a perfect place, especially if you have a good crowd like we did. The club was built to help invite a listener and the band on a journey.

"Haywain Triptych," because it is the most successful music piece we made.

It was, making a multi genre original instrumental music, outside the jazz box, and outside the rock box. Now, recently, the new goal was set and it is to try and make an electro-pop vibe connect with a jazz instruments. It is a rare mix, and with vocals it can be something that would open our art to a whole new audience.

Charles Mingus at Carnegie Hall. What a thrilling album!

Declining, hanging onto sponsorships from ministries of culture, but with no real financial sustainability. Something a lot of young people would not describe as a preferable music to enjoy. (even those not considered a regular listener). Similar like baroque music or classicism or church choir music.

Jazz, like it was, can not stay alive and grow. What can happen is that we use jazz language and tradition, and the attitude of it, and produce some new music that can connect with cool and smart younger people. And that is happening actually as we speak, it is just that the new music still has a jazz name, but will probably in future grant itself a new name to be recognized separately from jazz.

Finishing our third Hashima album, and working on introducing vocals and synth into the sound of the band, rebranding the band in a way. Doing a lot of music videos and concerts, and artistic performance videos.

Fear, that all the technique will hold on and not breakdown, which happens sometimes, unfortunately, mostly by a human error.

I am a parent of three bandit children. Also as a master degree musician I understand that music is something really hard to live from if you live in the states of Balkan where cultural organization is on a very low level. I hope and believe in making it by doing the things I love and do best. There are a few more years to check if it is the right approach!

It would be a dinner with Michelangelo Antonioni, an Italian movie director, a wonderful soul.