By Troy Collins
February 18, 2013
Sign in to view read count 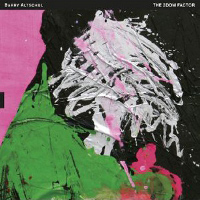 Drummer Barry Altschul is widely revered for his innovative work during the 1970s with the all-star quartet Circle and as a member of the influential trios of pianist Paul Bley and multi-instrumentalist Sam Rivers. Despite his avant-garde credentials, Altschul's purview also included sideman work with traditional jazz artists, including saxophonists Sonny Criss, Lee Konitz and Art Pepper.

Revealing his fondness for all facets of the jazz continuum, Altschul led his own diverse groups in the succeeding decades, first documented on his under-sung 1977 debut, You Can't Name Your Own Tune (Muse). He has since been a frequent collaborator of trombonist Roswell Rudd and a charter member of the FAB Trio, with the late violinist Billy Bang and bassist Joe Fonda. But it was Altschul's recent appearance on Foxy (Hot Cup, 2010), led by the mercurial saxophonist Jon Irabagon (of Mostly Other People Do the Killing fame), that spurred the formation of this trio.

Working with Fonda and Irabagon on The 3dom Factor, his first album as a leader in over a quarter century, Altschul draws on original compositions from across his entire oeuvre, including several brand new pieces: the angular title track, the Malian flavored "Oops," and the solo feature "A Drummer's Song." The only cover is a brisk, blistering reading of "Ictus," by pianist Carla Bley—a piece Altschul regularly performed in the late 1960s with Paul Bley.

Altschul's personalized approach towards "free jazz" is inclusive of all forms, "from ragtime to no time," as the saying goes. The drummer's longstanding conversational rapport with Fonda is expressed with palpable enthusiasm, notably revealed in the spirited tempo shifts and stylistic changes of "Be Out S'Cool," a vivacious excursion accentuated by the unfettered interplay between the two veterans and their much younger partner.

Irabagon is prodigiously talented, although his chameleonic virtuosity can sometimes inadvertently seem more like ironic pastiche than creative juxtaposition. Extrapolating Altschul's tuneful melodies with subtle restraint, Irabagon delivers some of his most disciplined and inventive performances to date. On genre-specific numbers like the groovy "Papa's Funkish Dance" and the avant-Dixieland "Natal Chart," he transcends clichés, using expressive embouchure control and myriad extended techniques to emphasize the tunes' traditionalist motifs—rather than irreverently deconstructing them. It is his heartfelt lyricism on tender ballads like "Irina" and "Just A Simple Song" that is most telling however—romantic, not mawkish.

Released on the eve of Altschul's 70th birthday, The 3dom Factor is a compelling overview summarizing his entire career. Bolstered by the laudable contributions of his sidemen, the record is both a modern masterpiece and a singular highlight in an impressive discography.