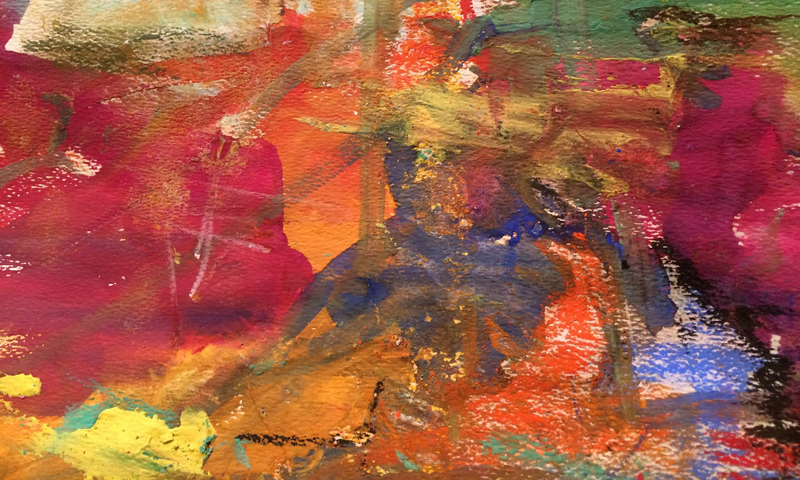 BY MARIO DUEñAS
January 12, 2016
Sign in to view read count
About Mario Dueñas:
Mario Dueñas was born in Guayaquil, Ecuador. He was introduced to the piano at the age of 5, developing a special interest in harmony, and soon began a self-teaching process through record transcribing and bibliographic studies. Years later, Mario established a variety of ensembles to further explore both the languages of composition as well as performance.

Teachers and/or influences?
I began discovering harmony at approximately the age of five. I had no piano teacher; instead, I dedicated to transcribing records. First, this was a huge challenge, given my lack of understanding of music notation. I began assigning numbers to both simultaneous and consecutive sounds. As the years passed, I began reading a wide variety of books on harmony, rhythm, history and philosophy, expanding my perception towards the way music has been explored by some of the greatest minds of the past and present.

I knew I wanted to be a musician when...
The difficulty of this question lies in the way I understand what is to be a musician; not necessarily as a career, but as the act of dedicating great amounts of time both to exploring musical creations as well as to creating music. So, in this perspective, I found myself diving into such reality, the moment I began assigning numbers to sound, attempting to interpret what I listened and later to create my compositions. This path has continued since then.

Your sound and approach to music.
Music is mysterious. Why certain sounds affect our emotions in such a way to produce positive or negative effects? When we consider something beautiful, what do we really mean? Is beauty ultimately real as an objective property present in life and its elements or is it a subjective construct of the mind?

This are questions which precede any musical inquiry. The reason is because most of us tend to label some sound or rhythm as beautiful and dedicate time to study it through imitation and later incorporating such ideas to our sound, yet failing to notice the question in the background of such educational actions we take: either such beauty is real or not. If beauty is just a mere subjective construct developed sociobiologically, then any claim of beauty will just be subjective to our time and space; and therefore, even the most "beautiful" solos, compositions, or performance could not be properly labeled as ultimately beautiful, but only as subjectively beautiful. What we belief to be beautiful today may be ugly for a future time and space; all because of a relativistic interpretation of the nature of beauty.

While this belief could be true, it is interesting that most musicians study, compose and perform as if beauty was an objective property of life, pursuing its path intensively; so it becomes hard to find consistency within the passion of the musician and the common relativistic worldview found within the artistic field. This seems to me an interesting fundamental problem, it is not a musical problem in itself, but rather a philosophical one; and had remained the basis of my inspiration for both my music and life, leading me to reject such belief. I do believe in beauty, therefore I seek it. This metaphysical questions go deeper into the core of our individual interpretation of reality.

Your teaching approach
Teaching should reflect both the mind of the teacher as well as that of the student. The challenge lies in being able to understand the learning abilities as well as the aesthetic preferences of the student. Some learn music to be able to replicate a sound, others to create sounds for others to replicate, and even others to compose while performing, and so on. To be able to create a proper balance of teaching both the theory and practice while fulfilling the individual desires of the student, is the main challenge.

Your dream band
Every project will have a particular philosophy of music, ensemble and production. I decided to begin with an electric solo piano project and would certainly in the future desire to experience a big band sound.

Road story: Your best experience
My best experience has been with a trio I entitled Voces Del Más Acá (Voices From Beneath). This live performance project was presented in Ecuador and featured my first instrumental original compositions, accompanied by great friends. This concept remains in my mind as the bedrock for my current compositional perspective.

Favorite venue
While I live in South Texas, I had the beautiful experience to perform regularly at the Half Moon Saloon located in Brownsville. An amazing venue, with an outstanding sound and visual production. Every single time I performed there, was full of joy and fresh energy, always backed up by such a beautiful audience. Great memories.

Your favorite recording in your discography and why?
I recently released my debut album entitled Beliefs. It was conceived as a suite of six movements, each corresponding to a particular belief. I sincerely enjoy listening to it several times, given the improvisational nature of each spontaneous composition, it makes me wonder how each composition captured the essence of abstract thought, while at the same time, being aware of the uniqueness of each moment. This is what I enjoy the most of the album; the spontaneous meditation on each belief, all into a single concept. Listen to it, when life is still and quiet.

What do you think is the most important thing you are contributing musically?
I believe conceptual albums bring another aspect of life to the contemporary flow of music nowadays. Hopefully the audience agrees.

Did you know...
Most of what I have come to learn musically derives more from both critical listening and thinking; and later by improvising. Philosophy has offered a broader scope of the way I interpret life and therefore music.

How would you describe the state of jazz today?
Promising. The future looks bright.

What are some of the essential requirements to keep jazz alive and growing?
Constant innovation. This is to me the main requirement. Without innovation, art suffers.

What is in the near future?
Mystery. Meanwhile, compositions are still being written.

What is your greatest fear when you perform?
To fail to enjoy the moment. Despite the fact that the result could be successful to the ears of the audience, it would still certainly constitute as a failure to me.

What song would you like played at your funeral?
An improvised performance.

What is your favorite song to whistle or sing in the shower?
Confirmation by Charlie Parker.

By Day:
Enjoy life with my beautiful family.

If I weren't a jazz musician, I would be a:
Student of philosophy and finance. Both great forces that move the world.

What do you believe most people take for granted?
Their metaphysical beliefs. Most of us, human beings, spend more time sharing our opinions rather than defending them; but how can we defend that which we do not really understand. To know ourselves remains one of the greatest challenges of life.