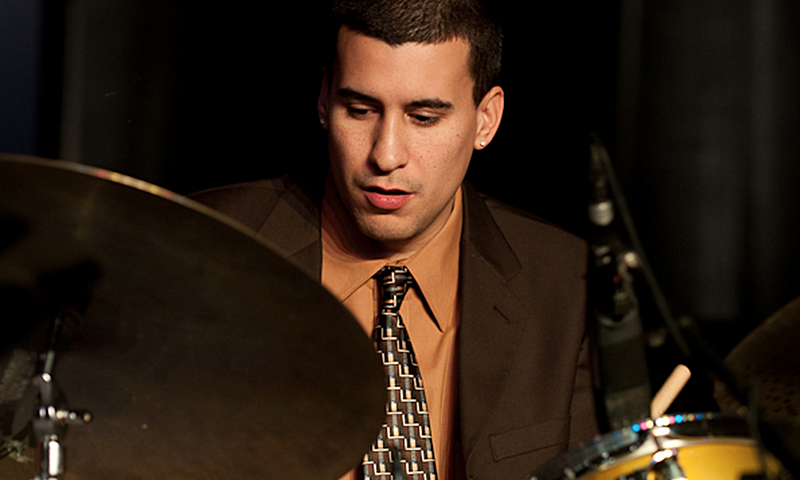 By David Potter
August 24, 2017
Sign in to view read count
About Dave Potter
Dave Potter is quickly becoming known as a formidable musician. He has performed with many well-known jazz artists and recorded four albums with Jason Marsalis. Following his graduation from Florida State University in 2005, he was chosen from a national pool of applicants to be a member of the Louis Armstrong Quintet at the University of New Orleans. Unfortunately, the tragedy of hurricane Katrina temporarily ended his hopes for a career in Louisiana. In the spring of 2006, Dave was awarded a full scholarship to the prestigious Julliard Jazz Program in New York City. However, after several days of intense meditation he declined the offer and returned to Florida State University, where he received his Master's Degree in the winter of 2008 after further collaboration with his mentor Marcus Roberts. In 2010, Potter was featured in a novel entitled The New Face of Jazz about the younger generation of jazz musicians currently making an impact. Dave is now located in Atlanta where he maintains a busy teaching and performing schedule while also touring the globe as a member of The Jason Marsalis Vibes Quartet. In August of 2017, his first album was released internationally on Summit Records entitled You Already Know.

Teachers and/or influences?
I have been very lucky to be taught and mentored by a multitude of great musicians including Dr. Andrew Sioberg who introduced me to jazz, followed by Leon Anderson, Rodney Jordan, and Marcus Roberts who were my professors at Florida State University. Jason Marsalis continues to provide me with knowledge and mentorship as I serve as a member of his group. I try to listen to as many master drummers as possible, but some of my primary influences are Jeff Tain Watts, Frankie Dunlop, Tony Williams, Jo Jones, Max Roach, Elvin Jones, Philly Joe Jones, Roy Haynes, Adam Cruz, Gregory Hutchinson, Billy Cobham, and Dennis Chambers.

I knew I wanted to be a musician when...
The initial practice session I had on my very first drum set at age 15. There was an immediate connection to the instrument and the immense joy and sense of personal fulfillment that it brought me.

Your sound and approach to music.
I think my sound encompasses not only all of my musical influences, but the experiences I have had in this world. I love all kinds of music, but jazz is my favorite and I make no apologies for that. My music is firmly rooted in the 100 years of recorded history of jazz, but it also influenced by the funk, r & b, rock, pop, and hip hop that I grew up listening to as well as the classical and latin music that I grew to love during my musical studies. I love music with a lot of energy and feeling, but groove is at the forefront of everything I do.

My approach to music is pretty simple and straight forward. To use a quote from Branford Marsalis, I try to "play what the music tells you to play." In other words, playing things that fit the context of the song or musical situation, and hopefully, I have done enough study on the backend to have the vocabulary or knowledge to do so.

Your teaching approach
I think the two most important things that I stress to students are to build a solid foundation of fundamental technique on your respective instrument coupled with the intense listening study of great musical performance.

Your dream band
I struggle when folks ask me about my dream band because I definitely have thought about the question before but as I get more experienced I feel that I would rather play in those members own bands versus an "all star" concept where people are unfamiliar with each other. I really regret the fact that I will never be able to play with Kenny Kirkland or Michael Brecker. Those two would definitely be on the list. I would also love to play with Branford Marsalis, Kenny Garrett, Miguel Zenon, Joe Lovano, Danilo Pérez, Bob Hurst, and Cecile McLorin Salvant among others.

Road story: Your best or worst experience
The best road experience would have to be performing at the St. Bart's Music Festival two years in a row with Jason Marsalis. If you ever get to go, you will quickly see why celebrities and the ultra-rich constantly choose it for their vacations. It is truly and island paradise in every sense of the word.

The worst road experience was one in which the travel or accommodations were the problem. We had just began a two week tour and on the second day I thought I either had the beginning of head cold or allergies. By the 4th day I had a full blown fever of 102 along with body aches, congestion, etc. We were traveling to different destination almost every day and the schedule was very tight so I just continued to take over the counter medicine and tried to play through it. Upon returning home, the doctor told me that I had a bad sinus and ear infection the whole time and that I needed antibiotics immediately. I love going on tour, but being sick on the road is no joke.

Favorite venue
The Jazz Corner in Hilton Head, SC. They just do everything right. The acoustics are great, the backline is excellent, the food is 5 star, and they treat the musicians like royalty. A lot of the big city venues should take notes on how to properly run a jazz club from them.

Your favorite recording in your discography and why?
That would be the most current one which is You Already Know because it is the most recent and best representation of where I am in my life and musical journey.

What do you think is the most important thing you are contributing musically?
Swing.

Did you know...
I am a huge movie buff, although, one of my big problems is that I have close to perfect recall with them, so I can usually only watch the same movie once every 10 years or so. Otherwise I remember everything that happens verbatim and it ruins the experience for me.

The first jazz album I bought was:
Monk's Dream by Thelonious Monk and I hated it for the first year I had it, but now it's one of my all-time favorites.

How would you describe the state of jazz today?
Probably the worst it has ever been in the history of the music. I don't mean to sound bleak, but I always try to be honest. There are very few older players that are interested in playing jazz music and even less younger ones who want to truly study it. The problem really lies within the community (or currently lack thereof) failing to decide what to believe in and maintaining a standard of excellence in which to hold each other accountable for.

What are some of the essential requirements to keep jazz alive and growing?
I think the biggest element is the musicians deciding if they really want to play jazz. No one has to if they don't want to. I love playing all kinds of music, but I choose to play jazz knowing that I'm not going to be rich and famous and it's a very difficult music to learn how to play. Many of the musicians I come into contact with nowadays are really more interested in playing pop music, which is fine, but they want to present the pop or avant-garde music that they are playing as jazz in order to try and get some level of artistic cachet for it, which in 2017 isn't really that valuable to be honest because the culture in this country doesn't view jazz as high art anymore. If the folks that really want to learn and play the music can come together and build a community, then I think we can make some progress because every time I get the chance to play good jazz for ordinary people, more often than not, they enjoy it.

What is in the near future?
I will be touring as a leader this fall with my band to promote my first album. I have a new record coming out in January with Jason Marsalis that I am very excited about.

What is your greatest fear when you perform?
Being unprepared.

What song would you like played at your funeral?
I'm actually not too big on music at funerals, but I'll be dead so I guess whatever the living folks want to play. Hopefully something good.

What is your favorite song to whistle or sing in the shower?
Unfortunately I can't whistle, but I love to listen to sports talk radio in the shower.

If I weren't a jazz musician, I would be a:
Comedian.

If I could have dinner with anyone from history, who would it be and why?
Miyamoto Musashi. He is widely regarded as one of the greatest Japanese swordsmen who ever lived. I always thought his discipline was extraordinary.