“Music is always in motion,” states Jason Marsalis, and whenever he’s behind the drum kit, the music moves with graceful swing and crackling intensity, hurtling away from the familiar into fresh, exciting territory, like a bullet train headed from New Orleans to Chicago and on to destinations unknown.

Music in Motion, Marsalis’ second recording as a leader/composer, portrays this express journey from the past and the present to the future of jazz. The fuel? High-grade, premium rhythm, of course, supplied not only by the twenty-three year old drummer, but also by his team of young engineers: John Ellis (tenor sax), Derek Douget (alto & soprano sax), Jonathan Lefcoski (piano) and Peter Harris (bass). This record taps into the rhythmic potential of all these instruments, as well as new compositional avenues created by incorporating unusual rhythms into the jazz idiom, which keeps the music chugging briskly through seventy-four minutes of sinuous original material.

The track “Maracatu de Modernizar,” for example, is “based upon a northeastern Brazilian dance rhythm put inot a modern jazz context,” says Marsalis. Similarly, the track “Seven-Ay Pocky Way” utilizes a New Orleans second-line groove in 7/4 time, but Marsalis makes a distinction between two types of second-line music: “The traditional style, composed and performed by Paul Barbarin, Jelly Roll Morton, Baby Dodds, and Louis Armstrong, and the funk based second-line of the Mardi Gras Indians, the Wild Magnolias, the Meters, and so forth. ‘Seven-Ay’ is straight out of the Wild Magnolias tradition.”

Tradition, of course, is something Marsalis understands deeply. Not only is he a part of the famous New Orleans jazz tradition, which has created innumerable legendary drummers, such as Warren “Baby” Dodds, Ed Blackwell, James Black and Herlin Riley, he belongs to a renowned musical family; his father Ellis and older brothers Wynton, Branford, and Delfeayo have dramatically influenced the jazz world for almost two decades.

Jason is no exception, possessing the technical virtuosity, innate rhythmic aplomb and the compositional ingenuity associated with his forbearers. But deep roots haven’t prevented him from also developing a refreshingly progressive approach, fueled by eclectic influences (he’s just a likely to reference Igor Stravinsky, Tito Puente and Billy Cobham as Max Roach and Art Blakey) and diverse professional associations in his native New Orleans.

In the last several years, besides studying classical percussion at Loyola University, he’s worked as a sideman in contexts ranging from his father’s modern trio and other local straight-ahead combos to funk fusion bands, a Brazilian percussion ensemble, and even a Celtic group. He’s also joined acclaimed pianist Marcus Roberts’ trio, a partnership fostering creative growth in Marsalis which Roberts recently described as a “spectacular…He’s shaped his own vocabulary far beyond anything I could have shown him.”

In addition, Marsalis co-founded Los Hombres Calientes, a unique cross-cultural group which fuses Latin, Afro-Cuban, African and other styles with modern jazz to create a gourmet New Orleans gumbo. This group has released two groundbreaking recordings, both on Basin Street Records, and, thanks to consistently dazzling live performances, continues to make waves on the international music scene.

Marsalis’ debut recording with his own band, The Year of the Drummer (Basin Street Records), which came out in late ’98, reflected this wide spectrum of influences, as well as the drummer’s knack for incorporating atypical compositions and experimental nuances, such as layered drum over-dubbing and unusual tempos and time signatures. Music In Motion takes these elements to the next level, aided by a band which has developed a tighter, more invigoration rapport, allowing for cohesive sojourns into more challenging terrain.

Marsalis describes the track “It Came from the Planet Nebtoon,” for example, as “our version of group oriented improvisation without changes (in nebulous fashion). The lineage of neb goes from Ornette Coleman’s ‘Free,” to Herbie Hancock’s ‘Madness,’ to Wynton’s ‘Knozz Moe King,’ to name a few, and is still growing. Even though the compositional form is AABA, once the solos start, just hold on to your, uh…well, hold on to something and go fro what you know!”

Of course, there is more straight forward material on the record, such as the tender ballad “On the First Occasion,” or the gentle excursions “Short Story #1,” “Treasure” and “The Sweeper.” But there are also many surprises in store for the listener, such as the short interludes at the end of several tracks where Marsalis’ drums accompany a mesmerizing metallic tonal vibration, which, if you listen closely, is actually a voice from a computer program saying “Music is in motion all the time, always moving, developing…” Deftly woven drum over-dubs on “Discipline Strikes Again” create a fascination network of interlocking rhythmic layers, portraying what Marsalis might sound like with a dozen hands and feet. And a hidden last track consists of an extraordinarily adroit whistling solo, in which Marsalis draws from a vast library of jazz melodies.

For Marsalis, all of these diverse styles, moods, textures and playful investigations are necessary to keep jazz vital as it continues its journey into the next century. “I want to bring a lot of new ideas into jazz, and expand on the tradition,” he says. “If jazz is to keep moving forward, all of the musical styles in jazz history have to be advanced while including musical styles outside the jazz realm. Now that…is Music in Motion. Show less

Musicians On The Suncoast Jazz Festival Roster Say They Are Looking...

Jazz Progenies Jason Marsalis and Simone Share a Double Bill at the...

Are You a 'Jazz Nerd'? Jason Marsalis Revisits and Clarifies the Term

The Ellis Marsalis Quintet Featuring Delfeayo and Jason Marsalis, the...

In A World Of Mallets 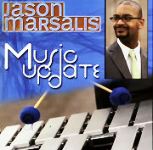 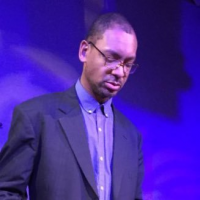 All About Jazz musician pages are maintained by musicians, publicists and trusted members like you. Interested? Tell us why you would like to improve the Jason Marsalis musician page.