By FLORENCE WETZEL
October 4, 2009
Sign in to view read count 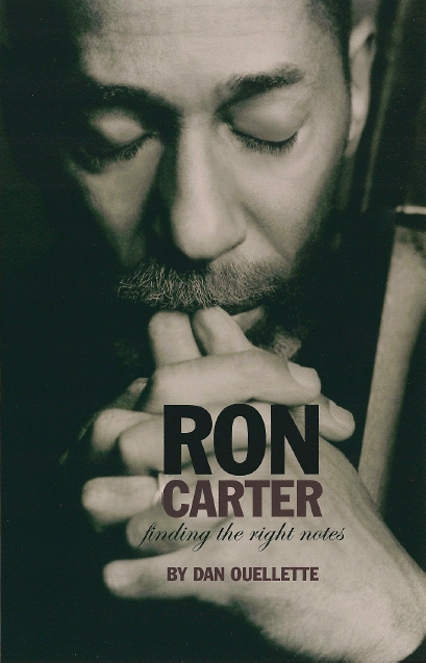 The new biography of bassist Ron Carter possesses everything one could desire: an introduction by noted jazz writer Nat Hentoff, a judicious discography, copious photographs, and a stream of well-researched facts and anecdotes about Carter and his 50+ years as a professional musician.

Born May 4th, 1937 in Ferndale, Michigan, Carter started cello lessons at age 10, then switched to bass in high school. At first he played classical music and only dabbled in jazz, but in Carter's last year of college, an eminent conductor told Carter that he would never find work in an orchestra because he was black. Initially Carter was devastated, but he switched his focus to jazz and moved to New York City in 1959, where he was immediately appreciated as a unique talent.

It's probably easier to list who Carter didn't play with, but his musical cohorts over the years include Sonny Rollins, Bill Evans, Eric Dolphy, Coleman Hawkins, Chet Baker, Benny Goodman—the list literally goes on and on. And of course there's Carter's tenure in Miles' legendary '60s quintet. Ouellette does an excellent job diving into the inner workings of this historic group, including delicious anecdotes such as the time Carter accidentally stepped on Miles' trumpet.

As the book unfolds, it's difficult to believe that one man could have achieved so much. In addition to his prodigious jazz output, Carter's bass is omnipresent throughout the latter half of 20th century music, including classical, pop, rock, hiphop, jingles, and film and TV themes. There's also his career as an educator, which includes nearly 20 years at the City College of New York, private students such as Victor Bailey and Larry Grenadier, and his current position at Juilliard. Equally impressive are Carter's achievements as a human being: throughout his career he has been a role model of sobriety, punctuality and professionalism.

Ouellette has done a fine job bringing Carter to life and searching out the many threads of his multi-faceted career. Carter's history is jazz' history, making this book a must for all jazz fans.