By DOUG COLLETTE
November 10, 2019
Sign in to view read count 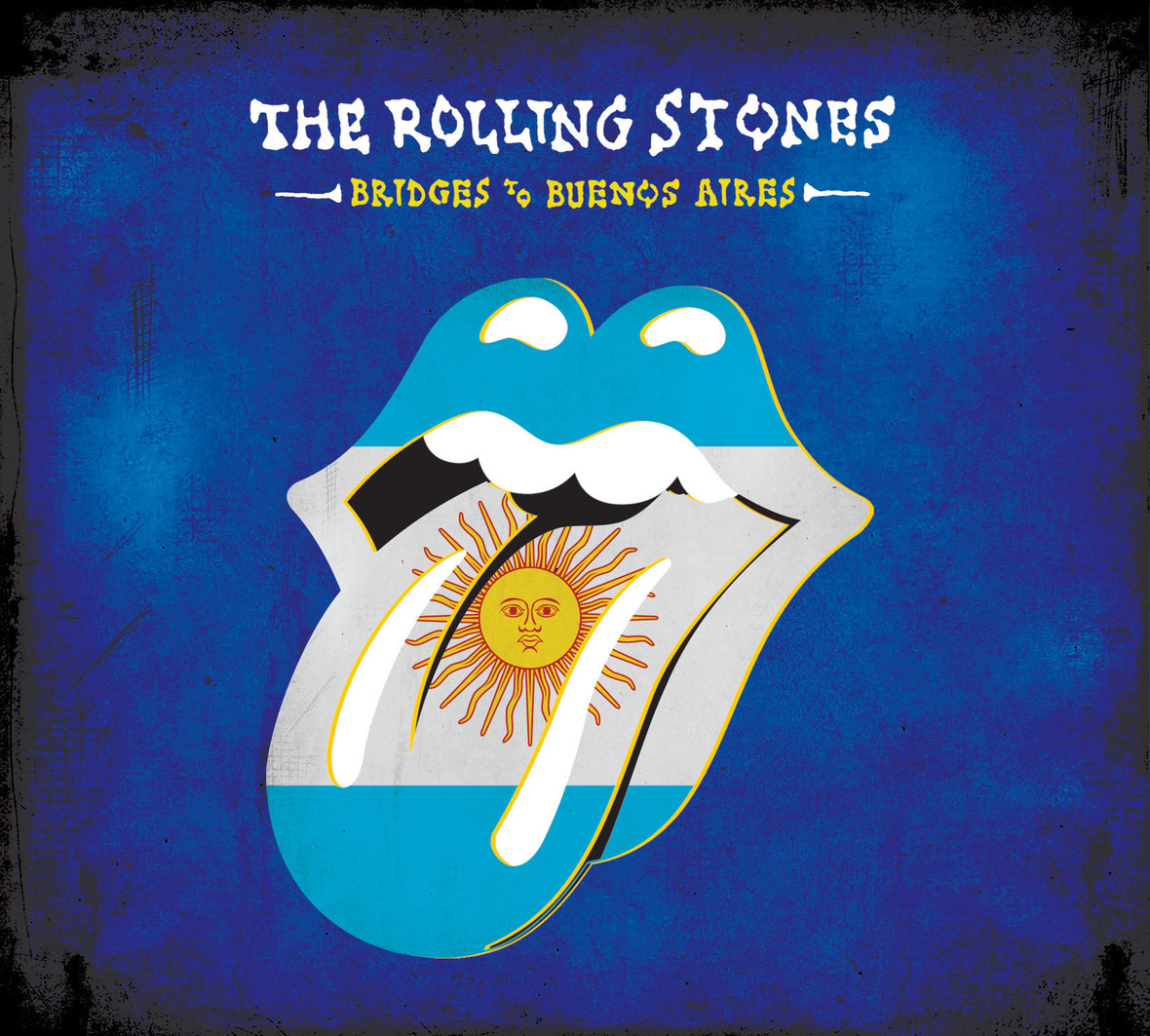 Bridges to Buenos Aires is the second The Rolling Stones concert release this year from the iconic band's world tour in support of Bridges to Babylon (Virgin America, 1997). And, while the decision may be questionable from a marketing point of view , the fact is this second title has every bit the production and perhaps even more passion and precision in the playing so evident in Bridges to Bremen (Eagle Rock, 2019).

It won't do to pick and choose from this set list though. And not because, with few exceptions, it's quite similar to the previous release. By the time the Stones generate momentum here, the flow of the two and half-hours has already become quite remarkable, a process that actually begins to take hold about half-hour in, when lead vocalist Mick Jagger straps on an acoustic guitar for "Sister Morphine,"

The frontman's acted more like a cheerleader than a singer up to that point, exhorting an already excited Argentinian audience during a couple hoary chestnuts in the form of "(I Can't Get No) Satisfaction" and "Let's Spend the Night Together." But on this a rarely-played selection from Sticky Fingers (Rolling Stones, 1971), Jagger has time to exhibit what vocal control he commands, hitting, bending and stretching notes like the great blues singer that he is (he does the same on harmonica later during "Out of Control").

The two guitarists in the band are right with him too. Ronnie Wood's bottleneck playing is akin to the sound of skeleton bones rattling, while Keith Richards' rhythm chording has the inevitability of mortality. Anyone who's questioned this duo's fretboard partnership in the wake of Mick Taylor's departure will have reason to pause and (re)consider how much the former's learned from the latter, who reaffirms his distinction as the quintessential rock and roll musician.

At this point, though, there been hardly a lick of Chuck Berry as used to introduce "It's Only Rock 'n' Roll (But I like It)." But the sound of guitars ringing like bells permeates that tune and those played on the mini-stage in the middle of the stadium floor about ninety minutes into this show. "Little Queenie" sounds even more randy than when the Stones trotted it out in 1969 and while Mick muffs up "When The Whip Comes Down" while playing an electric guitar himself—he thinks its "Respectable," a justifiable mistake as its also from Some Girls (Rolling Stones, 1978)—this interval is the signpost to a discernible rise in the intensity of the playing.

Perhaps it's because of the close proximity of the musicians to each other. The core group of six is crowded together in such a small area that bassist Daryl Jones is practically on top of keyboardist Chuck Leavell, who is himself jammed up right behind ever-present powerhouse drummer Charlie Watts. Regardless, when this twenty minutes is done and the musicians head back to the main stage, the familiar percussion bedrock of "Sympathy For The Devil" confirms this comparatively intimate interlude is simply the launch point of a furious homestretch for the concert.

Here's an object lesson in musicianship conjuring up just the proper pacing. By all appearances, at this juncture, the performers are enjoying themselves as much as a hyperactive crowd that was singing along early on (and continued so incessantly their chants seemed to trigger Jagger's animated antics, not the other way around). And it's not just vocalist Lisa Fischer running wild, the woman who ripped it up on "Gimme Shelter" roughly and hour prior or her counterpart Bernard Fowler who gave an emphatic boost to the extended groove of "Miss You" near mid-show: the entire thirteen-piece ensemble is relishing the dance party.

Pictured in this brightly-designed sixteen-page booklet along with a grinning Bob Dylan—who popped in for a ragged take on "Like A Rolling Stone"—even the four-man horn section, including Exile On Main Street (Rolling Stones, 1972) era veteran saxophonist Bobby Keys, plus erstwhile Beach Boy Blondie Chaplin, romp along through a breathless string including, but not limited to, "Tumbling Dice," "Honky Tonk Women" and "Brown Sugar." All those sound as uplifting as the riff from "Start Me Up" was designed to be and the latter anthem is here too, sequenced in such a way that, by the time fireworks explode and the Jumbotron seems to light up around the giant proscenium on a stage where side ramps allowed both Jagger and Richards to get up close to the fans, it's the musicianship itself that ignites the excitement.

Which makes for a logical conclusion to this video and, needless to say, the two CD's in this package as well. Audio remastered by Mazen Murad is as sharp as directors Jim Gables' and Dick Carruthers' film edits, timed to the playing from the very start. So it is the Rolling Stones demand attention here for the way they distinguish themselves as a band: their indefatigable performance is the foundation for all the flash that erupts around them on Bridges to Buenos Aires.