Elton John at the FedEx Forum 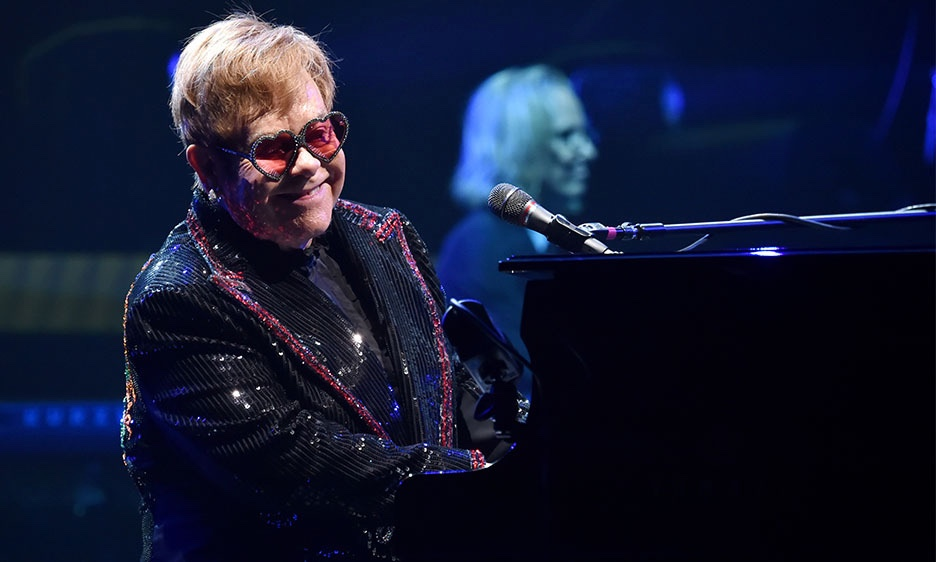 "But the point of "Rocketman" isn't self-aggrandizement. It's fan service of an especially and characteristically generous kind. It's certain that Elton John has nothing left to prove, but it's also possible that he's underappreciated. He has been part of the pop-music mainstream for so long—more than 50 years!—that the scope of his genius and the scale of his accomplishments risk being taken for granted. Nearly all the dozen or so songs you hear in this movie were originally recorded within the span of about seven years, and they represent the tip of a musical iceberg with few rivals."

Is this possible? The short answer is yes. Elton John's career crosses several named generations, including Baby Boomers, Generation X, Millennials, and Centennials. The Elton John of my Baby Boomer attention ended with the release of 21 at 33, subsequently picking up for my Generation X wife with The Fox. My Millennial child remembers Elton John only for "Can You Feel The Love Tonight" from the soundtrack of The Lion King (Walt Disney Pictures, 1994), preferring the urban allure of hip hop and rap. Fifty years of music goes a long way and John's appeal to multiple, disparate, generations is the often ignored testament to his cultural value.

That underappreciation extends to Baby Boomer me as I paid little attention to Elton John after Goodbye Yellow Brick Road (MCA, 1973). For that matter it was years after my introduction with Madman Across the Water (Universal, 1971) that I fully appreciated what I consider his finest recording, Tumbleweed Connection (Universal, 1970). Those two recordings, along with Elton John (DJM, 1970), 17-11-70 (DJM, 1971) and later Honky Château (Universal, 1972) bear the contemporary influence of The Band, and particularly, Levon Helm, for whom John composed "Levon." With The Band's Robbie Robertson, John was a master purveyor of 19th Century agrarianism, capturing a brilliantly skewed Norman Rockwell vision of America. Listen to "My Father's Gun" and tell me that is not so. It is fitting that a Canadian and Englishman were the ones to best do this.

After Honky Château, John came into his own in much the same way Led Zeppelin did when that quartet released Physical Graffiti (Swan Song, 1975). Don't Shoot Me, I am Only the Piano Player (MCA, 1972) was John's Houses of the Holy (Atlantic, 1973) on his way to his commercial masterpiece, the double-LP Goodbye Yellow Brick Road (MCA, 1973). Which brings us to the present. Elton John's Farewell Yellow Brick Road tour came to Memphis, Tennessee's FedEx Forum, Wednesday, October 30, 2019. As stated, this is John's swan song, as he is set to retire from performing after 50 years of having done so at the end of next year.

John's appearance in Memphis was brought into question when he cancelled his Saturday, October 26th show in Indianapolis due to "feeling extremely unwell." After rescheduling that concert for March 2020, John made his Monday, October 28th show with bells on.

To be fair, Elton John made more music after Goodbye Yellow Brick Road than before it, all well represented in his 23-song set with two encores. That said, Yellow Brick Road necessarily provided the most songs to the performance. John's setlist was well established, one of the many things reflecting his recent Las Vegas residency. He opened his show with two songs from GYBR "Bennie and the Jets" and the ringer of the tour "All the Young Girls Love Alice" a perfect salacious foil to be placed in the show, setting a muscular tone that was to be reflected in John's excellent vocals on the night.

A solo "Border Song" came before the first concert highlight, "Tiny Dancer" from Madman featuring musical director Davey Johnstone's slide guitar substitution for the original pedal steel. Always tasteful and teasing, Johnstone would continue to rise to the occasion as the night proceeded. "Indian Sunset," also from Madman featured the long time John percussionist Ray Cooper, who, like Johnstone played such a large part in the evening. Characteristically, John played an extended "Rocket Man," its coda extending the song to an exciting conclusion only to be followed by an incendiary "Take me to the Pilot."

The pinnacle of the performance came in the geographic center of the concert with "Levon." Never one to give studio performances of his songs live, John strategically reharmonizes "Levon" ever so slightly in the first verse as to signal that this will be no rote reading. We have truly neglected that an excellent pianist Elton John is and he made sure that the listener knew it in his extended performance of Madman touchstone. His singing clipped and tight, John presented this and all of his material as if he meant it and as if he was enjoying himself. "Levon" rightly was chosen for this position in the show, having been many listener's introduction to John.

Most impressive was the lean and taut forces John employs on this tour. Leading a percussion-laden septet, John forged a solid wall of sound with which to express his 50 years of music making. In addition to Johnstone and Cooper, the band consisted of bassist Matt Bissionette, percussionist John Mahon, keyboardist Kim Bullard, and drummer Nigel Olsen, who has been with John from the beginning. All background vocals were provided by the band, giving an overall impression of a hometown feel (if that hometown is Las Vegas...but that can be forgiven, the experience honed this show into the the perfect juggernaut that it is. The show closed characteristically with "Saturday Night's Alright For Fighting" with a dual encore of "Your Song" and, what else, "Goodbye Yellow Brick Road." Ever thankful to the audience, Elton John penned his farewell with golden gratitude and appreciation. His like will, necessarily, not be seen again.

Setlist: Bennie and the Jets | All the Girls Love Alice | I Guess That's Why They Call It the Blues | Border Song | Tiny Dancer | Philadelphia Freedom | Indian Sunset | Rocket Man (I Think It's Going to Be a Long, Long Time) | Sorry Seems to Be the Hardest Word | Someone Saved My Life Tonight | Levon | Candle in the Wind | Funeral for a Friend/Love Lies Bleeding | Burn Down the Mission | Daniel | Believe | Sad Songs (Say So Much) | Don't Let the Sun Go Down on Me | The Bitch Is Back | I'm Still Standing | Crocodile Rock | Saturday Night's Alright for Fighting. Encore: Your Song | Goodbye Yellow Brick Road.