By JACK BOWERS
November 9, 2019
Sign in to view read count 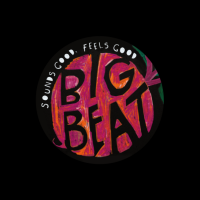 So what can be reported about Big Beat, an eighteen-piece ensemble from New Jersey whose debut album, Sounds Good, Feels Good, is more pop / rock than jazz, more "hip / contemporary" than straight-ahead / traditional? First, that the band certainly Sounds Good as a unit, skating easily through an assortment of backbeat-heavy themes that consist in large measure of full-throated riffs by brass and reeds and requisite exclamation points from drummer Joe Spinelli. On the other hand, there's not much here that would challenge most professional bands; it's essentially garden-variety rock recast to suit a larger group's makeup. Having said that, Big Beat does its best with the material at hand to make it bright and agreeable.

Problem is, the material simply isn't that impressive to begin with, encompassing as it does one energetic but otherwise unassuming composition each by trombonist / co-leader Caleb Rumley and saxophonist / co-leader Phil Engsberg, four more in a similar vein by vocalist Allison McKenzie (who is out front on seven of the album's nine tracks), Stevie Wonder's "Knocks Me Off My Feet," Jill Scott's "It's Love" and the Jackson Five staple "I Want You Back." McKenzie has a pleasing voice and sings on-key; it's a shame that no more than a handful of words or phrases in any lyric (save for Jackson's relatively even-tempered "Off My Feet") can be clearly understood, no matter how inflexibly a listener may be focused. Perhaps that's an inherent quality of pop / rock—the sentiment is paramount, not so much what is being said (or sung). If that is the case, McKenzie earns high marks for earnestness and enthusiasm, somewhat lower grades for diction and clarity.

ADVERTISEMENT
Besides singing, McKenzie wrote the thumping opener, "I Wanna Talk with You," along with "I'll Be Burning for You," "All the Love" and the exhortative finale, "Miss America." Although improvisation seems more a postscript than an axial point, there are brief but respectable solos by Rumley and fellow trombonists Adam Machaskee and Tim Newman, tenors Dane Alexander and Matt Tischio, trumpeter Chris Rogers, flutist Sam Tobias and pianist Will Dougherty. As for rhythm, Spinelli heeds his percussive muse and the others follow suit. Big Beat has chosen its own groove and, for better or worse, lays it down with dexterity and assurance. No one can censure the band for that.

I Wanna Talk with You; Knocks Me Off My Feet; I Want You Back; Just Too Much; It’s Love; I’ll Be Burning for You; All the Love; A Penny for Your Thoughts; Miss America.