Home » Jazz Articles » The Empire Jazz Orchestra: Out of the Mist 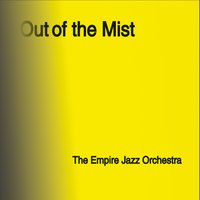 Out of the Mist is the sixth album (and first in a studio) recorded by the Empire Jazz Orchestra, a professional repertory ensemble founded in 1992 and in residence since then at Schenectady County (NY) Community College. While there is no comprehensive theme underlining its latest enterprise, the EJO's stated purpose is to perform music from the earliest days of jazz to its most contemporary manifestations. In that spirit, Out of the Mist embraces compositions and arrangements from Chick Corea, John Coltrane and Chico O'Farrill to Ernie Wilkins, Clare Fischer, Lee Morgan, Johnny Richards, Duke Pearson and Sir Charles Thompson (whose jazz standard "Robbins' Nest" was arranged by Gil Evans). To add fuel to the fire, the orchestra has enlisted the services of the outstanding Latin-based trumpeter Ray Vega, a veteran of bands led by Tito Puente, Mario Bauza, Mongo Santamaria and many others.

Vega springs into action immediately, soloing sharply on Pearson's handsome arrangement of Corea's "Tones for Jones Bones," and is heard to good effect later on Morgan's lyrical charmer "The Joker" (arranged by Rob Lussier) and O'Farrill's arrangement of the enchanting standard "Tenderly" (complete with ardent Latin midsection). Two more venerable standards, "Old Devil Moon" and "Makin' Whoopee" (both neatly scored by Jim Corigliano, who also wrote the well-grooved "Walkin' the Dog") are capably sung by Colleen Pratt. Alto saxophonist Keith Pray authored the agile "Blues for P.G." (Paul Gonsalves), arranged Coltrane's zestful "Giant Steps" and is showcased on Wilkins' "Geller's Cellar," a sunny theme that has undergone a number of name changes (for Lanny Morgan, it was "Morgan's Organ"; for Glenn Kostur, "Glenn's Den," and so on).

Trumpeter Steve Lambert, tenor Brian Patneaude and drummer Bob Halek shine on "Giant Steps," Patneaude and fellow tenor Kevin Barcomb on "Blues for P.G." Patneaude and Lambert are front and center again on Richards' "Out of the Mist," Corigliano (clarinet) and pianist Cliff Brucker on "Robbins' Nest," guitarist Mike Novakowski and trumpeter Jon Bronk on "Walkin' the Dog." Soloists are admirable, the rhythm section (anchored by Halek) unflappable, the ensemble as a whole sagacious and self-assured. An agreeable hour of high-caliber big-band jazz.

Title: Out of the Mist | Year Released: 2016 | Record Label: Self Produced