Duke Pearson was an American jazz pianist and composer. All Music Guide notes him as being a "big part in shaping the Blue Note label's hard bop direction in the 1960s as a producer. Born Columbus Calvin Pearson, Jr. in Atlanta, Georgia, Pearson first studied brass instruments at the early age of five, but dental issues forced him to pursue another instrument and he started to learn the piano. His budding talent moved his uncle to give him the nickname Duke, a reference to jazz legend Duke Ellington. He attended Clack College while also playing trumpet in groups in the Atlanta area before joining the United States Army in the early 1950s. Pearson continued to perform with different ensembles in Georgia and Florida, including with Tab Smith and Little Willie John, before he moved to New York, New York in January of 1959

This show features a wide variety of new and old jazz, including piano music from Dabin Ryu and Marcin Wasilewski, vocals from Marty Elkins and Champian Fulton and a live track from Birth of the Cool-era Miles Davis. Playlist Henry Threadgill Sextett “I Can't Wait Till I Get Home" from The Complete Novus & ...

Cory Weeds With Strings: What Is There To Say? 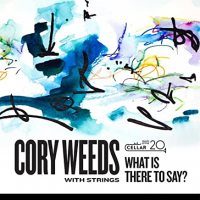 Tenor saxophonist Cory Weeds continues to search for new ways to explore and expand his personal musical horizons. In the release What Is There To Say?, Weeds looks to the expression “everything old is new again" and delivers an album backed by a fulsome string section reminiscent of sessions that both Charlie Parker and Bobby Hackett ...

Even if ghost tracks existed well before the invention of the compact disc, they certainly became a less rare occurrence in the era of the silver disc. So, if you belong to the CD-generation, you are certainly familiar with the sense of surprise and joy that comes at the end of an album when, as you ...