Charles Phillips Thompson, was born on 12 March 1918, in Springfield, Ohio. After starting out on violin Thompson switched to piano and was playing professionally by his mid-teenage years. During the mid- to late 30s he played with several notable territory bands in the south-west, including that led by Nat Towles. In 1940 he was briefly with Lionel Hampton's big band but preferred small group work, although he regularly wrote arrangements for musicians including Count Basie and Jimmy Dorsey.

During the 40s and 50s Thompson worked with leading jazzmen such as Lester Young (who bestowed upon him the title by which he was subsequently known), Coleman Hawkins, Illinois Jacquet, Jimmy Rushing and Buck Clayton, the last an especially important musical associate.

Through the 60s he continued playing with Roy Eldridge, Clayton and other major artists, and also led his own groups, often switching to organ. Poor health slowed his career in the 70s but by the 80s he was back on the scene again, playing at numerous venues around the world.

A particularly effective ensemble player, Thompson's work in the Clayton bands of the mid-50s ably demonstrated his understated skills. His solos display a calm assurance, a largely unused affinity for the blues and a delicate touch on ballads. “Robbins' Nest”, a jazz standard, is his composition. This is also the name of his 2000 release on which was recorded live at Chicago's Jazz Showcase 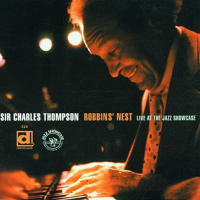 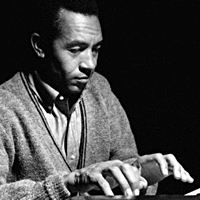 All About Jazz musician pages are maintained by musicians, publicists and trusted members like you. Interested? Tell us why you would like to improve the Sir Charles Thompson musician page.