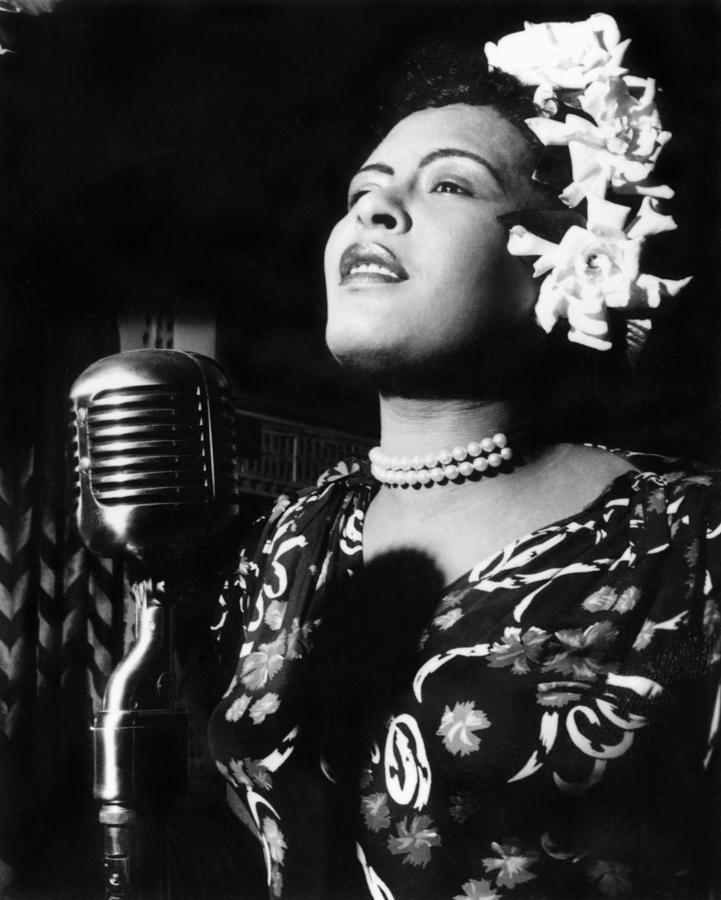 slideshow
PHILADELPHIA, PA: As a special birthday gift to the woman widely considered to be one of the greatest vocalists of the 20th century, The Philadelphia Music Alliance Walk of Fame is proud to welcome Billie Holiday as its newest inductee today on the 100th anniversary of her birth in the City of Brotherly Love.

Billie Holiday, aka “Lady Day,” is only the first of this year’s inductees to be announced. The Philadelphia Music Alliance (PMA) will hold a press reception in late May to announce the rest of the Walk of Fame’s Class of 2015. Holiday and the rest of the new honorees will be formally inducted together in October during ceremonies along the Avenue of the Arts.

Billie Holiday was born Elinore Harris on April 7, 1915 in Philadelphia General Hospital on Curie Boulevard in West Philadelphia. As the official marker on Lombard Street west of Broad Street from the Pennsylvania Historical Museum and Commission says, “[S]he was called the greatest jazz vocalist of her time. Starting in 1933, she recorded with Benny Goodman, Teddy Wilson, and others. Notable songs include ‘Lover Man,’ ‘Strange Fruit.’”

Holiday's voice was limited in size and range, but the emotional breadth of her singing — her ability to transmit desire and despair with utter clarity, and without sentimentality — was astonishing. Her soulful, unique singing voice and her ability to boldly turn any material that she confronted into her own music made Holiday a superstar of her time. Today, she’s remembered for her masterpieces, creativity and vivacity, as many of her songs are as well known today as they were decades ago. Holiday’s poignant voice is still considered to be one of the greatest jazz voices of all time. Though she had numerous outside influences, notably Louis Armstrong and Bessie Smith, Holiday built her reputation through her inner passion and a vocal style that was at once emotive and rugged. A vast array of singers have taken inspiration from Holiday's music and style including Diana Ross—who played her in the 1972 film “Lady Sings the Blues"—to Annie Lennox and the late Amy Winehouse.

As Philly’s own Jill Scott tells Vanity Fair: “Billie Holiday is guts. She is guts, and pain, and challenges. She is the sweetest pain…. Her voice gave me permission to have pain on a record. To convey the heart’s heart. To be able to sing songs about what is happening in society, as well. She did all this with a lot of freedom. There wasn’t a bunch of production. It was just Billie Holiday, being herself. All the miseries and all the wounds, and then reporting it, basically, to society. That is an artist. There is a difference between being an entertainer and an artist, and Billie Holiday is a true artist.”

The Philadelphia Music Alliance Walk of Fame is a living tribute to Philadelphia’s rich music history and a vital force unifying the city’s diverse cultural communities along the Avenue of the Arts. Holiday’s induction furthers the renewed commitment by the Philadelphia Music Alliance to shed new light on the City's cultural legacy and incredible contribution to the world of music past, present and future as a major tourist attraction. This agenda to recognize more local music greats in all genres is part of the community based, non-profit organization's overall mission to encourage the creation, celebration and historical preservation of Philadelphia music, and the foundation of a renewed commitment to schedule multiple induction ceremonies each year.