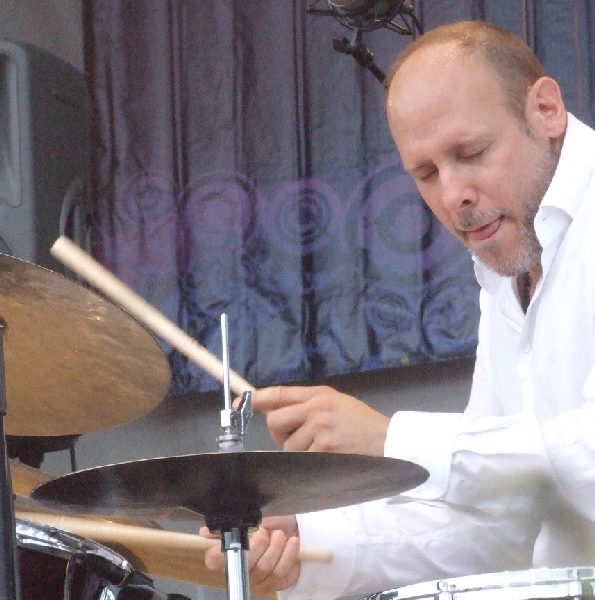 slideshow
It’s not every day that Dun Laoghaire plays host to one of the world’s greatest jazz drummers, so music fans are in for a tremendous evening on Wednesday 10th July when drummer Jeff Ballard swings by The Pavilion Theater with his band Fairgrounds, for one night only.

Modern Drummer, the world’s premier drum magazine has said of Ballard: “This much is unanimously agreed upon: In the hierarchy of jazz drummers, Jeff Ballard has climbed so high he can clearly see the summit.” High praise indeed. Ballard’s CV is second to none, and by the time he arrived in New York he already had a three-year stint with pianist/singer Ray Charles under his belt.

Since moving to jazz HQ, the Californian sticksman has also played with saxophonists Joshua Redman and Tim Garland, composer/bandleader Maria Schneider, guitarists Pat Metheny and Kurt Rosenwinkel, pianists Danilo Pérez, Chick Corea—and since 2005—Brad Mehldau. In short, Ballard has brought his dynamic polyrhythms to a who’s who of the greatest names in contemporary jazz.

One of the most technically gifted and musical of post Tony Williams drummers, Ballard co-leads the collective FLY, alongside bassist Larry Grenadier and saxophonist Mark Turner. And from co-leader to outright leader, Ballard brings with him to the Pavilion Theatre an absolutely stellar band - guitarist Lionel Loueke, pianist Tigran Hamasayan and bassist Reid Anderson.

Benin-born Louke has been described as a “genius virtuoso” by the New York Times. This most versatile of guitarists has played with trumpeter Terence Blanchard and pianist Herbie Hancock and is a leader in his own right. His album Heritage (Blue Note, 2012) has garnered widespread critical acclaim.

Anderson is one third of The Bad Plus, one of the most original of modern trios, whose fusion of jazz and rock is as vital as it is genre-defying. Reid is also a composer of note, and recently premiered The Rough Mixes – a collaboration between chamber orchestra, percussion and electronics.

Hamasyan is one of the most exciting of up-and-coming jazz pianists, drawing glowing praise from the likes of Hancock, Corea and Mehldau. Hamasyan has played with oud player Dhafer Youssef and percussionist Trilok Gurtu, who has said of the young Armenian: “He plays piano like a raga, the next Keith Jarrett.” Downbeat described his album A Fable (Verve International, 2012) as “poetic and haunting”.

Dun Laoghaire residents and those who make the short trip from Dublin or Bray are in for a special treat – the birth of what on paper looks likely to be one of the most exciting jazz quartets in a generation. Don’t miss Jeff Ballard Fairgrounds’ only gig in Ireland.

For tickets phone the box office on 01 231 2929 or visit the Pavilion Theatre’s website.