BY KARL ACKERMANN
January 11, 2017
Sign in to view read count 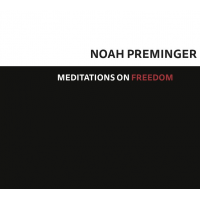 Open and civil discourse has always been a tenant of democracy. Recent political events in the U.S. have reduced that discourse to a crude, gutter-level low that has left an alienated population in its wake, marginalized and left without a strong voice. From the time of the Civil War, protest music has provided counsel for vulnerable segments of society. With Meditations on Freedom saxophonist Noah Preminger adds his voice to the ranks of Billie Holiday's "Strange Fruit" (Commodore, 1939), Charles Mingus' "Fables of Faubus" from Mingus Ah Um (Columbia, 1959), Nina Simone's "Mississippi Goddam" from Nina Simone in Concert (Philips, 1964) and Charlie Haden's Liberation Music Orchestra Not in Our Name (Verve, 2005).

Preminger's quartet of trumpeter Jason Palmer, bassist Kim Cass and Ian Froman on drums has been together on two recent releases, Pivot: Live At The 55 Bar (Self-Produced, 2016) and Dark Was the Night, Cold Was the Ground (Self-Produced, 2016). Paying homage to the Mississippi Delta Blues has been an extended objective of Preminger's and he applies some of the same techniques to the music of protest on Meditations on Freedom in that he is neither nostalgic nor dismissive of the source of inspiration.

The album opens with Bob Dylan's early civil rights classic "Only a Pawn in Their Game" from The Times They Are A-Changin' (Columbia, 1964) and takes a reverential approach to the original for much of its playing time before allowing for some heartfelt improvisation. "The Way It Is," Bruce Hornsby's more modern statement on prejudice and apathy takes an edgier slant compared to the ironically melodic original. Another anthem of the civil rights movement—Sam Cooke's "A Change Is Gonna Come"—has the delta blues feel and radiates emotion. The last of the cover songs is George Harrison's "Give Me Love (Give Me Peace on Earth)" which the ex-Beatle wrote as part of his ongoing humanitarian aid project to bring awareness to the plight of Bangladesh refugees.

In the spirit of the cover pieces, Preminger's original compositions broadcast the same sense of urgency. "We Have a Dream" swings in conveying a sense of hope while the environmentally focused "Mother Earth" has an urgency appropriate to the ravages of climate change. The time changes of "Women's March" reflect a renewed realization that we can too easily move one step forward and two back. "The 99 Percent" and "Broken Treaties" are studies in frustration and disengagement, both with elements of anger and melancholy but neither without hope.

At thirty years of age Preminger is quite prolific, with eight leader releases and an additional six as a sideman. He has shown a veracity in his dedication to a focused creative process and a confident world view in the scope of material he covers. With Meditations on Freedom, Preminger gives weight to the significance of our concerns and a wake-up call to those who disregard past history. This is his best music and his most important album to date.