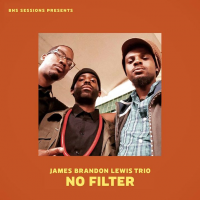 Lewis's inclination for trios is again at the forefront, this time with bassist Luke Stewart and drummer Warren G Crudup III, gifted musicians who take no prisoners. This younger crew may not be as recognized as Lewis's older counterparts but their performances speak volumes—gritty, funky electric bass and explosive percussive traps—that make an excellent foil for Lewis's tenor onslaught.

"Say What" broadcasts a raw vamp and a sampled quote expounding that the JBL trio does indeed paint with different colors. In the title track the trio work like punk rockers—punchy bass line, snappy drums and sax honks and noises. Lewis's horn urgently searches the history and present in "Y' All Sleep" with words by Brooklyn rapper P.SO the Earth Tone King and striking lines by guitarist Anthony Pirog.

"Zen" illuminates Stewart's flexing bass in a groove centric vamp while the closing track "Bittersweet" has a bluesy floating hook with singer Nicholas Ryan Gant providing some tasty falsetto jazz scatting. Lewis's No Filter incorporates specific cultural influences while reiterating the truth that art is not one dimensional or opaque.

Say What; No Filter; Y'all Slept; Raise Up Off Me; Zen; Bittersweet;