Visionary composer and tenor saxophonist James Brandon Lewis’s bravest, yet most palpable artistic feat, Days Of FreeMan, opens with a poignant and profound introductory monologue from a maternal sage. She says, “The best thing of living is living who you are. You can’t be somebody else; you gotta be what God gave you to be and who you are. You look in the mirror and see yourself and say ‘I’m James Brandon Lewis.”’Next, bass and drums congeal around the sapphire melodic motif of “Brother 1976,” recalling one of those jazzy jewel-like hooks from a 1990s Native Tongue hip-hop jam. The effect is like 1990s hip-hop’s fascination with jazz being spit back by a prodigious jazz innovator. Welcome to Days Of FreeMan.

James Brandon Lewis is one of the modern titans of the tenor. He’s received accolades from mainstream cultural tastemakers such as Ebony Magazine who hailed him as one of “7 Young Players to Watch,” and earned the respect of a diverse cross section of esteemed artists. James has shared stages with such icons as Benny Golson, Geri Allen, Wallace Roney, Grammy® Award-winning singer Dorinda Clark Cole, and the late “Queen of Gospel Music,” Albertina Walker. In bold contrast, James has also worked with such intrepid artists as Weather Report bassist Alphonso Johnson, William Parker, Gerald Cleaver, Charles Gayle, Ed Shuller, Kirk Knuffke, Jason Hwang , Marilyn Crispell, Ken Filiano, Cooper Moore, Darius Jones, Eri Yamamoto, Federico Ughi, Kenny Wessel, Marvin “Bugalu” Smith, and Sabir Mateen. In addition, he has collaborated with the dance company CircuitDebris under the direction of Mersiha Mesihovic. James attended Howard University and holds an MFA from California Institute of the Arts.

Currently, James resides in New York City where he actively gigs as a sideman and leads his own ensembles. In NYC, he is a co-founder of “Heroes Are Gang Leaders” with poet Thomas Sayers Ellis—a collective of poets and musicians—and he is a member of the collective “Dark Matter,” a conceptual musical collaboration exploring that which is invisible but is detected by it’s gravitational effects. Outside NYC, James is an active national and international touring artist with a highly respected profile. Some career highlights are playing such esteemed festivals as Winter Jazz Festival /Sony Okeh records Showcase with William Parker and Gerald Cleaver; The Eric Dolphy Festival with an ensemble featuring Grachan Moncur III, Richard Davis, Andrew Cyrille, Angelica Sanchez , Ted Daniel , and Alfred Patterson; and Princeton University as part of Fred Ho’s “Journey to the West,” an interdisciplinary dance and music project.

James is deep in an intrepid artistic continuum that explores identity and spirituality through challenging and awe-inspiring concepts and epiphanic playing that melds formalistic technique, bold exploration, and strains of gospel and blues. Each new James Brandon Lewis release presents a rich dialogue with his audience that is both fiery and cerebral. For his third album, Days Of FreeMan, he uses ideas from 1990s hip-hop to masterfully weave together threads of cultural identity, cross-generational identity, and personal reflection. “I didn’t grow up a hip-hop head, but where I grew up in Buffalo, New York, on Freeman Street, the sound of 1990s hip-hop was ubiquitous,” James says. “I decided to go back and explore that time through music.”

Days Of Freeman is imaginatively organized in chapters with classic hip-hop style breaks and interludes functioning as chapter breathers. Like the cross-cultural and generational mosaic on Freeman Street proper, the album invites the listener into many dialogues. It is a nod to 1990s hip-hop, and explores rhyme-scapes and the musical conventions of that golden age of hip-hop in a revolutionary way. The album also explores hip-hop as a culture through taking inspiration from the original four pillars of hip-hop: dance, rapping, graffiti, and DJ-ing.Days Of FreeMan also loosely functions as a memoir with an underlay of nostalgia for the carefree boyhood days of fly nicknames, basketball, and those first encounters with the transformative power of music. Adding to the power and emotionality of this thread on growing up, are pontifications on love, identity, and God peppered throughout the album, culled from informal conversations James recorded with his grandmother, Pearl Lewis. James’s immersive creative process to realize his vision for Days Of FreeMan include poring over hip-hop documentaries for up to eight hours a day, and dissecting albums by KRS-One, Digable Planets, Pete Rock & CL Smooth, A Tribe Called Quest, Medeski, Martin & Wood, along with fearless jazz trumpeter Don Cherry’s 1985 album Home Boy and Lauryn Hill’s 1998 masterpiece the Miseducation Of Lauryn Hill.

How all of this preparation plays out musically is stunning. For years instrumentalists held fast to the lofty notion of “singing through the instrument,” but on Days Of FreeMan, James aspires to MC through his tenor. The album’s title track perfectly captures the clipped cadence of a master MC with speech-like phrases and a long flowing solo that conjures up a blazing freestyle battle rap session. “Black Ark” traces the legacy of hip-hop from the balmy and pioneering dub explorations of Lee “Scratch” Perry in Jamaica (“Black Ark” is the name of his famed studio) to the burgeoning sounds of hip-hop blaring out in the Bronx. On “Lament for JLew,” in five vigorous minutes James ties together the dual lineages of classical music to hip-hop and classical music to rock using original classical-flavored motifs to illustrate the overlaps.The second to last track of Days Of FreeMan is the political and timely “Unarmed With A Mic” and is a reminder of hip-hop’s power as a form of protest music. On this track James plays with seething sentimentality. The album concludes with “Epilogue,” a reprise of the infectious melody of the opening track “Brother 1976.”

On the album James is accompanied by former Ornette Coleman Prime Time bassist Jamaaladeen Tacuma and Bill Frisell and Ravi Coltrane drummer Rudy Royston. Both took the weighty undertaking of album deeply, researching 1990s hip-hop jams for inspiration and vision. Their attention to the vocabulary of the era James sought to explore, and their panoramic musicality and sympathetic musical skills, match James’s artistic ideal to authentically and thoroughly fuse genres and cultures without pandering to trends in jazz-groove records. The record also features a guest spot from the gifted freestyle rapper Supernatural on the track “Days Of FreeMan.”

Days of FreeMan has turned out to be one James Brandon Lewis’s most ambitious works, and, interestingly enough, his most accessible. Reflecting on this intriguing duality he says: “The artist is charged with taking creative risks, but the universe lined up this time and I was able to connect with my audience conversationally.”

“James Brandon Lewis, A Jazz Saxophonist In His 30s, Raw-Toned But Measured, Doesn’t Sound Steeped In Current Jazz-Academy Values And Isn’t Really Coming From A Free-Improvising Perspective. There’s An Independence About Him, And On “Days Of FreeMan” (Okeh), He Makes It Sound Natural To Play Roaming, Experimental Funk, With Only The Electric Bassist Jamaladeen Tacuma And The Drummer Rudy Royston, And Without Much Sonic Enhancement. The Record Sounds A Little Reminiscent Of What James Blood Ulmer And Ornette Coleman Were Doing In The Late ’70s And Early ’80s — On Records That Included Mr. Tacuma — But It’s Not Clearly Evoking A Particular Past. Maybe It’s An Improvised Take On Early ’90s Hip-Hop, As Mr. Lewis Has Suggested, But It Sounds Less Clinical Than That. It Sounds Like Three Melodic Improvisers Going For It." —The New York Times

“James Brandon Lewis, A Jazz Saxophonist In His 30s, Raw-Toned But Measured, Doesn’t Sound Steeped In Current Jazz-Academy Values And Isn’t Really Coming From A Free-Improvising Perspective. There’s An Independence About Him, And On “Days Of FreeMan” (Okeh), He Makes It Sound Natural To Play Roaming, Experimental Funk, With Only The Electric Bassist Jamaladeen Tacuma And The Drummer Rudy Royston, And Without Much Sonic Enhancement. The Record Sounds A Little Reminiscent Of What James Blood Ulmer And Ornette Coleman Were Doing In The Late ’70s And Early ’80s — On Records That Included Mr. Tacuma — But It’s Not Clearly Evoking A Particular Past. Maybe It’s An Improvised Take On Early ’90s Hip-Hop, As Mr. Lewis Has Suggested, But It Sounds Less Clinical Than That. It Sounds Like Three Melodic Improvisers Going For It." —The New York Times

"With a debut as strong as Moments, Lewis certainly has the potential to be a strong, innovative voice in jazz." —John Barron

"Tenor saxophonist James Brandon Lewis, who refers to himself as a creative musician, successfully unhinges the stifling constrictions of genre on his debut album Moments and emerges with a sound that is both unique and expansive." —Ebony Noelle Golden 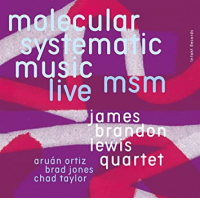 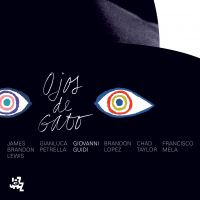 All About Jazz musician pages are maintained by musicians, publicists and trusted members like you. Interested? Tell us why you would like to improve the James Brandon Lewis musician page.