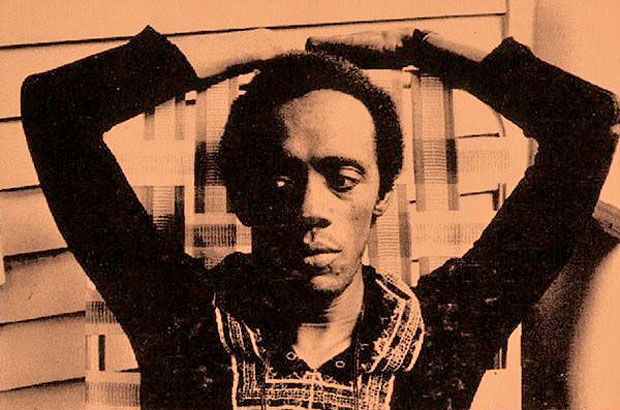 By Nic Jones
April 11, 2012
Sign in to view read count
[Editor's Note: For the inaugural installment of his new column, in which he monkeys around on the margins of jazz and improvised music, Nic Jones takes a look at the often overlooked and undervalued multi-instrumentalist, Marion Brown.]

Reed player and percussionist Marion Brown's music is a singular thing. Through his associations in the 1960s—not the least of these being as a sideman on John Coltrane's Ascension (Impulse!, 1965)—he might, in many peoples' minds, be associated with the New Thing of that time and little else. While this is a useful reference point it tells only part of the story, as his was expression which, for all of its iconoclastic tendencies, also exhibited a preoccupation with a tradition which in turn (as is so often the way with such things) came out with the passing of time and the gaining of experience and knowledge.

If Ascension can be viewed as the coming together of a fair percentage of those musicians preoccupied with "the new" at the time, it can also be considered as a celebration of stylistic diversity. Neither Brown nor his fellow alto saxophonist John Tchicai show any overt affinity for what had, by that time, become Coltrane's galvanic approach, and by turns—and despite the notional double quartet concept echoing Ornette Coleman's Free Jazz album (Atlantic, 1960)—the white heat of the music in the moment still doesn't result in uniformity of surface. Hence the reason why Brown's solo on "Edition II" of Ascension displays, albeit in unequal measures, an overt preoccupation with the free, with all the fire this can imply, and a more measured, considered approach to accommodating the moment.

But it's true to say that the meditative aspects of Brown's music, which again only become obvious over the course of time, are subsumed within that album's febrile environment. Yet his take on the new itself was to evolve considerably, and at an extraordinary rate. Three for Shepp (Impulse!, 1966), the title itself an echo of Archie Shepp's Four for Trane (Impulse!, 1964), was recorded eighteen months after Ascension and the music on the opening "New Blue" is an amalgam of febrile energy and predetermination. The result has urgency about it but, as with all worthwhile music, this is but a facet of the art.

Anger is, of course, a viable means for artistic expression, but what's apparent if we consider the trajectory of Brown's association with the Impulse! label is that his anger, in as much as he felt any, was subsumed within wide-ranging concerns which shaped the character of his work not only as an instrumentalist but also as an organizer of sound—a description which is closer to the truth of the matter than "composer" even if the interactional relationship between composer and musicians is held in the highest esteem.

Afternoon of a Georgia Faun (ECM, 1970) is far more indicative of a major shift in emphasis. By this time Brown's music had become something which quietly demanded that its players also be virtuoso listeners. The presence of the likes of saxophonist Anthony Braxton and dru9mmer Andrew Cyrille ensures that this isn't a problem, while Chick Corea commits to posterity some of the most extraordinary work he's ever put on record. Despite this—or, indeed, perhaps because of it—the degree to which Brown was now preoccupied with his "Own Thing" as opposed to the "New Thing" could not be more pronounced.

Geechee Reflections (Impulse!, 1972) was recorded by a percussion-heavy ensemble in June of 1973. On the surface the music owes some debt to the Art Ensemble Of Chicago and the Creative Construction Company from more or less the same period, but by comparison this is music that's highly inscrutable, and thus perpetually intriguing. Repeated listening is not dissimilar to the business of peeling an onion—albeit without the tears—in that further skins or layers are revealed every time the ear is cocked, so much so in fact that the entire album has the feel of one piece of segmented music. Sweet Earth Flying (Impulse!, 1973) is, by comparison, flirtatious with fusion, albeit with the rock element usually swathed in layers of distilled reflection, with the cumulative effect of the music amounting to the opposite of easy comparison with anything, even some other Marion Brown album.

For whatever reason, these last three albums amount to both an oeuvre in themselves and a strand of Brown's music which never made it any further, at least on record. Other facets of his artistry have their own rewards of course, but they're notably different to what went down on these occasions. Further discussion and analysis of why this is falls outside the limited scope of a piece like this, but in a way that's no bad thing as it can be argued that concentration upon these three titles reveals music that's as close to unique as anything in the recorded canon.