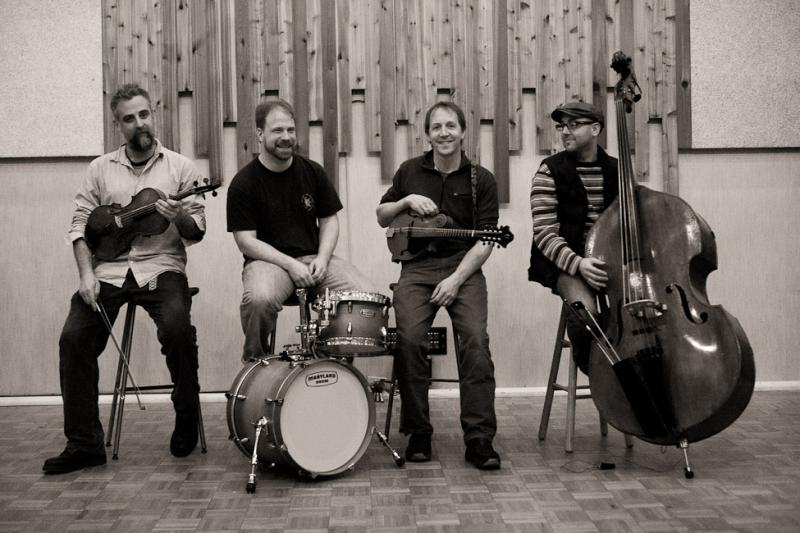 By Nic Jones
June 30, 2012
Sign in to view read count
While Paul Motian's music could be regarded as amalgam of the predetermined and the free, that tells only a small part of the story. Similarly, arguing that his drumming was a merging of Kenny Clarke and Sunny Murray is no more helpful, even as it hints at the freedom in his work. But at this moment in time, and of course in light of his recent death in November, 2011, it feels too soon to determine whether or not he was an innovator on par with those two gentlemen.

What is undeniable, however, is his good fortune in getting to be a bandleader, as a pretty extensive discography on the ECM and Black Saint/Soul Note labels highlight. Through these titles we're able to gauge the level of impressionism that was a mark of both his playing and his composing. Fellow drummer Jeff Cosgrove has obviously drunk deep of these bodies of work if For the Love of Sarah (Self Produced, 2011), by his Motian Sickness: The Music of Paul Motian ensemble is anything to go by. Motian's music, as realized through a quartet completed by violist Mat Maneri, mandolinist Jamie Masefield and bassist John Hébert, retains the slyly referential qualities that were an integral part of Motithe late drummer's musical personality, but the degree of originality is still sufficient to keep the notion of mere repertory at bay.

Indeed it could be argued that in recasting the music for drums and strings exclusively, the group mimics Motian only in the degree to which it's willing to take risks, which has the practical effect of imbuing the music with an unusual level of profundity. "Mumbo Jumbo," cut by Motian for ECM in 2006 on Garden of Eden, is marked by disrupted momentum, with no small element generated by the leader himself; it is, however, still an exercise in collective improvisation, with saxophonists Chris Cheek and Tony Malaby contributing in significantly. By comparison, the version on Cosgrove's album is airier, more gracious and less galumphing—due, in no small part, to Masefield's performance, despite playing an instrument that does not necessarily or immediately spring to mind, given the context. What's also noteworthy in this performance is that Cosgrove himself is a colorist on par with Motian.

As a whole, Cosgrove's quartet is appreciative of the implications of Motian's music—which, in essence, is one of those oeuvres where the surface amounts to considerably less than half of the overall content. Over thirty years ago, Motian had the foresight to employ underrated—and undervalued—saxophonist Charles Brackeen on 1978's Dance and 1979's Le Voyage (both on ECM), documenting the resultant creative tension between the two men. Cosgrove's group generates a different kind of tension, albeit one equally appreciative of the possibilities opened up by Motian the composer.

Because of this, their effort on record has the effect of opening things out even further, and in a way that lessens the importance of discussions of the free. It will always be a truism about Motian's music that the primacy of the moment was paramount and Motian Sickness highlights this.