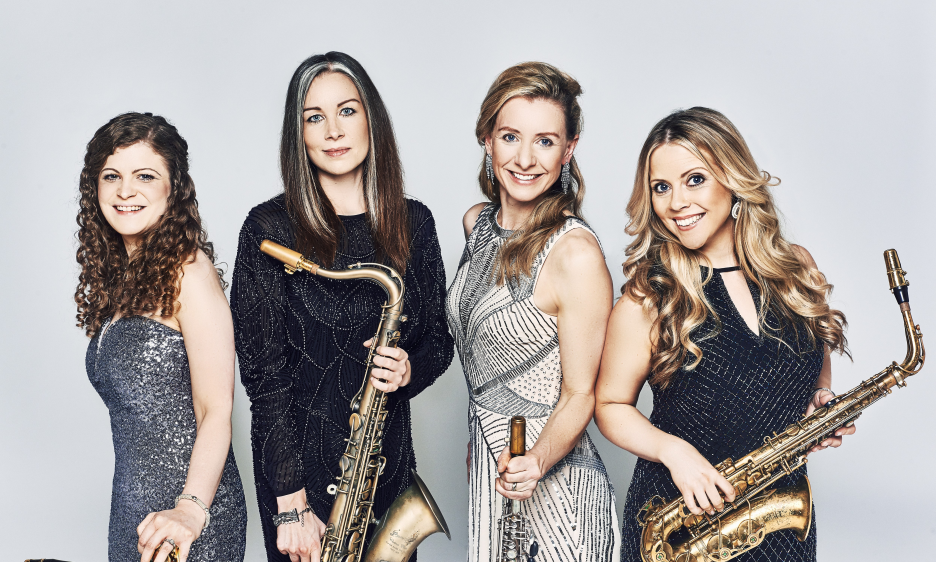 As part of the second London Saxophone Festival, a number of London jazz clubs and venues featured music played on this quintessentially jazz instrument. Invented by Adolphe Sax in Paris, 60 years before jazz came to life, it was designed as an intermediate instrument between woodwind and brass sections in the orchestra. The saxophone was designed in a series of timbres from deep baritone to tenor and from alto to soprano. Baritone was played by Jose Simmons, tenor by Hannah Riches, alto by Fiona Ashbury and soprano by Sarah Field Morland but they are all multi instrumentalists.

PizzaExpress Soho, a cellar jazz club for over 40 years, presented Marici Saxophones, the group of four lady saxophonists have worked and recorded together for almost ten years, after being classically trained at the Royal Northern and Guildhall music schools in England. They played several pieces from their album Light (Saxophone Records, 2017).

The purpose of this performance was to widen audience appreciation of the capabilities of the saxophone by crossing into the folk and light classical spheres. The group expressed all the nuances of the saxophone sound, delicately weaving a variety of soft and loud harmonies, usually unheard in the hard-blowing world of jazz. This was an excellent showcase for the instrument, in all its many shades.

After a Michael Nyman composition whimsically named "Chasing sheep is best left to Shepherds," they passed to music composed by the baritone saxophonist Jose Simmons who drew her inspiration from Irish folk music. The four movements in her suite were a lively jig, and a slow ballad reminiscent of a haunting acapella solo Irish song. The third movement was called Tune, and the fourth was a repeating dance Reel. The natural choice of instruments for this music would have been fiddle and accordion, accompanied by the Irish hand-held drum, the bodhran, but the saxophones carried the bass, rhythm and the lively themes with high energy and flow. Then, on to music composed by Sir Richard Rodney Bennett, famed for his theme for the movie "Murder on the Orient Express." They played three of his country dances.

There were no jazz standards for the audience to hold onto; this was thought-provoking, wide-ranging, even global subject matter, performed with precision. The instruments interlaced and blended to produce rich, powerful harmonies and themes which ended with crisp finishes. This was a showcase of everything the saxophone can do separately and together.

An impressive performance, exquisitely correct technically, which included their own compositions to fill out the paucity of arrangements available specifically for saxophone quartets.